Red Bull wasted no time in kicking off the celebrations after a standout performance at the Mexican Grand Prix. 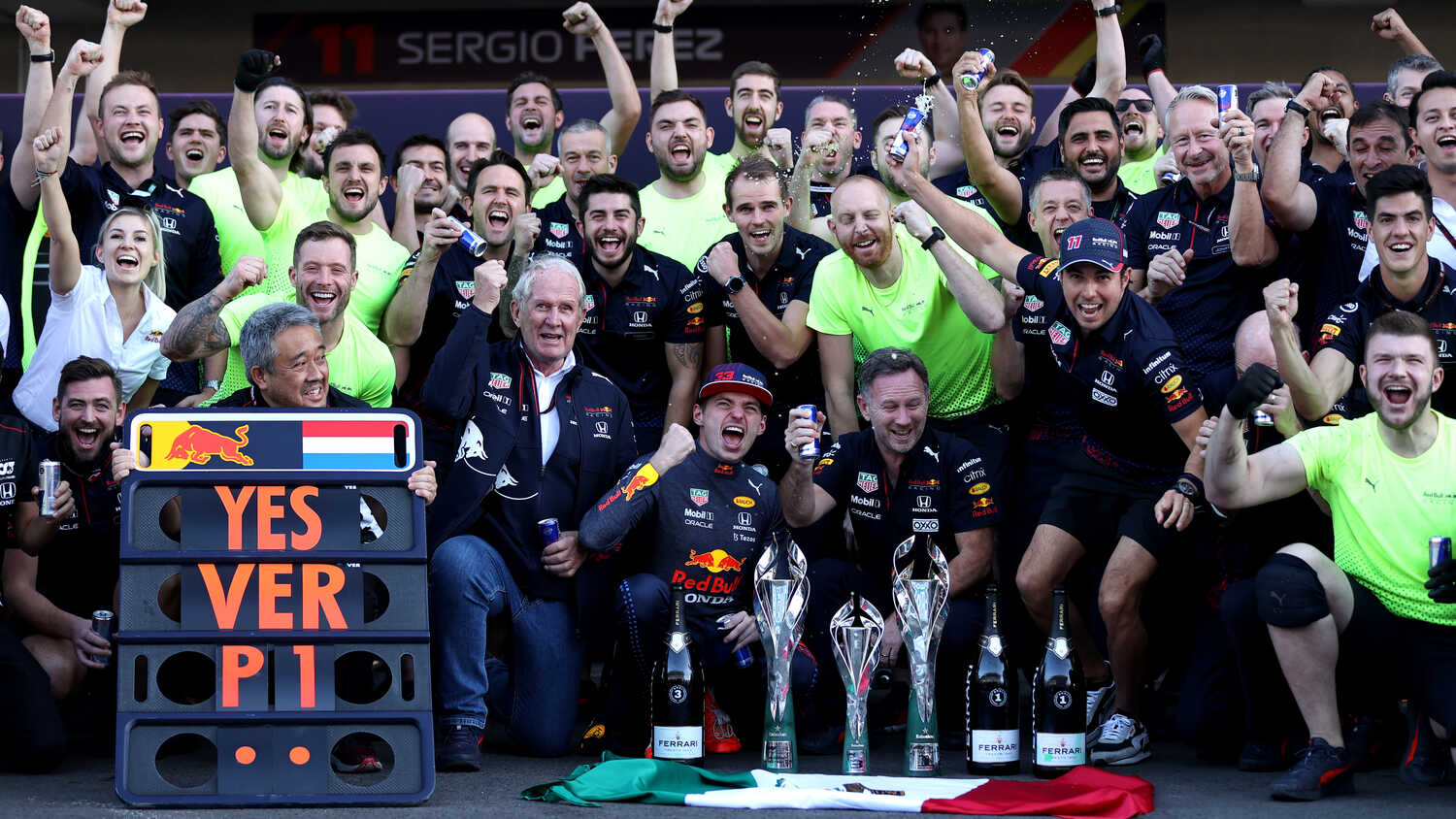 Red Bull were certainly in a celebratory mood after seeing Max Verstappen and Sergio Perez finish the Mexico City Grand Prix on the podium.

Although Mercedes clinched their first front-row lockout of the season on Saturday, it all went Red Bull's way in Sunday's race. Things immediately got off on the right foot for the team when Verstappen took the lead at Turn 1 on the opening lap.

There was no stopping the Dutchman from there, as he cruised to victory ahead of World Championship rival Lewis Hamilton, who admitted after the race that Red Bull were superior all weekend.

The good news didn't end there for Red Bull, with Perez sending the Mexican crowd into a frenzy with a historic third-place finish.

It's the first time a Mexican has finished on the podium at their home race, and both Red Bull drivers wasted no time in celebrating the momentous results.

Check out the celebrations in the video below!