Verstappen and Red Bull respond in FP2 for French GP

After Mercedes impressed in FP1, Red Bull answered back in the second practice session for the French GP with Max Verstappen taking top spot ahead of Valtteri Bottas and Lewis Hamilton. 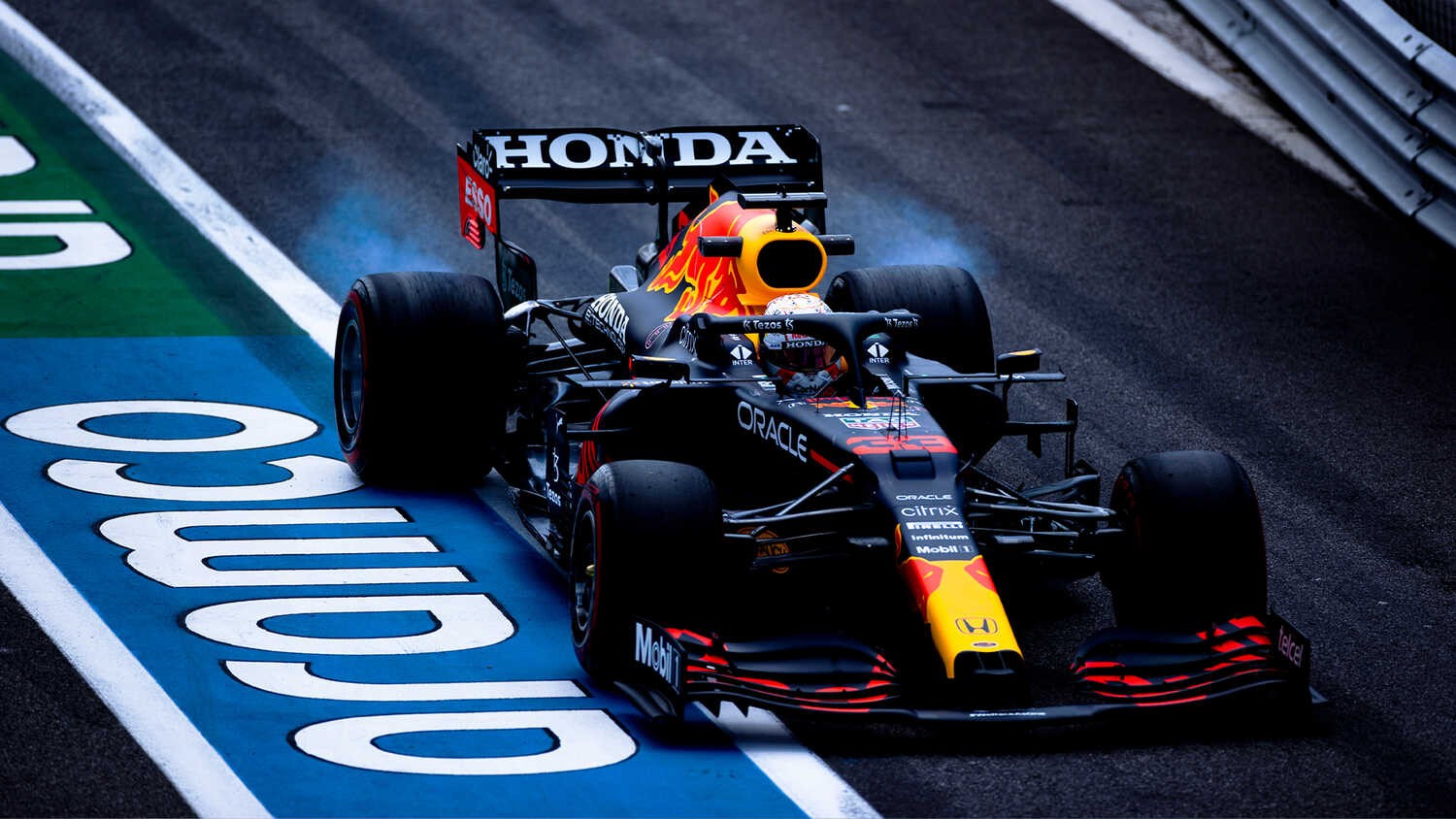 Max Verstappen finished with the fastest time in FP2 for the French Grand Prix, finishing just 0.008s up on Valtteri Bottas with Lewis Hamilton rounding out the top three.

The Dutchman set his time of 1:32.872 halfway through the session on the soft Pirelli tyres, ensuring Red Bull and Mercedes split the two Friday practices after Bottas finished with the fastest time in the morning.

It was certainly a hot afternoon in France, with the track temperature hitting 46 degrees Celsius. Bottas was the driver to beat early on, setting purple first and second sectors on the medium compound tyres for a 1:32.880.

Hamilton slotted in just behind his teammate with the mediums. He improved on the soft compound later in the session, reducing the gap to Bottas to just over two tenths.

Although Bottas came out with the soft Pirellis later, he couldn't improve his time after struggling in the second and third sectors.

Esteban Ocon - who signed a new contract with Alpine earlier this week - had more success with the soft compound, finishing sixth after Fernando Alonso got the better of him later on to take fourth. Ferrari's Charles Leclerc found some pace later on as well to record the fifth fastest time.

Gusty conditions on Friday morning continued in the afternoon, with Norris running wide at Turn 6 along with Sainz. Nikita Mazepin became the first driver to spin his car at Turn 15.

Mick Schumacher ran wide as well, while Max Verstappen suffered some front wing damage while running through the tricky high kerbs, forcing the Virtual Safety Car out on track as a marshal picked up the debris.

Hamilton ran wide at the exit of Turn 14 in the closing stages, though he was running on 12 lap old tyres.

Elsewhere, Sergio Perez will be looking for some improvement after finishing down in 12th, while Aston Martin have some work ahead of them after finishing well off the pace in 15th and 16h.