Verstappen scorches the field in FP3 for the French Grand Prix

Red Bull driver Max Verstappen set a blistering time during the third and final practice session for the French Grand Prix, topping the timesheets by over seven-tenths of a second! 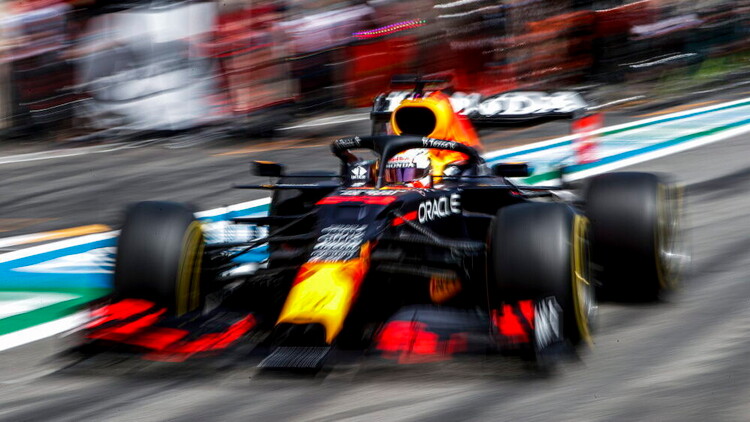 Max Verstappen topped the third and final practice session in the lead-up to the French Grand Prix with the Dutchman beating Mercedes' Valtteri Bottas by over seven-tenths of a second!

Ferrari's Carlos Sainz was third with championship protagonist Lewis Hamilton finishing fifth over nine-tenths down on his title rival.

Despite the conditions being much cooler today, the session got off to a slow start with all 20 drivers staying in their garages as the first ten minutes elapsed.

It was Haas driver Nikita Mazepin who got things underway with his teammate Mick Schumacher following him out onto an empty circuit. Sergio Perez was the first of the lead drivers to go out with the Mexican using the soft compound tyre and heading to the top of the timesheets.

The session then sprang to life at around the 15-minute mark with a flurry of drivers heading out on the circuit. Alpine's Fernando Alonso lead the timesheets with McLaren's Daniel Ricciardo and his teammate Esteban Ocon rounding out the top three.

The Mercedes pair of Hamilton and Bottas finally made their way out to set their first laps just after 20 minutes, with the Finn going eight-tenths quicker than his teammate. The Mercedes drivers were immediately beaten by Verstappen who pipped Bottas by .009 of a second proving how tight things were at the top of the standings.

As the 30-minute mark went by the order at the top changed with Bottas leading Verstappen after the Dutchman had his lap time deleted for exceeding track limits. AlphaTauri's Gasly then set a time that was good enough to take the Frenchman up to fourth.

Hamilton then improved to second, though the reigning world champion was still two-tenths slower than his teammate. The British driver would fall further down the standings with Sainz and Perez both going quicker. Verstappen would then proceed to annihilate the field setting a time of 1.31.300, seven-tenths quicker than Bottas in second a position he would maintain until the end of the session.

Hamilton would fail to improve on his lap time with the British driver clearly struggling for pace around the French race track.