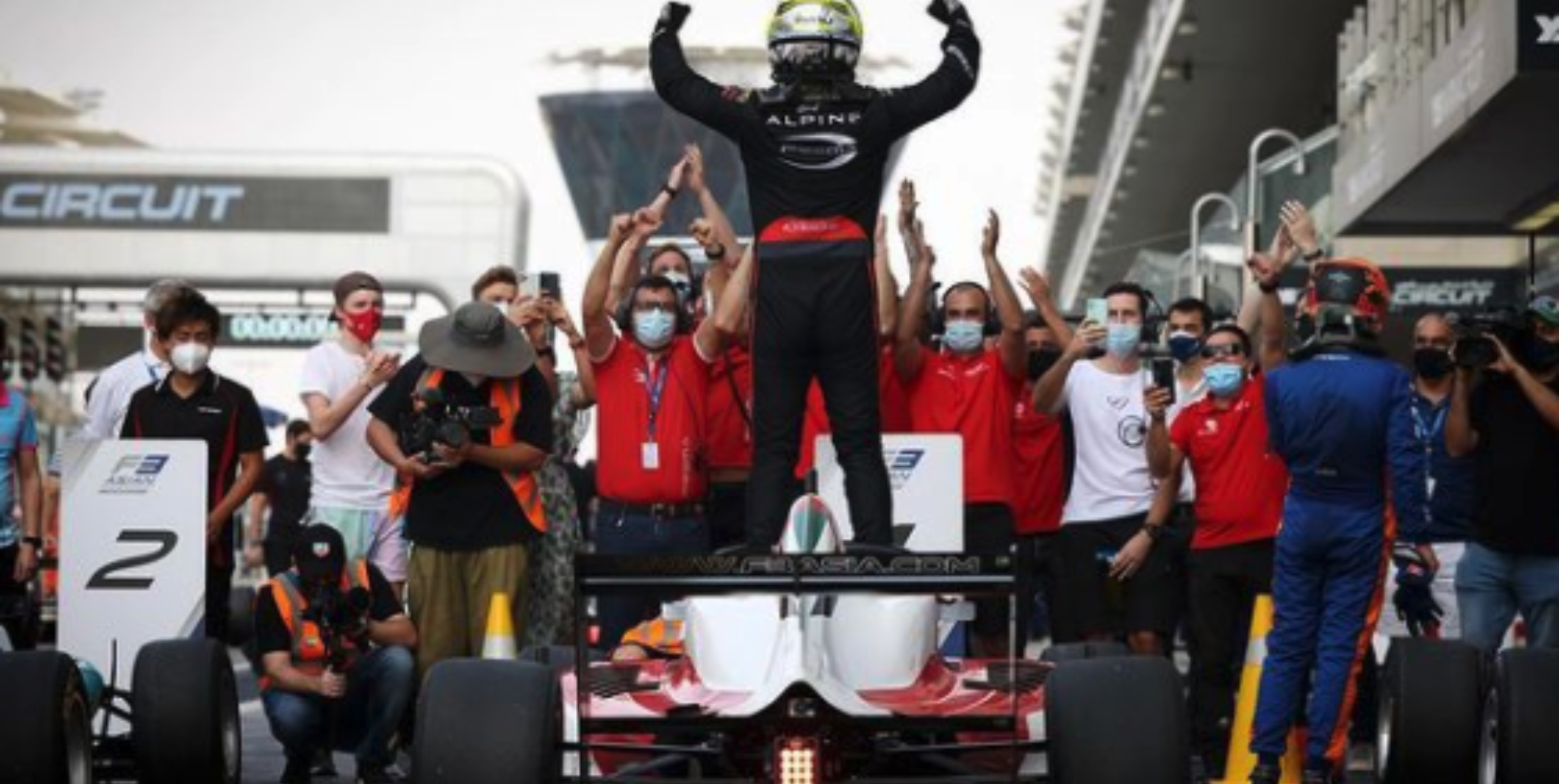 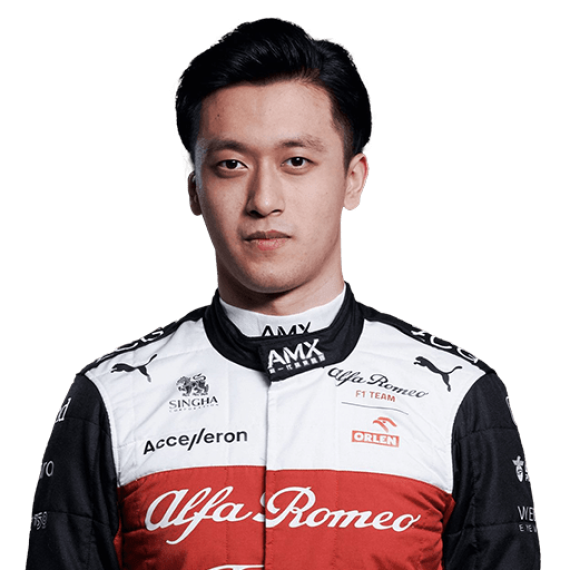 Guanyu Zhou is set to make history in 2022, as he becomes the first Chinese driver to race in Formula 1.

F1 is set to welcome its 41st different nationality onto the grid for 2021, as China's Guanyu Zhou graduates to open-wheeled motorsport's top table. The Shanghai native joins F1 after three seasons in Formula 2, and will partner Valtteri Bottas at Alfa Romeo for 2022.

Here's everything you need to know about Guanyu Zhou.

A star rises in the East

Born in Shanghai in 1999, Zhou (pronounced "Joe") began karting at the age of eight before moving to the UK at 12 in search of a more competitive motorsport environment.

Things began to take off for Zhou in 2013, when, racing with the Sheffield-based Strawberry Racing team, he won both the Super 1 National Rotax Max Junior Championship and Rotax Max Euro Challenge.

For his final year of karting in 2014, Zhou finished 2nd in the Rotax Max Senior Euro Challenge and raced in selected rounds of the WSK Champions Cup and the KF2 European Championship.

That year, he also made his only appearance in the Karting World Championship, driving for Ricky Flynn Motorsport alongside Lando Norris and Jehan Daruvala, and served notice of his intent to make it to F1 by joining the Ferrari Driver Academy.

A great leap forward for Zhou

Zhou then graduated to single seaters at 16, joining Prema Powerteam for the 2015 Italian F4 championship. After winning all three races in Round 2 at Monza and consistently finishing on the podium, Zhou ended the season as runner-up and top rookie. He also competed in selected rounds of the German ADAC F4 Championship, achieving podium finishes in Spielberg and Spa.

In January 2016, Zhou raced in the New Zealand-based Toyota Racing Series, once again teaming up with Norris and Daruvala for M2 Competition. In a 15-race campaign, Zhou took one win and finished sixth in the overall standings, before heading back to Europe for a full season in FIA European F3.

Partnering Joel Eriksson, Sergio Sette Camara and Niko Kari at the Motopark outfit, Zhou took third place in only the second race of the season at Paul Ricard. Another third place finish came in the next round at the Hungaroring, though a mid-season slump in form saw Zhou finish only 13th in the overall standings.

Staying in European F3 for a third season and remaining with the newly-renamed Prema Theodore Racing squad, Zhou might have hoped to challenge for the 2018 title, but despite taking his first two F3 wins at Pau and Hockenheim, the Chinese could only finish eighth in the standings once again, behind all four of his Prema teammates including title winner Schumacher.

Undaunted, Zhou moved up to Formula 2 for 2019 with UNI-Virtuosi Racing, and also cut ties with Ferrari to join the Renault Sport Academy, reasoning that signing with the French squad would provide him with a clearer pathway to F1.

In a promising year, Zhou ended the 2019 F2 season in seventh place as the season's top rookie, finishing on the podium five times and also taking pole position in the Feature Race at Silverstone.

He also combined his F2 campaign with a role as a development driver for Renault's F1 team. In addition to driving the team's simulator and participating in engineering briefings, Zhou notably drove in a demonstration run during that year's Chinese Grand Prix weekend – having left Shanghai for Europe at such a young age, Zhou had never previously driven at his hometown circuit.

Following 2019's relative success, Zhou's career appeared to be on the crest of a wave, and the Shanghai native was now seriously being talked about as China's first-ever F1 race driver.

But the pandemic-affected 2020 season turned out to be a frustrating one for Zhou, whose expected F2 title challenge was stymied by mechanical issues, with electronic problems notably turfing him out of the lead in the season-opening Feature Race in Austria.

Though the Chinese eventually took his first win in the category in an incident-shortened Sprint Race at Sochi, he ended the season only sixth in the championship with 151.5 points, 63.5 shy of eventual winner Schumacher.

With his momentum having stalled somewhat, Zhou knew that a step forward was needed in 2020 if he was to realise his dream of becoming China's first full-time F1 driver.

Looking to boost his tally of all-important FIA Super Licence points, Zhou also elected to take part in the off-season F3 Asian Championship, knowing that winning that series would give him 18 of the 40 points needed to qualify as an F1 race driver.

The most experienced driver on the 2021 Asian F3 grid, Zhou was an obvious favourite for the title and duly delivered the goods, taking four wins in 15 races to edge out France's Pierre-Louis Chovet.

Buoyed by his first championship win since his karting days, Zhou started his third F2 season strongly, winning in Bahrain and Monaco to take an early lead in the standings. Further wins at Silverstone and Abu Dhabi followed, though Zhou ultimately ended up third in the series, finishing behind rookie title winner and fellow Alpine Academy - rebranded from Renault - member Oscar Piastri, as well as Robert Schwartzman.

Alongside his F2 campaign, Zhou was also given increased responsibilities within Alpine's F1 team, and made his F1 race weekend debut at the 2021 Austrian Grand Prix, taking over the A521 of childhood hero Fernando Alonso during FP1. He finished an encouraging session in 14th spot, 0.4s behind regular Alpine driver Esteban Ocon, who set his fastest time on Soft compound tyres, while Zhou spent the entire session on Medium compound rubber.

Though Zhou was eager to make the step up to an F1 race seat for 2022, he knew this would likely not be with Alpine, which still had Alonso and Ocon under contract for that year. Linked to race seats at Williams and Haas, it was confirmed in November 2021 that Zhou would race for Alfa Romeo alongside Valtteri Bottas in 2022, severing his ties with Alpine in the process.

Money's too tight to mention

Zhou's nationality undoubtedly makes him attractive to F1's teams and powerbrokers keen to tap into the Chinese market, and his seat at Alfa reportedly comes with significant financial backing, though team boss Fred Vasseur dismissed allegations that this was worth as much as €30 million.

Signing for the team that finished ninth out of 10 in the 2021 Constructors' standings, and as the only rookie on the grid, 2022 will very much be a learning year for Zhou, who could hardly have a better mentor than 10-time Grand Prix winner Bottas.

But with a single-seater career history that is solid rather than spectacular, and plenty of talented youngsters eager to swoop in and take his place, Zhou will have to prove that he is in F1 on merit, rather than by dint of his backing and his passport.