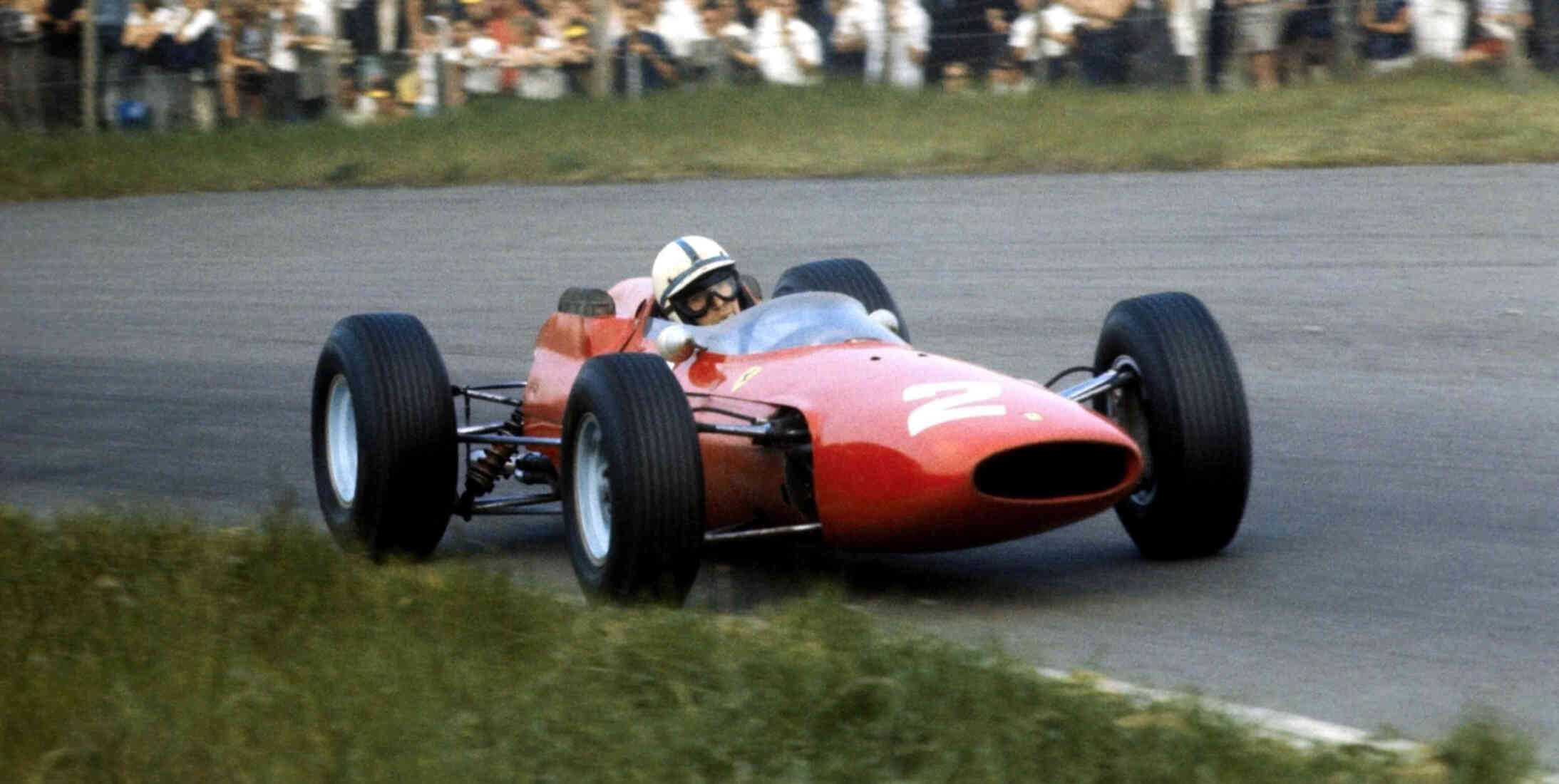 John Surtees was born into a family steeped in motorsport on February 11, 1934 in London. The son of a motorcycle dealer, Surtees was involved in racing from an early age, entering his first grasstrack competition aged 15 before earning his first factory ride with Norton in 1955.

After twice beating reigning world champion Geoff Duke at Silverstone that year, Surtees accepted an offer to join MV Agust, a decision that would take him to his first 500cc world championship win and the team’s first in the senior class in 1956.

The next year Surtees could only manage a third-place overall finish as MV Agusta struggled against the Gileras team, but following his Italian rivals’ decision to withdraw the next season, Surtees went on to win the 1958, 1959 and 1960 championships. He became the first man to win the Senior TT at the Isle of Man TT three years running in the process.

While still racing motorcycles full time, Surtees tested for Aston Martin team manager Reg Parnell in the team’s DBR1. The Englishman would make his Formula 1 debut at Silverstone for Lotus in 1960, switching his focus to cars.

He managed a second place finish in his second race at the British Grand Prix that year, and after two years with Yeoman Racing, Surtees eventually moved to Ferrari in 1963. He won his sole Formula 1 world championship the next year.

With Ferrari uncompetitive in 1965, Surtees ran his own Lola sports car in the North American Can-Am series where in a late season race at Mosport, Canada, his car suffered a suspension failure and crashed, leaving him with life threatening injuries.

He managed to recover over the winter and returned for Ferrari at the Belgian Grand Prix in what would prove to be his final race for the Italian team.

The driver finished the 1966 season with Cooper following tensions with Ferrari, winning the season finale in Mexico that year before moving to lead Japanese manufacturer Honda’s F1 team for the 1967 season.

Surtees was heavily involved in the development of the car and won the 1967 Italian Grand Prix at Monza before Honda opted to leave the sport a year later. He moved from the racing seat to the pit wall with the formation of Team Surtees in 1970, but the team only managed two podiums with Mike Hailwood in nine seasons. Surtees retired from driving in 1973.

Surtees’ son, Henry Surtees, was also a professional racing driver who was killed in a Formula 2 race in 2009.

Surtees set up The Henry Surtees foundation in his memory. He passed away aged 83 in 2017.