Wolff dismayed by Mercedes pace: If we were racing today, it wouldn't be pretty

Mercedes boss Toto Wolff has admitted that the team's first practice session in Austria didn't go well, and wouldn't want to go racing as it stands. 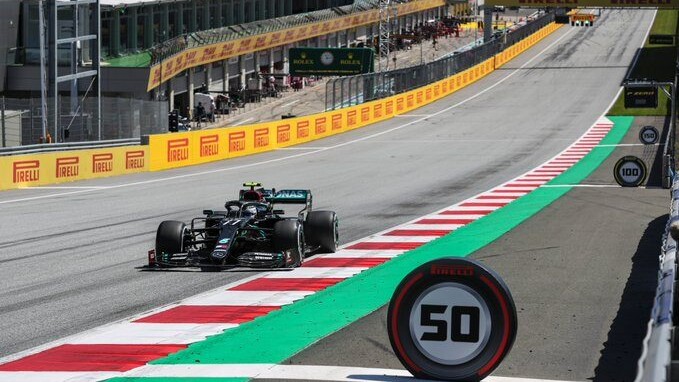 With Red Bull's Max Verstappen comfortably leading the way at the end of the one hour session, it wasn't a Mercedes joining him at the front. Instead, it was AlphaTauri's Pierre Gasly, with Honda power setting the standard to start the weekend off.

"We really need to find out, we're just lacking at the moment. The main loss is straight line speed. But you know, if we would be racing this
afternoon, it wouldn't be pretty."

Despite Red Bull seeming to edge in front of Mercedes in recent races, Wolff refuted the possibility that their development focus might switch back to 2021 after switching to focus on the upcoming '22 regulations.

"No, actually not. Because we believe that this is a sporting war that goes long," Wolff said, saying that the team are still planning some minor updates here and there through the year.

"It's not a single race or single season. Next year's regulations are going to go for many years. And the development slope is very steep. So you need to weigh up the two."

But Wolff isn't cowed by Red Bull's pace, explaining that the competition is motivating the team further.

"It feels good because it's a new situation that we didn't have the last seven years so the fight is good," he said.

"This is why we're in the sport. Now we're clearly on the back foot but sometimes you have to take it on the chin and just try to recover."