Max Verstappen will start from pole for Sunday's Styrian GP with Lewis Hamilton joining him on the front row. 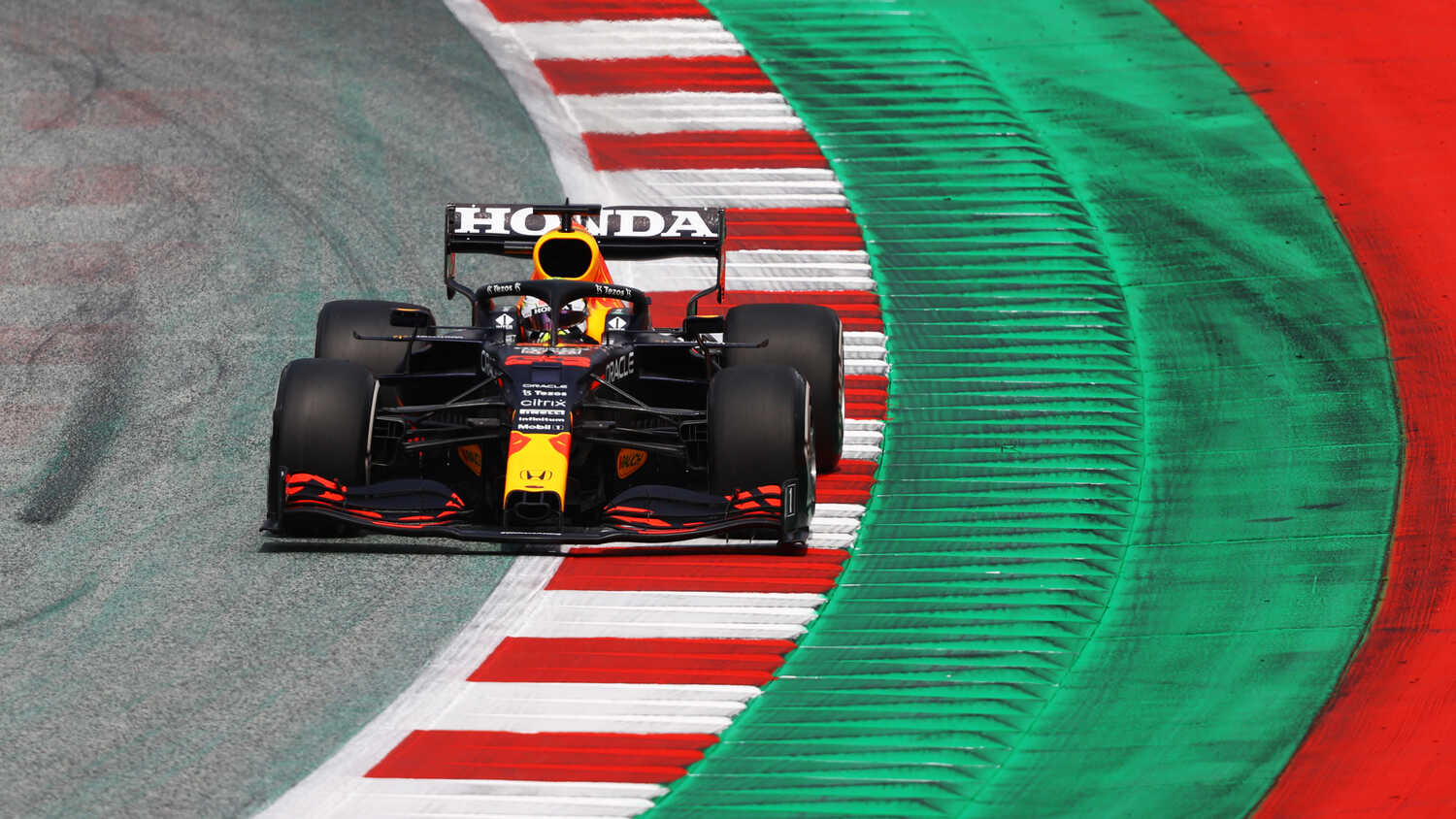 In what was a dash to the chequered flag, Max Verstappen came out on top and will start Sunday's Styrian Grand Prix from pole position.

The Dutchman finished with a 1:03.841 with Valtteri Bottas finishing with the second fastest time. However the Finn's three-place grid penalty means he will start down in fifth, with teammate Lewis Hamilton joining the Red Bull driver on the front row.

Lando Norris had a strong Saturday and will start third with Sergio Perez joining him on the second row.

Bottas is joined by Gasly on Row 3, while Charles Leclerc, Yuki Tsunoda, Fernando Alonso and Lance Stroll rounding out the top 10.

Hamilton's first lap wasn't his best as he locked up and ran wide at Turn 3, forcing him to go out for an extra flying lap on his medium tyres.

The Mercedes driver came out for another lap with medium tyres with four minutes to go while everyone else sat in the pits, ending with the sixth fastest time

In the end it was Perez who finished with the fastest time of 1:04.197 ahead of Norris, Gasly, Verstappen and Bottas. The Mexican completed his lap on the soft compound tyre, meaning he'll be running a different strategy compared to his teammate on Sunday.

After several lap times were deleted at the end of the session for track limits, George Russell had to settle for the 11th fastest time - missing out on Q1 by just 0.008s. Behind him, a trio of surprise names joined him with Carlos Sainz, Daniel Ricciardo and Sebastian Vettel all starting outside the top 10, along with Antonio Giovinazzi in 15th.

The McLaren driver no doubt be disappointed given Norris' time and the fact that he finished FP2 in second.

All the action took place in the closing stages, though the likes of Verstappen, Bottas, Norris and Hamilton stayed in the pits after setting quick enough times that they didn't need to come out for a second run.

The Dutchman topped the session with a 1:04.489 on the soft Pirelli tyres with Bottas finishing 0.048s back. Hamilton ended with the sixth fastest time after Tsunoda and Perez jumped up in the closing stages.

Nicholas Latifi set a quick lap early on and looked poised to make it through to Q2, however the Canadian lost out in the late exchanges and will start 16th on the grid. Esteban Ocon was the surprise name caught out as the Frenchman could only manage the 17th fastest time.

Other drivers making their exit in Q1 were Kimi Raikkonen and the Haas duo of Mick Schumacher and Nikita Mazepin, though the gap from Verstappen to the Alfa Romeo driver was less than one second.