Red Bull's Max Verstappen has won the Sprint Qualifying race at Silverstone, taking pole position for the British Grand Prix in the process. 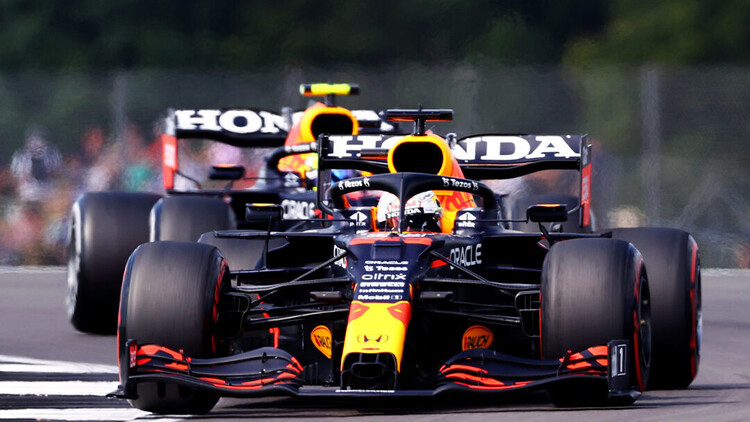 The Dutch driver made a better start at lights out, getting better traction than Mercedes' Lewis Hamilton to take the lead into the first corner. Defending hard against the attacking Mercedes, Verstappen was able to weather the pressure from Hamilton and hold onto the lead.

In the process, he has increased his championship lead to 33 points over Hamilton.

Mercedes' Valtteri Bottas, who started the race on the soft tyre in a bid to go aggressive, held onto his starting position for the opening laps. Fading in the second half of the race, he held onto the final points place ahead of Ferrari's Charles Leclerc.

McLaren will start the Grand Prix from fifth and sixth with Lando Norris and Daniel Ricciardo respectively. Both drivers had to find clever ways to overtake Alpine's Fernando Alonso, with the Spaniard jumping up to fifth on the first lap as he used soft tyres for the race.

Alonso finished in seventh place, with Aston Martin's Sebastian Vettel paying close attention to the back of the Alpine in eighth place. Williams' George Russell finished in ninth, with Alpine's Esteban Ocon down in 10th.

Red Bull's Sergio Perez will start the British Grand Prix from the back of the grid after a mistake on Lap 7. The Mexican driver was stalking Daniel Ricciardo's McLaren through the Maggotts and Becketts sequence when he lost the rear of the RB16B and spun off. He was able to avoid hitting the barriers and rejoined the track on the Hangar Straight down in 19th place.

While he continued, he appeared to have damage. Having made little progress, he pulled into the garage to retire on Lap 16.