Verstappen leads the way in Saturday practice as Ferrari impress

Max Verstappen ended the second practice session as the fastest driver, ahead of Saturday afternoon's sprint race. Charles Leclerc was hot on his heels in P2. 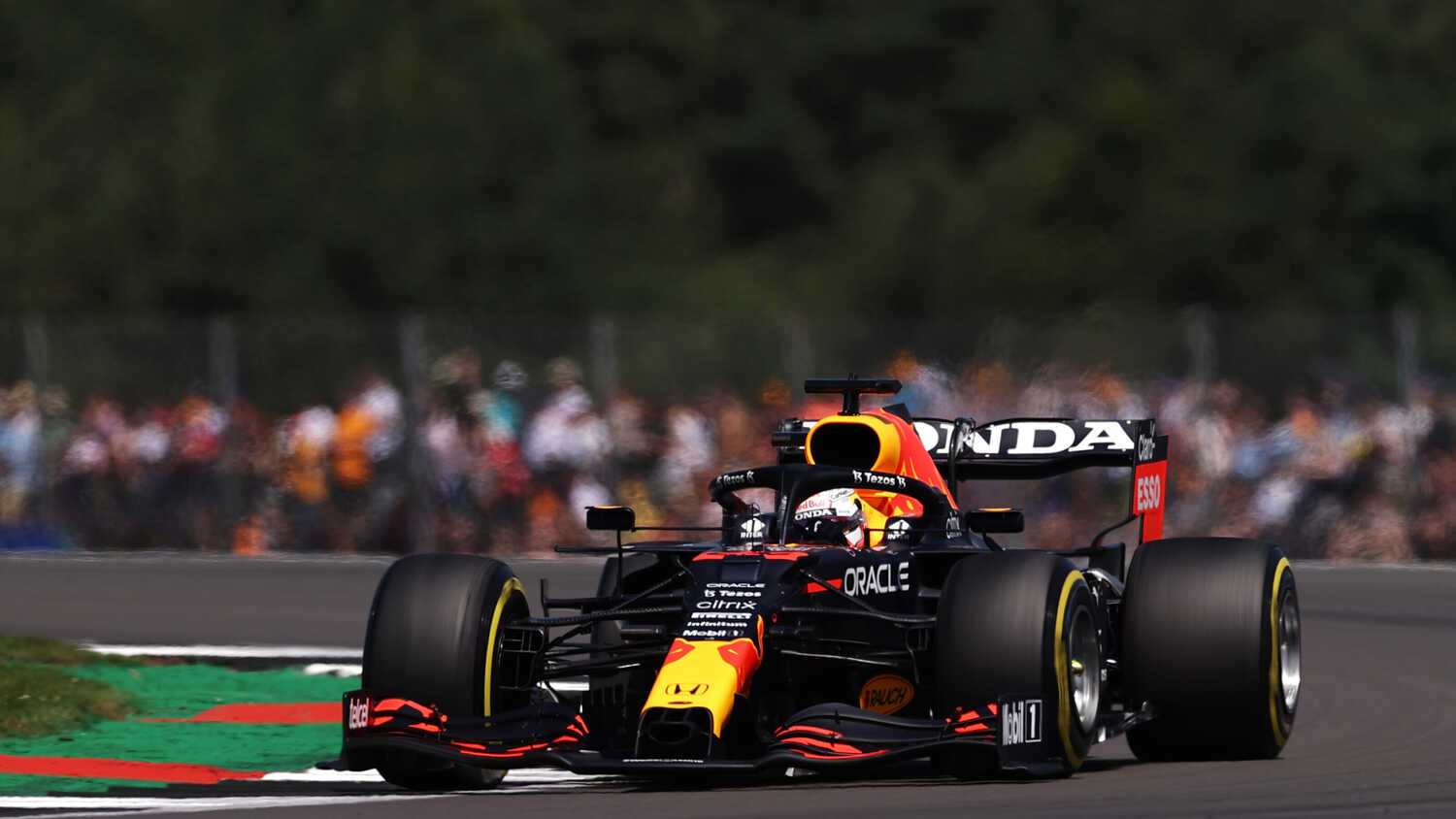 Max Verstappen led the way in the second practice session at Silverstone, with the Red Bull driver finding a narrow advantage over Ferrari's Charles Leclerc in second.

Verstappen's teammate, Sergio Perez, was almost a second down on the Dutchman in P4. Both men set their fastest laps on the medium tyres, in a possible indicator of the tyre choices that the drivers will make later today.

The McLaren duo of Lando Norris and Daniel Ricciardo were sixth and seventh respectively, with the Brit holding a narrow advantage on home turf.

The surprise package of the session was arguably Alpine's Esteban Ocon, who finished the session in fourth on the medium tyres - just eight-tenths down on Verstappen.

Mercedes appeared to have been running a slightly more conservative program, as Hamilton finished down in P8 - despite being on the soft compound.

Williams man George Russell, who impressively lines up in P8 on the grid for this afternoon's sprint race, ended the session in 11th on the mediums.

Elsewhere, Ferrari showed good form on the soft tyres, with Charles Leclerc just 0.375 seconds down on Max Verstappen in second place. His teammate, Spaniard Carlos Sainz, was a further three-tenths back.

Fuel loads were a big variable in the session, as some drivers and teams opted to prepare with Sunday's Grand Prix in mind. The Aston Martin duo of Sebastian Vettel and Lance Stroll were a lowly P15 and P18, with both running high fuel loads - according to team CEO Otmar Szafnauer.