Hamilton storms to victory at Silverstone after collision with Verstappen

Mercedes' Lewis Hamilton has won the British Grand Prix, recovering from a ten second time penalty after a clash with Red Bull's Max Verstappen on the first lap. 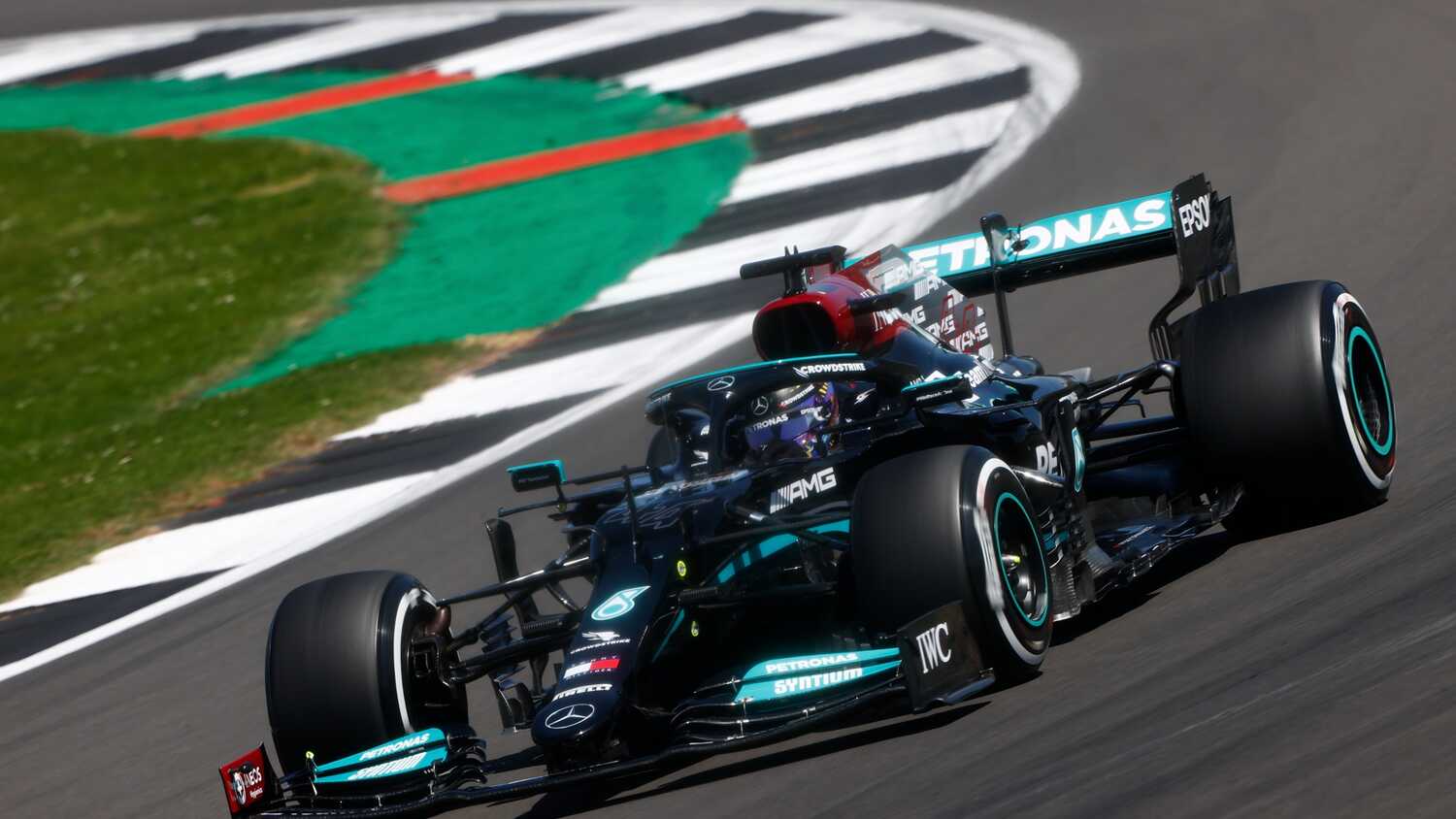 Mercedes' Lewis Hamilton has taken 25 points at the British Grand Prix, winning ahead of Ferrari's Charles Leclerc, to take a sizeable chunk out of Max Verstappen's championship lead.

The reigning Champion had to come from behind after a first lap clash with title rival Max Verstappen, with the Red Bull driver out on the first lap after contact with Hamilton through Copse.

The racen's main talking point happened on the very first lap of the race, with Verstappen fighting with Hamilton throughout the entire first half of the lap. The Dutch driver had successfully held onto the lead up until the old pit straight, when Hamilton managed to force a gap and get alongside going into Copse.

However, the pair made contact on the apex, with Verstappen spearing off sideways into the barriers. Knocked out of the race on the spot, Verstappen has gone to hospital for precautionary checks. Hamilton was given a ten second time penalty for the incident, with the reigning Champion serving that penalty during his one and only pit stop.

Hamilton emerged in fifth place, but was quickly up to fourth due to a slow pit stop for Sainz. Quickly picking off Norris, Hamilton eased up behind Bottas. The Finn was given the order to move aside, and Hamilton then set about catching and passing Leclerc.

He caught up to the back of the Ferrari with three laps to go, and managed to get up the inside into Copse. A twitch from the Ferrari on the exit allowed Hamilton through, and he controlled his pace to cross the line in first to close up 25 points on Verstappen in the Driver's Championship.

A disappointed Leclerc finished in second, with the co-operative Bottas finishing in third to complete the podium.

Ferrari's Carlos Sainz finished in sixth place, not helped by a very slow pit stop that saw him sitting on the jacks for 12 seconds.

The only retirement from the race was Aston Martin's Sebastian Vettel. The German driver spun off on the first lap and spent the entirety of his race at the back of the field before the team retired him with 12 laps to go.