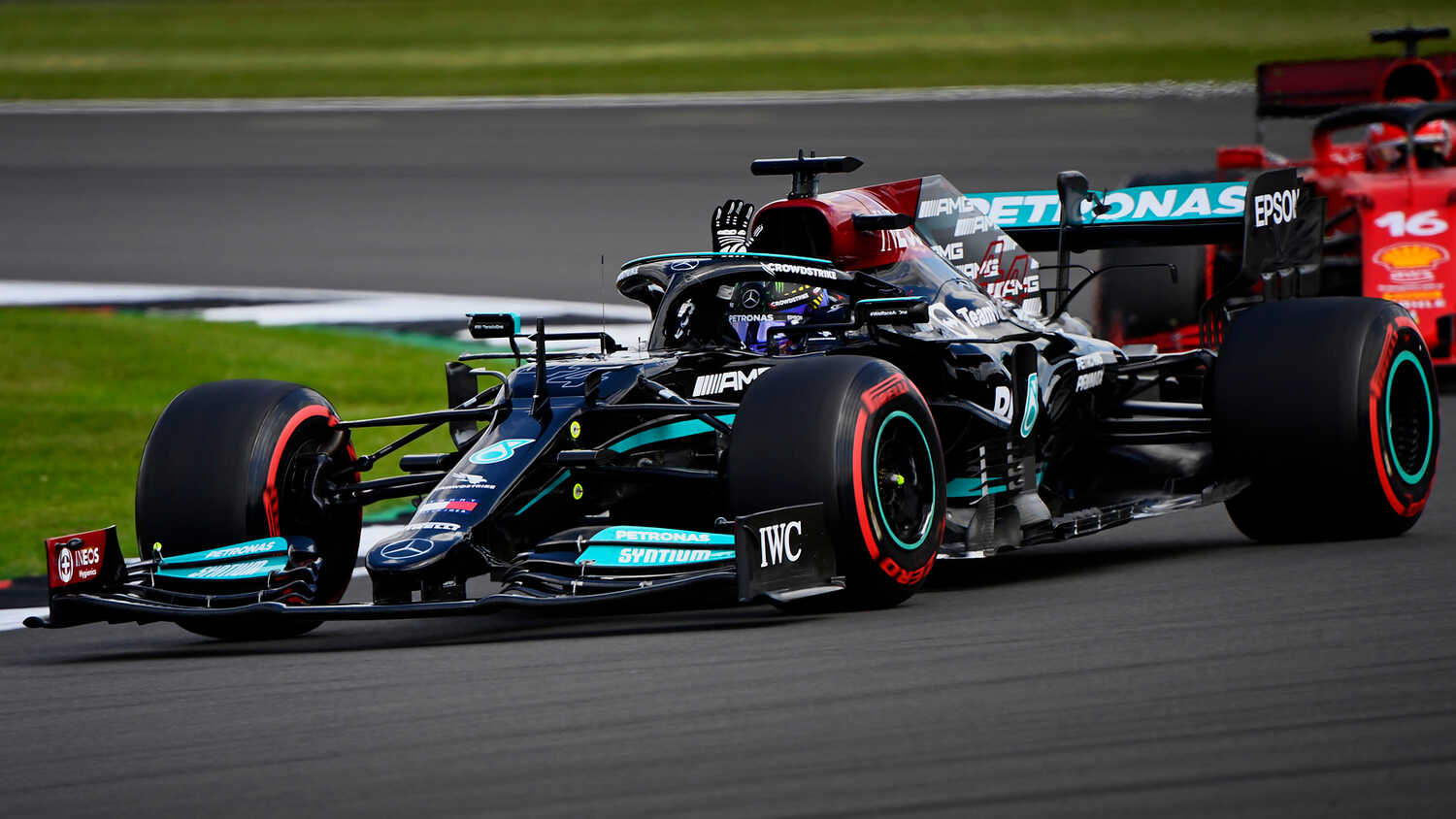 Mercedes' Lewis Hamilton has taken top spot in qualifying ahead of the all important Sprint Qualifying at Silverstone. The reigning Champion underlined the much improved Mercedes' pace, utilising the updates to the W12 to snatch back the momentum from Red Bull.

Hamilton set a 1:26.134 on his first run in Q3, a time that ended up being 0.172 clear of Red Bull's Max Verstappen. The Dutch driver had matched Hamilton through the first two sectors of the lap, but ran slightly wide entering the final complex. This resulted in him falling shy of the Mercedes driver.

Hamilton was even more impressive on his second run, setting purple sectors through the first two thirds of the lap to be almost half a second up on his own time. But he made a small error at the same corner Verstappen did, and wasn't able to improve.

Verstappen, following Hamilton across the line, did improve on his time but still fell 0.075 shy of the fastest time.

Mercedes' Valtteri Bottas finished in third, just under 0.2 down from Hamilton. Red Bull's Sergio Perez finished in fourth, but had his fastest time taken away for exceeding track limits at Stowe. This demoted Perez to fifth, with Ferrari's Charles Leclerc taking fourth instead.

McLaren's Lando Norris finished in sixth, ahead of a much improved Daniel Ricciardo. Williams' George Russell was in eighth, one of the stars of qualifying after making it into Q3 again, while Ferrari's Carlos Sainz finished in ninth. Aston Martin's Sebastian Vettel rounded out the top ten, having had his first flying lap deleted for exceeding track limits.

Due to the introduction of the Sprint Qualifying race, the usual Q2 starting tyre rule didn't apply. This meant that there was no appearance of the medium tyre, with all 15 drivers in Q2 going hell for leather on fresh soft tyres from the off.

The first runs in Q2 saw Verstappen set the pace, but only by just 0.098 over Hamilton, with Bottas slotting into third place quarter of a second behind.

Hamilton's second run saw the reigning Champion follow Bottas around for a tow-assisted laptime. He set a 1:26.023 on the soft tyre to go 0.292 clear of Verstappen, with Bottas third ahead of Sainz, Leclerc and Perez.

Russell finished in seventh place, a second from the front, and ahead of Vettel, Ricciardo and Norris.

The first part of qualifying was led by Verstappen, with Perez finishing second after a late improvement from the Mexican. Verstappen set the pace with a 1:26.751 on the soft tyre, despite a big twitch while going through the final corner.

AlphaTauri's Yuki Tsunoda was knocked out in 16th place, with Alfa Romeo's Kimi Raikkonen in 17th and half a second off the pace of teammate Giovinazzi.

Williams' Nicholas Latifi couldn't match his teammate Russell and go through into Q2, with the Canadian driver knocked out in 18th.

The two Haas drivers will start Saturday's Sprint Qualifying race from the very back, with Mick Schumacher finishing qualifying in 19th place ahead of Nikita Mazepin.