Hulkenberg decides not to pursue IndyCar after test

A move to IndyCar looked to be on the cards for Nico Hulkenberg following a recent test with Arrows McLaren SP. However, he has now confirmed that this won't form a part of his future plans. 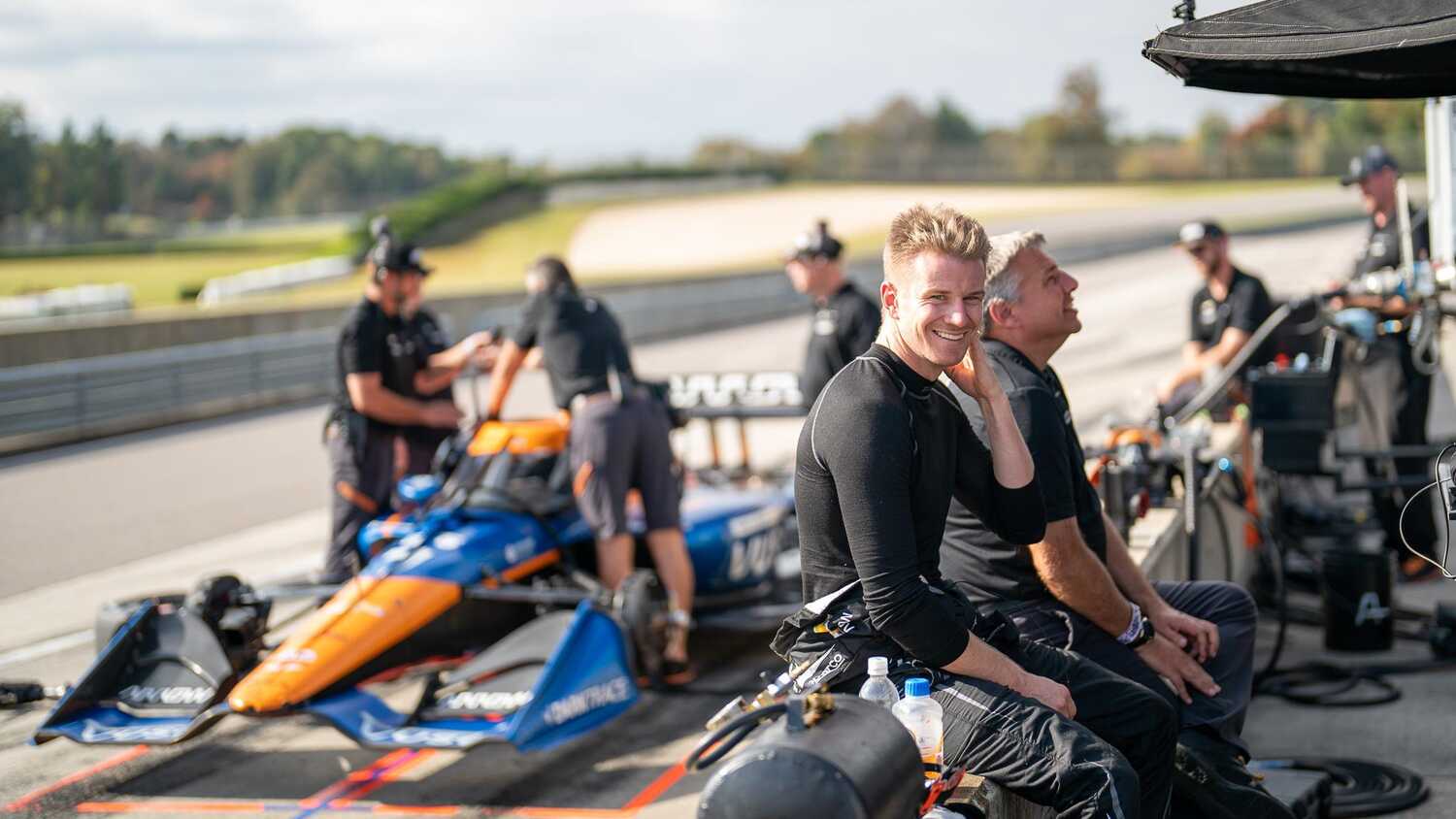 Nico Hulkenberg has announced that he has opted against joining IndyCar, less than two weeks after a test session with Arrows McLaren SP.

The former F1 driver tried out the team's car at Barber Motorsports Park on 25 October, and previously admitted that he was evaluating a possible switch to the series.

However, Hulkenberg has now confirmed that he won't be moving forwards with this.

"Quick update regarding IndyCar: It was exciting to test an IndyCar two weeks ago and I am grateful to Arrow McLaren SP for this opportunity," Hulkenberg posted on Twitter.

"However for personal reasons I decided not to go ahead with it. Keep you posted on my future plans."

Hulkenberg is currently a reserve driver for the Aston Martin team and previously made three appearances for them ‐ in their previous guise as Racing Point - during the 2020 season, having deputised for Sergio Perez and Lance Stroll when they each contracted COVID-19.

Since then, though, the German has been on the sidelines, and the chances of a return to Formula 1 full-time currently seem unlikely. Only one spot remains vacant for 2022, with Alfa Romeo yet to confirm who will partner Valtteri Bottas.

Aston Martin's Otmar Szafnauer previously said that the team would have to consider their options in terms of a future reserve driver if Hulkenberg decided to go to IndyCar.

Meanwhile, McLaren CEO Zak Brown expressed high hopes for Hulkenberg in IndyCar, stating that he was "right towards the top of the list" for potentially running a third car at Arrows McLaren SP in 2022.

For now, though, the move looks to be off the table for Hulkenberg.

The 34-year-old raced in F1 between 2010 and 2019 for teams including Williams, Sauber and Renault. He amassed a total of 521 points, though famously holds the record of having made the most race starts without a podium finish.