Verstappen dominant in Silverstone practice ahead of Friday Qualifying

Red Bull's Max Verstappen was untouchable in first practice at Silverstone, ahead of the all important qualifying session on Friday evening. 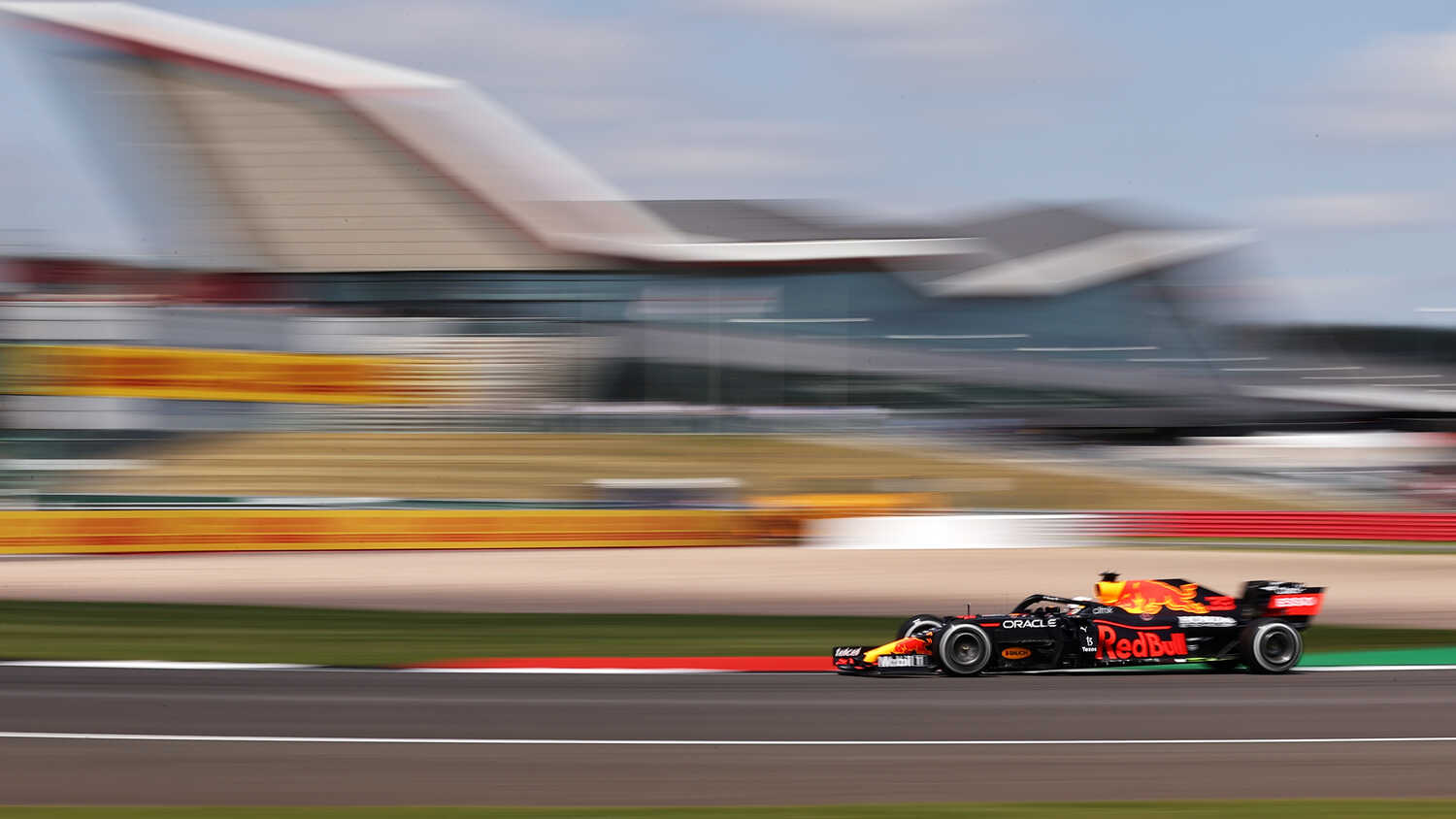 Max Verstappen has led the way in the opening practice session at Silverstone, with the Red Bull driver finding a great setup for his RB16B in the one and only session before the teams are forced to lock down their chosen configurations for the rest of the weekend.

With the weekend format changed due to the introduction of the Sprint Qualifying race on Saturday, Friday plays host to the normal qualifying session in the evening.

As a result, practice has been reduced to just a single session of sixty minutes, meaning a packed hour of track action in order to evaluate their setups and get their cars ready before going into parc ferme conditions before Friday qualifying.

With the session taking place in hot and sunny conditions, track temperatures were in the high 40s celsius with the drivers heading out on the medium and hard compounds to start.

Almost immediately, the big players started setting times to move to the top of the leaderboard with Mercedes' Lewis Hamilton and Valtteri Bottas initially setting the pace on the medium compound.

Hamilton's 1:30.048 was quickly beaten by Bottas, then by Red Bull's Sergio Perez, and then Verstappen, with the Dutch driver setting a 1:27.745 on his second flying lap on the medium compound. This was 0.6 clear of Perez, and a full 1.1 clear of Bottas.

Red Bull were the first of the two championship rivals to switch to the soft tyre for their qualifying simulations. With the teams given five sets of soft tyres for Friday qualifying, it forced the teams to evaluate their single lap pace and it was Red Bull, once again, with the advantage.

Verstappen set a 1:27.035 to go fastest by a further 0.7 seconds, with McLaren's Lando Norris slotting into a very impressive second place. The British driver was 0.7 seconds slower than Verstappen, but set his best time on the medium tyre.

Lewis Hamilton,driving for Mercedes as they have brought updates to Silverstone in a bid to close down Red Bull's pace advantage, finished in third place and just under 0.8 away from Verstappen's pace. Hamilton's best time was set on the softs, with the reigning Champion radioing in to his engineer to exclaim "Seven tenths? Where has that come from?!" about Verstappen's pace.

The Mercedes driver also seemed to suffer with tyre degradation, reporting blisters on his right front while on the medium tyre.

Ferrari's Charles Leclerc finished in fourth place, just 0.013 down on Hamilton on the soft tyre, with Mercedes' Valtteri Bottas finishing in fifth place and 0.862 down on Verstappen's pace.

Ferrari's Carlos Sainz finished in sixth place, despite a spin in the first sector when the rear came around on him with twenty minutes to go.

Aston Martin's Sebastian Vettel finished in seventh place, a second away from Verstappen's pace, with Perez down in eighth place ahead of McLaren's Daniel Ricciardo and Alpine's Esteban Ocon rounding out the top ten.