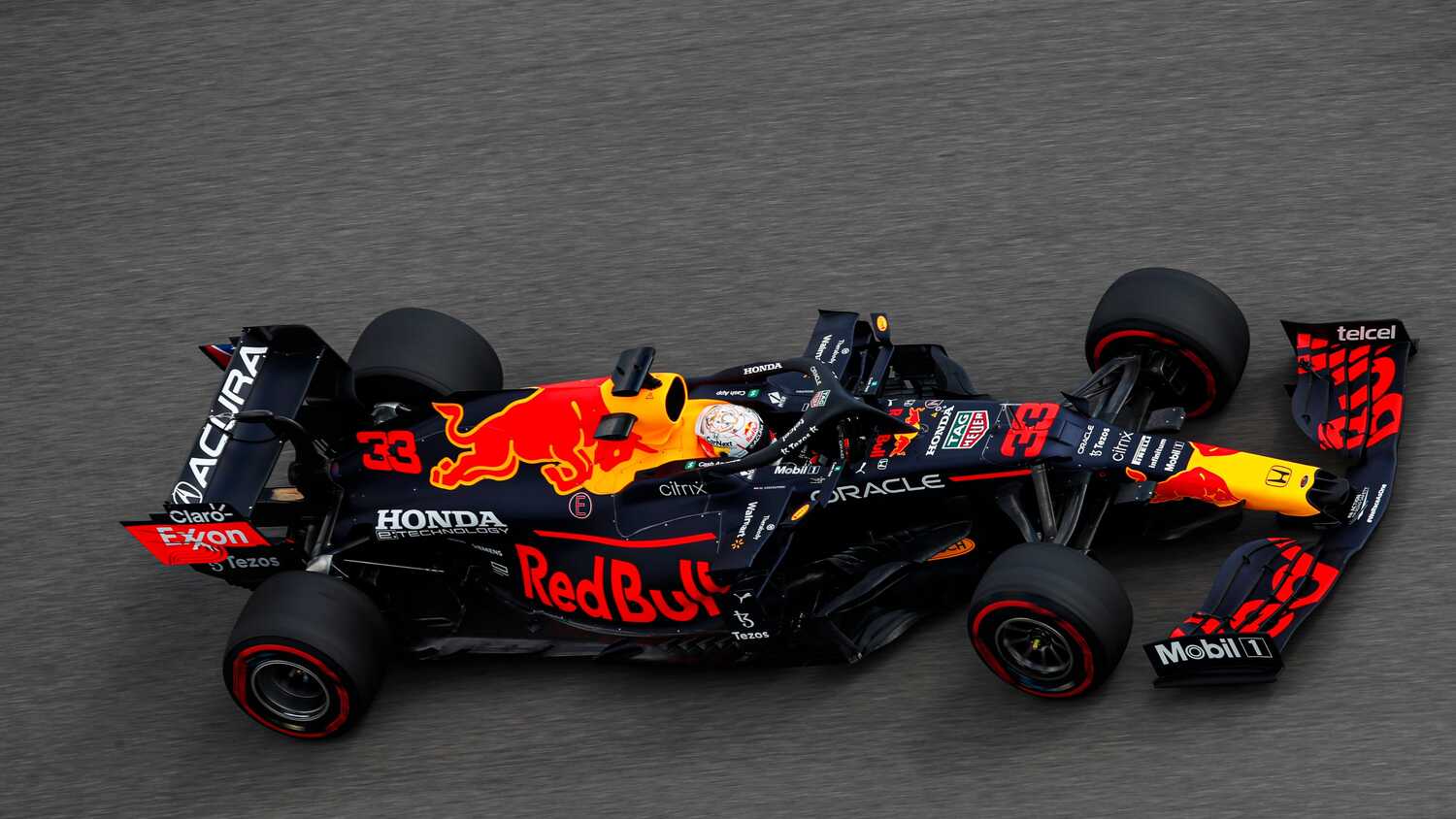 Max Verstappen will start the United States Grand Prix from pole position after beating Lewis Hamilton to top spot in the closing stages of qualifying.

Verstappen ended Q1 and Q2 with the fastest time, however it was Hamilton who appeared set to take pole as he topped the timesheets as the chequered flag waved.

While Sergio Perez was unable to dislodge the Mercedes driver from P1, Verstappen did so by crossing the line with a time of 1:32.910 to start Sunday's race from first on the grid.

Verstappen set the fastest time early on in Q3, only for Perez to snatch it from him with a 1:33.180. The top Mercedes car was Valtteri Bottas, with Hamilton only able to set the fourth-quickest time after the opening exchanges.

Bottas gave Hamilton a tow for his final lap, which helped him to top spot, but in the end it wasn't enough, as the Briton will start second ahead of Perez and his Mercedes teammate.

Behind the top two teams, Ferrari managed to lock out row three, with Charles Leclerc and Carlos Sainz starting fifth and sixth respectively.

The McLaren duo of Daniel Ricciardo and Lando Norris start just behind them, while AlphaTauri pair Pierre Gasly and Yuki Tsunoda round out the top 10.

Mediums were the tyre of choice for most cars in Q2, as the bumpy track surface and hot conditions mean that Softs aren't the ideal compound for the start of the race.

Verstappen set the pace early on with Hamilton slotting in just behind him, however the Red Bull driver's time was 0.333s faster than his championship rival.

Ricciardo and Perez saw competitive times deleted due to track limits, putting pressure on both drivers to deliver later in the session.

In the end, Verstappen's time of 1:33.464 on the Medium tyre held up, with Hamilton, Norris, Leclerc and Bottas rounding out the top five. The Mediums were the tyre of choice for most, with only Tsunoda making it through to Q3 on the Softs.

Although they left it late, both Perez and Ricciardo managed to make it through to Q3 as well.

Knocked out in Q2 were both Alpine cars, with Esteban Ocon finishing 11th and Fernando Alonso down in 14th. The Spaniard failed to set a competitive time after a late lap was deleted due to track limits.

Sebastian Vettel, who will serve a grid penalty for an engine change, along with Alonso and George Russell, finished down in 12th, ahead of Antonio Giovinazzi, with Russell the final driver eliminated.

Qualifying began with several cars immediately taking to the track, with teams perhaps keen to get in an early lap due to the 40 percent chance of rain.

Nikita Mazepin saw an early lap deleted after exceeding track limits, while Ricciardo found himself atop the timesheet with an impressive effort.

In the end, the rain never came, and as a result the lap times continued to drop as conditions improved. Verstappen ended Q1 with the fastest time on a 1:34.352, 0.017s quicker than teammate Perez, with Hamilton finishing the session down in P7.

Although Lance Stroll was the first man on track, the Aston Martin driver was eliminated from Q1 after finishing down in 16th. It's the fourth time in four visits Stroll has failed to reach Q3 at the Circuit of the Americas.

Williams' Nicholas Latifi finished 17th, ahead of Alfa Romeo's Kimi Raikkonen, who set his only competitive lap late in the session.

The Haas duo of Mick Schumacher and Mazepin were also eliminated after setting the slowest laps of the session. The Russian was involved in incidents with the two Aston Martin cars, however the stewards decided no investigation was needed for both.