Schedule for the 2021 Mexican GP

Here's the full weekend time schedule for the Mexican Grand Prix, which will take place from 5-7 November, as the 2021 F1 season continues. 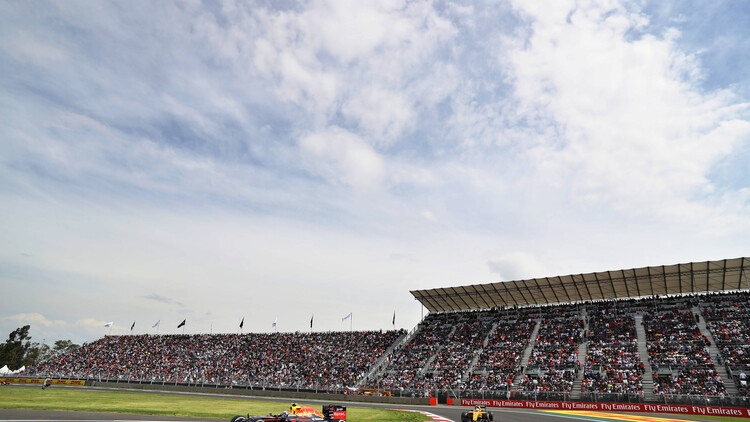 Formula 1 returns to Mexico for the first time since 2019 following last year's cancellation, with Max Verstappen leading Lewis Hamilton by 12 points in the standings.

It was a good weekend for Verstappen last time out at the United States Grand Prix. The Dutchman took pole position and, despite initially losing the lead to Hamilton, managed to get back in front and claim his eighth win of the season so far. Meanwhile, Hamilton was close behind in second.

Now the calendar heads to Mexico, where Verstappen's Red Bull teammate, Sergio Perez, will surely be hoping for a strong result on home ground.

The weekend will follow the usual format, but note the times, given that the race will take place in Mexico. Friday will feature two 60-minute practice sessions, with FP1 scheduled for 17:30 UK time and FP2 following at 21:00.

FP3 will begin at 17:00 on Saturday, with qualifying and the battle for pole going ahead at 20:00. This will determine the grid for Sunday's Mexican Grand Prix, which starts at 19:00.

RacingNews365.com will be on hand to cover all of the action and you can find our live blog here. We will also have exclusive interviews, news and analysis throughout the entire weekend in Mexico.

What time does the Formula 1 Mexican Grand Prix start? Check out the full schedule below.*

*Mexico City is six hours behind the UK