It certainly wasn't a conventional way to score his first F1 podium, but George Russell was delighted with his second-place finish at the Belgian GP. 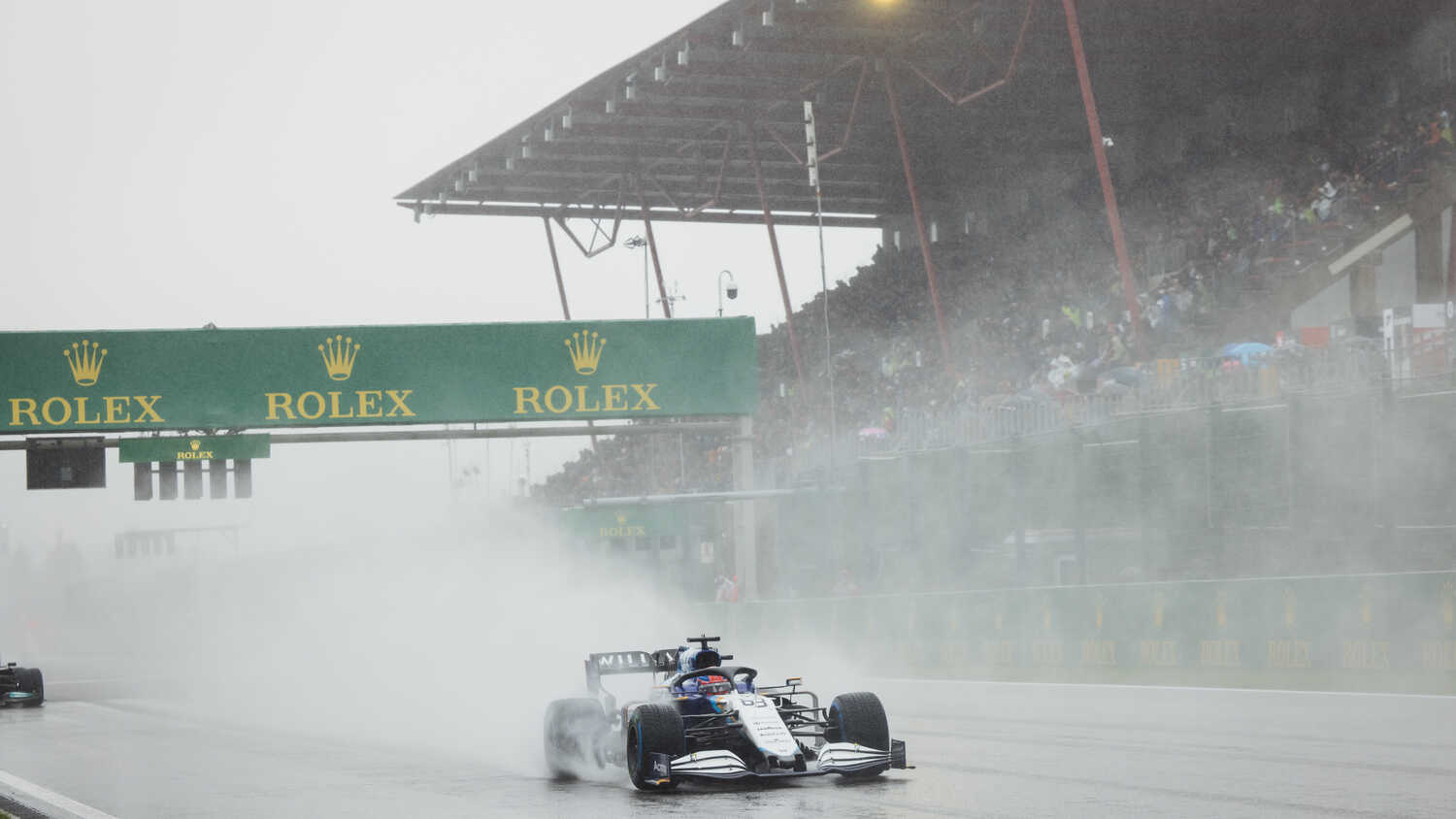 It may not have been how he drew it up in his head, but Williams' George Russell was understandably delighted after picking up his first career F1 podium at the rain-shortened Belgian GP.

Half points were awarded in what was the shortest race in F1 history as the rain never let up at Spa-Francorchamps, despite attempts to wait things out.

Russell paid credit to the work done by Williams over the last few years, stating that while he didn't expect to be on the podium this season, it was a just reward for the team.

"A little celebration tonight I'm sure," Russell stated after the race.

"The whole team deserve it, because there's [been] so much hard work going into it over the last few years and there's not really been anything to show for it.

"We absolutely nailed it [in qualifying] yesterday and here we are standing on the podium. I can tell you, I didn't expect that this year, that's for sure."

The podium didn't come in a conventional manner, though that didn't bother Russell, who also took the time to thank the fans at Spa that stuck it out in torrid conditions.

"It doesn't matter," Russell said while laughing. "We don't often get rewarded for great qualifying [performances] and we absolutely did today, but first thing I just want to say is sorry to all the fans.

"I'm amazed by their support to stay out here throughout, we were all in the same boat, and it's a shame we couldn't get this race underway.

"But just from our side and on the team side, it's such an amazing result."