Max Verstappen was quickest in the second free practice for the 2021 F1 Belgian Grand Prix despite a crash. Check out the full results from FP2 in Belgium below. 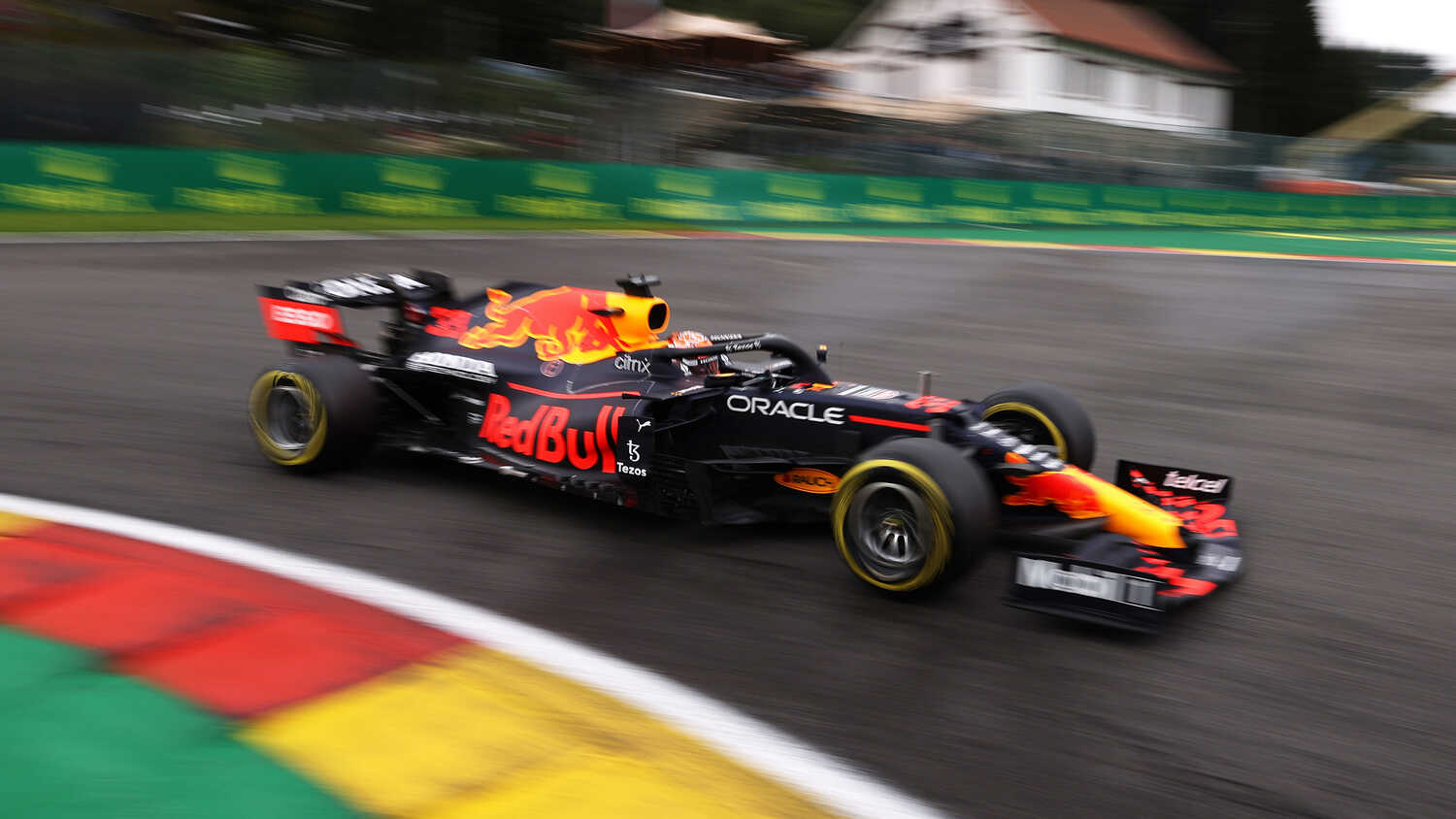 Max Verstappen crashed but also set the pace in the second practice session for the Belgian Grand Prix, to pip Valtteri Bottas and main title rival Lewis Hamilton by less than one tenth of a second.

Verstappen, who trails Hamilton by eight points in the Drivers' Championship, went to the top of the timesheets midway through the session on the C4 Soft tyre to go 0.041 seconds faster than Bottas with Hamilton a further 0.031 seconds back in third.

Fernando Alonso impressed in fourth place, ahead of Pierre Gasly and Lance Stroll as the midfield battle continues to be a close affair.

Hungary race-winner Esteban Ocon was seventh with Sebastian Vettel, Lando Norris and Sergio Perez rounding out the top 10 in Belgium.

The full results from the second practice session for the Belgian GP can be seen below.