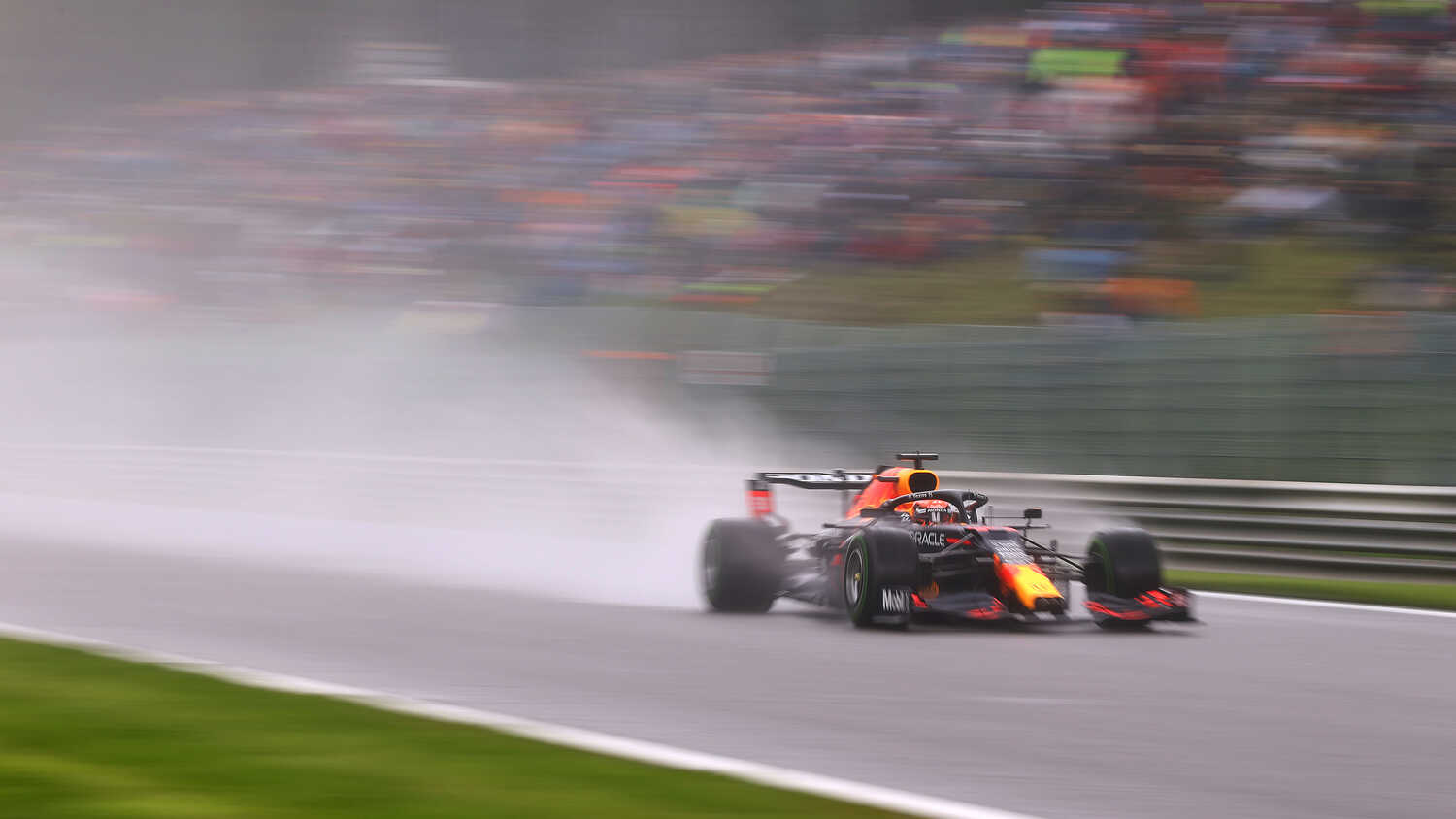 Red Bull driver Max Verstappen bounced back from his crash on Friday to lead Saturday's final practice session for the Belgian Grand Prix, which was held in wet conditions at Spa-Francorchamps.

Verstappen clocked a best time of 1:56.924 on the Intermediate tyre to lead teammate Sergio Perez by just under a second, with championship leader Lewis Hamilton third for Mercedes.

Intermediates were required throughout the session, amid consistent, light rainfall, with lap times more than 10 seconds slower than Friday's dry running.

Despite the wetter conditions, Verstappen trialled a narrower rear wing on his car, as drivers and teams continue to find the best compromise for all three sectors.

It sets up an intriguing battle for qualifying, with Red Bull and Mercedes occupying the top positions in all conditions so far this weekend, but Verstappen holding the advantage in FP2 and FP3.

Hamilton and teammate Valtteri Bottas had several off-track excursions, as they searched for grip, with Bottas a low-key 11th after struggling to post a representative lap time.

Behind the top three, Lando Norris and McLaren led the 'best of the rest' battle, slotting ahead of Alpine's Esteban Ocon, Aston Martin's Lance Stroll and AlphaTauri's Pierre Gasly, who had a scare late on with a wild spin exiting Campus.

Norris braved it on slicks in the final minutes of the session, during a gap in the weather, but abandoned his run as the track surface was too wet.

George Russell made the top 10 for Williams in the mixed conditions, taking ninth position, between the other Aston Martin and Alpine machines of Sebastian Vettel and Fernando Alonso respectively.

Ferrari had another quiet session, with Carlos Sainz 14th and Charles Leclerc 16th, the latter running a new chassis after his Friday practice crash, and reporting "something loose" in his cockpit late on.

There was further drama for Alfa Romeo's Kimi Raikkonen who, after a brush with the pit wall on Friday, reported a brake failure early in the session, confining him to the garage as mechanics made changes.