Lewis Hamilton remains atop the F1 Drivers' standings, though his lead has been reduced after Max Verstappen was declared the winner of the 2021 F1 Belgian GP. 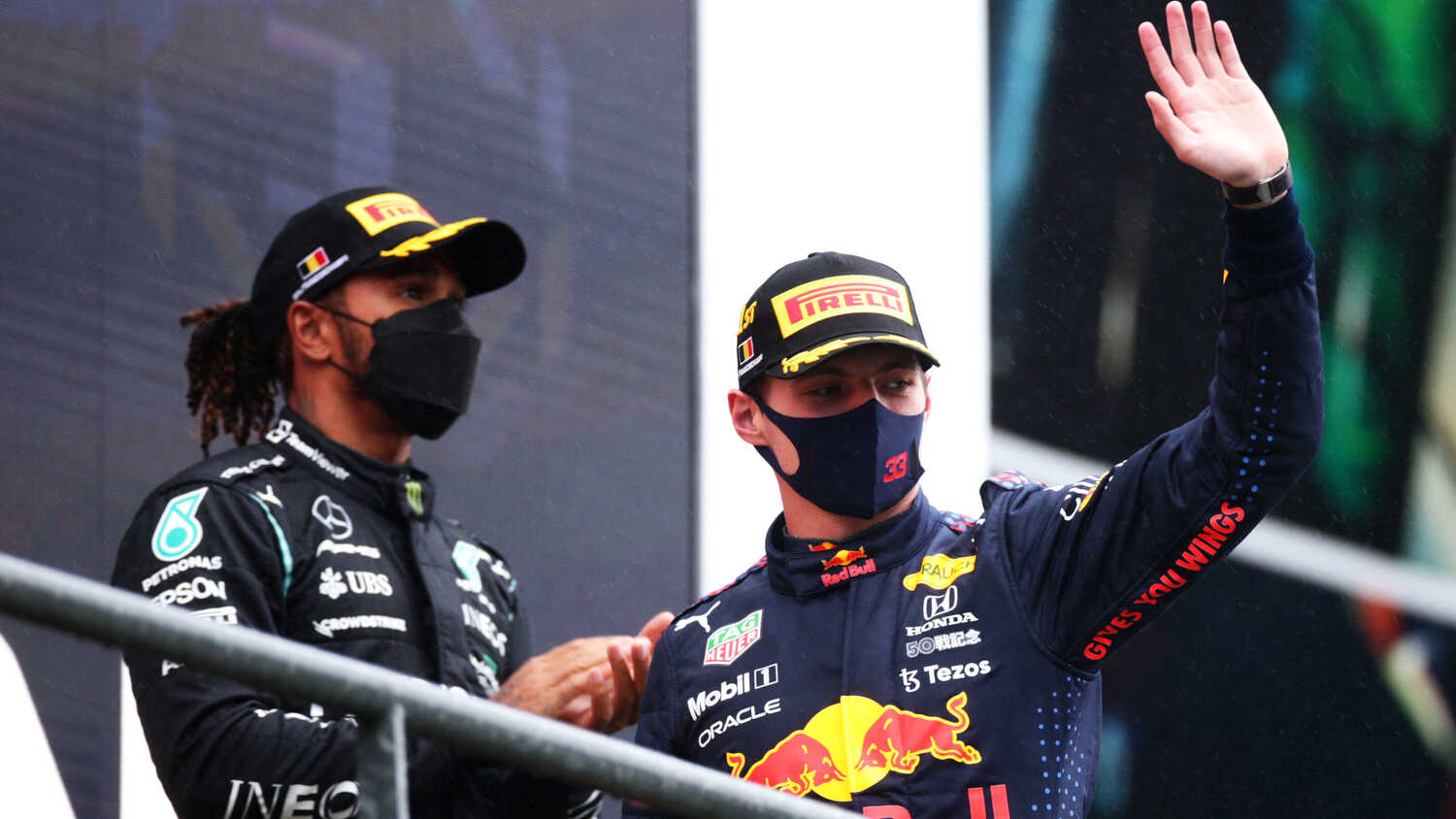 There wasn't much on track action at the 2021 F1 Belgian GP, however enough laps were completed to allow Max Verstappen to take the win and reduce his deficit to Lewis Hamilton in the Drivers' Standings.

The race was delayed for more than three hours due to heavy rain, and when cars did take to the track behind the Safety Car, the decision was made to red flag the Grand Prix after two laps.

Verstappen was declared the winner with George Russell and Hamilton rounding out the podium, with half points awarded in what was the shortest race in F1 history. It means the Mercedes driver now holds a three point lead in the Drivers' standings.

The trio of Lando Norris, Valtteri Bottas and Sergio Perez - who sit third, fourth and fifth in the standings respectively - all failed to score points, with the Red Bull driver failing to score points after crashing his car on the formation lap.

As for the Constructors' standings, Mercedes now hold a seven point lead over Red Bull while McLaren's lead over Ferrari now sits at there and a half points.

Check out the up to date F1 standings below.

Drivers' standings after the Belgian GP