The six times half points were awarded for an F1 race

Formula 1's 2021 Belgian Grand Prix was just the sixth time half points have been awarded in the sport's 71-year history. RacingNews365.com takes a look at the five other instances when this has happened. 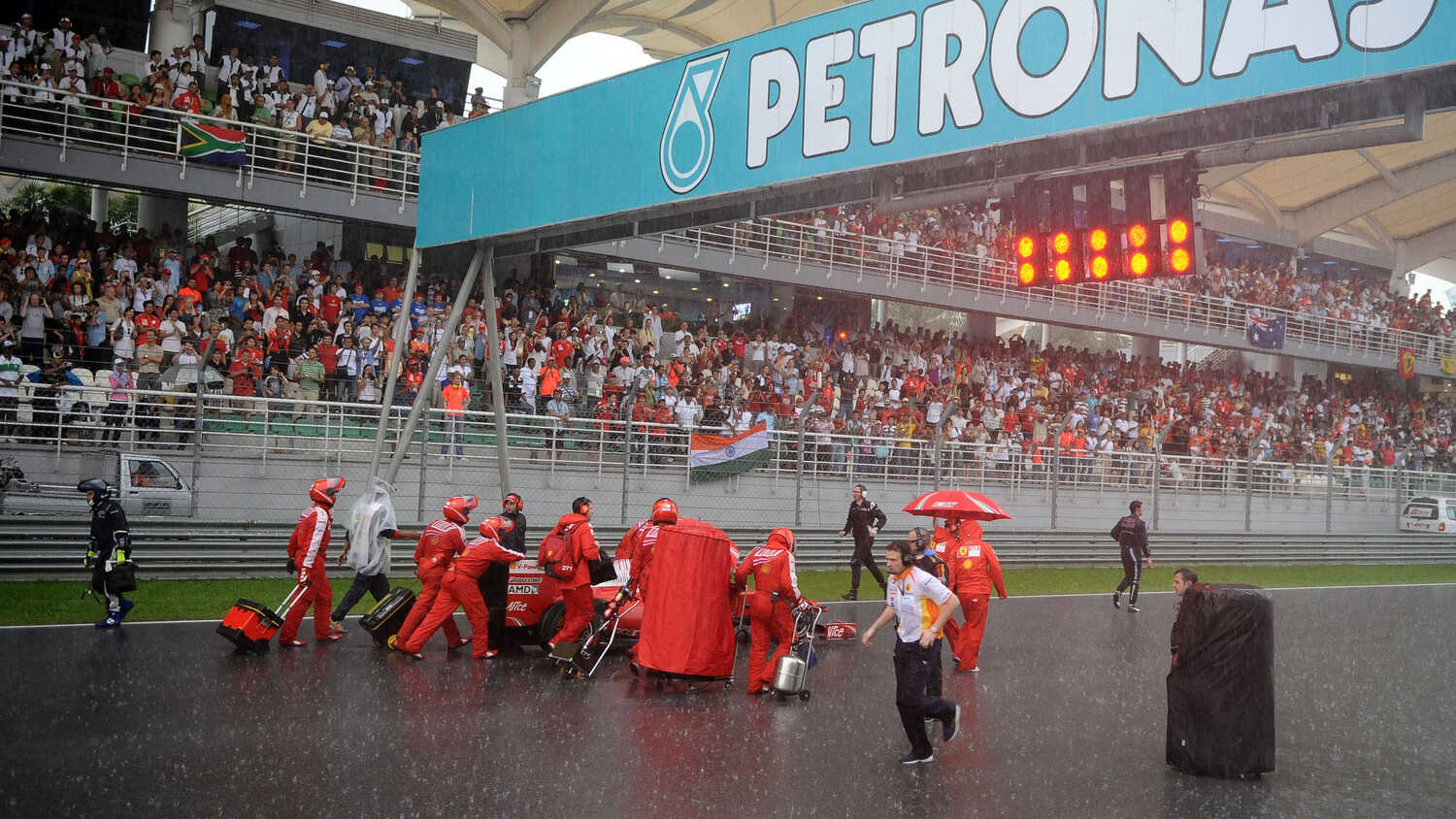 The 2021 Belgian Grand Prix has gone down as the shortest Formula 1 race in the sport's history, at less than 7km, with the classification officially declared after one lap behind the Safety Car.

Despite this, half points were awarded for the first time in over 12 years, meaning Max Verstappen earned 12.5 points because of his pole position, whilst Nicholas Latifi made it a double points finish for Williams as he moved up to 10th, after Sergio Perez failed to start the 'race' when he crashed on his way to the grid.

Sunday's event broke the shortest race record, which was held by the 1991 Australian GP when torrential rain brought the day to an early end.

Half points are given when less than 75 percent of the has been completed. The first time this happened was at the 1975 Spanish GP because of a horrific accident when Rolf Stommelen's Lola crashed into the crowd and killed four spectators.

Later that year in Austria, the race was stopped because of heavy rain. It was the same case nine years later at the famous 1984 Monaco GP, where Ayrton Senna stormed onto the F1 scene with a superb drive and was catching Alain Prost for the lead, only for the race to be stopped.

Senna won the next race to be called off early, which was the aforementioned 1991 Australian GP.

Prior to Sunday's controversial events in Belgium, the last race which saw half points was the second race of the 2009 season, when Jenson Button made it back-to-back victories by winning the Malaysian GP.

Many F1 fans will remember Kimi Raikkonen eating an ice cream during the wait to see whether the race could be started on that particular afternoon.