Here is the final starting grid, including confirmed penalties, for the F1 2021 Belgian Grand Prix at Spa-Francorchamps. 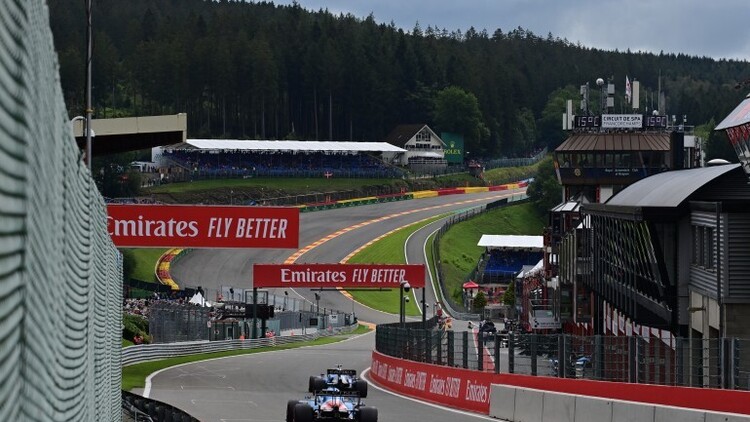 Here is the final starting grid for Sunday's F1 Belgian Grand Prix at the Circuit Spa-Francorchamps.

Red Bull's Max Verstappen will start from pole position, with Williams' George Russell alongside him on the front row after a tremendous display in a wet qualifying session.

Lewis Hamilton is the highest placed Mercedes in third, with McLaren's Daniel Ricciardo starting alongside.

Valtteri Bottas will start his Mercedes from 12th on the grid. Having qualified in eighth, the Finn takes his five place grid penalty for causing a collision at the start of the Hungarian Grand Prix four weekends ago but moves up a place due to a penalty for Lando Norris on Sunday morning.

Similarly, Aston Martin's Lance Stroll starts from 20th after qualifying 15th for having caused a similar incident in Budapest.

Norris has also been given a five place grid penalty, due to requiring a change of gearbox after his qualifying crash on Saturday. He'll start the race from 14th as a result, demoted from the ninth place he was classified in after Saturday's action.

An hour prior to the race, Alfa Romeo's Kimi Raikkonen was given a penalty. The Finn will start the race from the pitlane as a result of a rear wing change, after qualifying in 19th on Saturday.

This starting grid is now final, confirmed by the FIA.