Red Bull's Sergio Perez has set the pace in second practice for the United States Grand Prix, although the quickest time of the session was deleted for exceeding track limits. 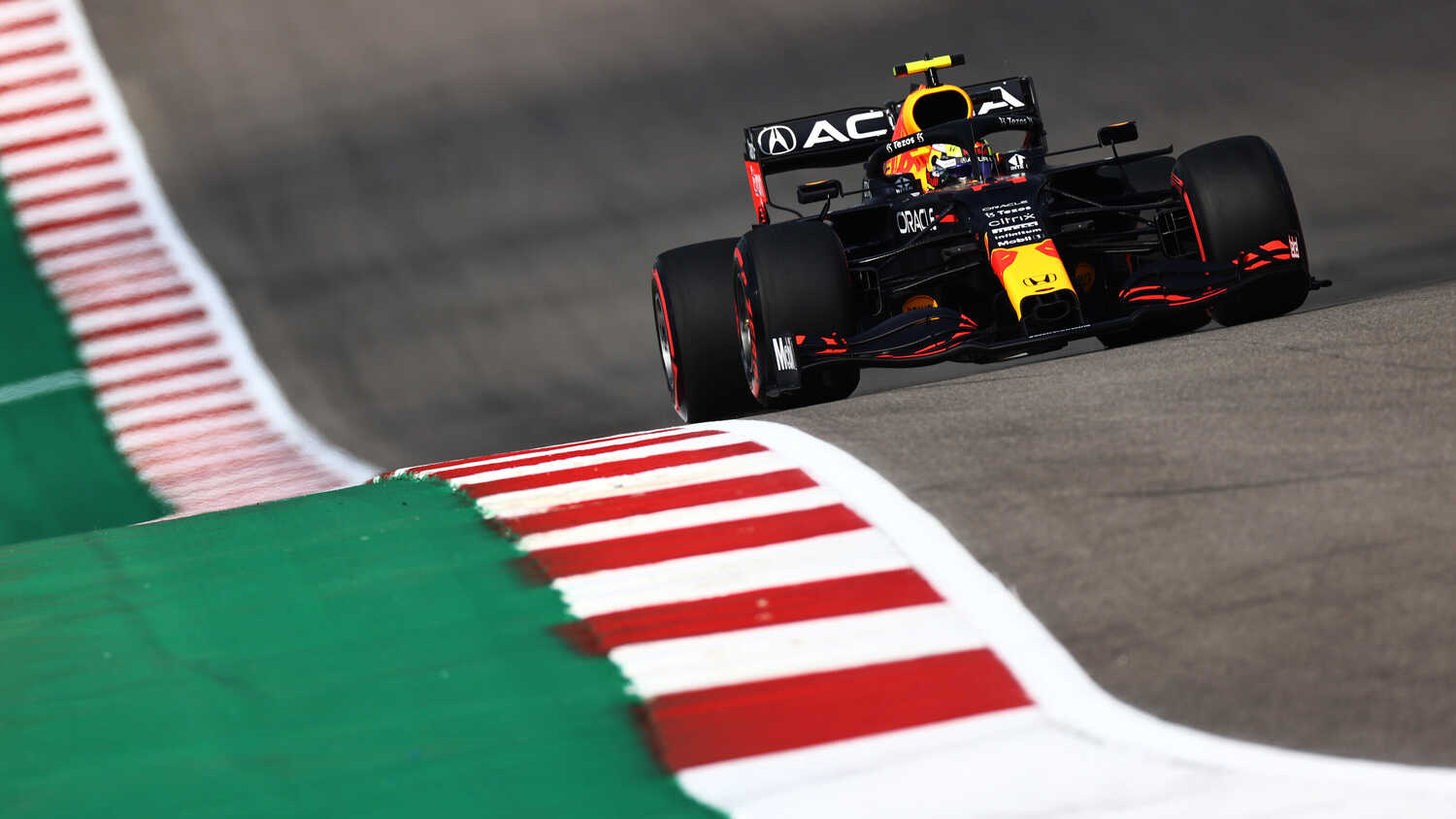 Sergio Perez has gone quickest in second practice at the Circuit of the Americas, ahead of the United States Grand Prix.

With the sun peeking through the clouds in Austin, air temperatures were warmer than the earlier session, with the thermometer just hitting 30 degrees celsius.

In the warmer conditions, Perez set a 1:34.946 on the Soft tyre midway through the session to go quickest overall.

However, the fastest time of the session overall was a 1:34.8. This was set by Mercedes' Lewis Hamilton at the 25-minute mark, but the time was deleted as he exceeded track limits at Turn 19.

Hamilton regrouped himself by doing a cooldown lap before going again. On his second flying lap on the Soft tyre, he set a 1:35.3 to slot into third and 0.364s down on what Perez managed.

Separating Perez and Hamilton was McLaren's Lando Norris. Having finished eighth in the morning session, he set a 1:35.2 on the Softs to finish a quarter of a second down on Perez.

Max Verstappen finished the session down in eighth place, with the championship leader having a somewhat scruffy session.

Verstappen ended up having a little tussle with Hamilton entering the pit straight early in the session, with the Mercedes driver passing the Red Bull into Turn 1. This got a laugh from Verstappen, who got on the radio to call Hamilton a "stupid idiot".

Attempting to get started on a Soft tyre lap, Verstappen was blocked by traffic as his team gave him the signal to go. This led to a frustrated radio call from Verstappen, who declared he was returning to the pits. As a result, he never set a representative time on the Soft tyre.

This meant that fourth place went to Mercedes' Valtteri Bottas, who finished half a tenth behind what Hamilton managed on the Soft.

Ferrari were left trailing the two McLarens, with Charles Leclerc the highest-placed driver in red as he finished in seventh, ahead of Verstappen, teammate Carlos Sainz and Alfa Romeo's Antonio Giovinazzi in 10th.

Alpine's Esteban Ocon was 11th, in front of AlphaTauri's Pierre Gasly and Alpine's Fernando Alonso. The Spaniard had a dramatic moment near the end of the session, spinning off at Turn 19 as he lost the rear of the car on the entry kerb. A gentle tap of his rear wing against the barriers wasn't enough to prevent him from driving out of the gravel and back into the pits.

Alfa Romeo's Kimi Raikkonen was down in 14th, ahead of Aston Martin's Sebastian Vettel and AlphaTauri's Yuki Tsunoda in 15th and 16th. Vettel, like Verstappen, never managed to put in a time on the Soft tyre as he chose to stick to race simulations on the Medium tyre.

Haas' Mick Schumacher was 17th, followed by the Williams duo of Nicholas Latifi and George Russell. Nikita Mazepin finished 20th and last in the other Haas, three seconds down on the leading pace.