Lewis Hamilton stormed to pole position for the Qatar Grand Prix, as Mercedes got the better of Red Bull. Check out the full results from qualifying at the Losail International Circuit below. 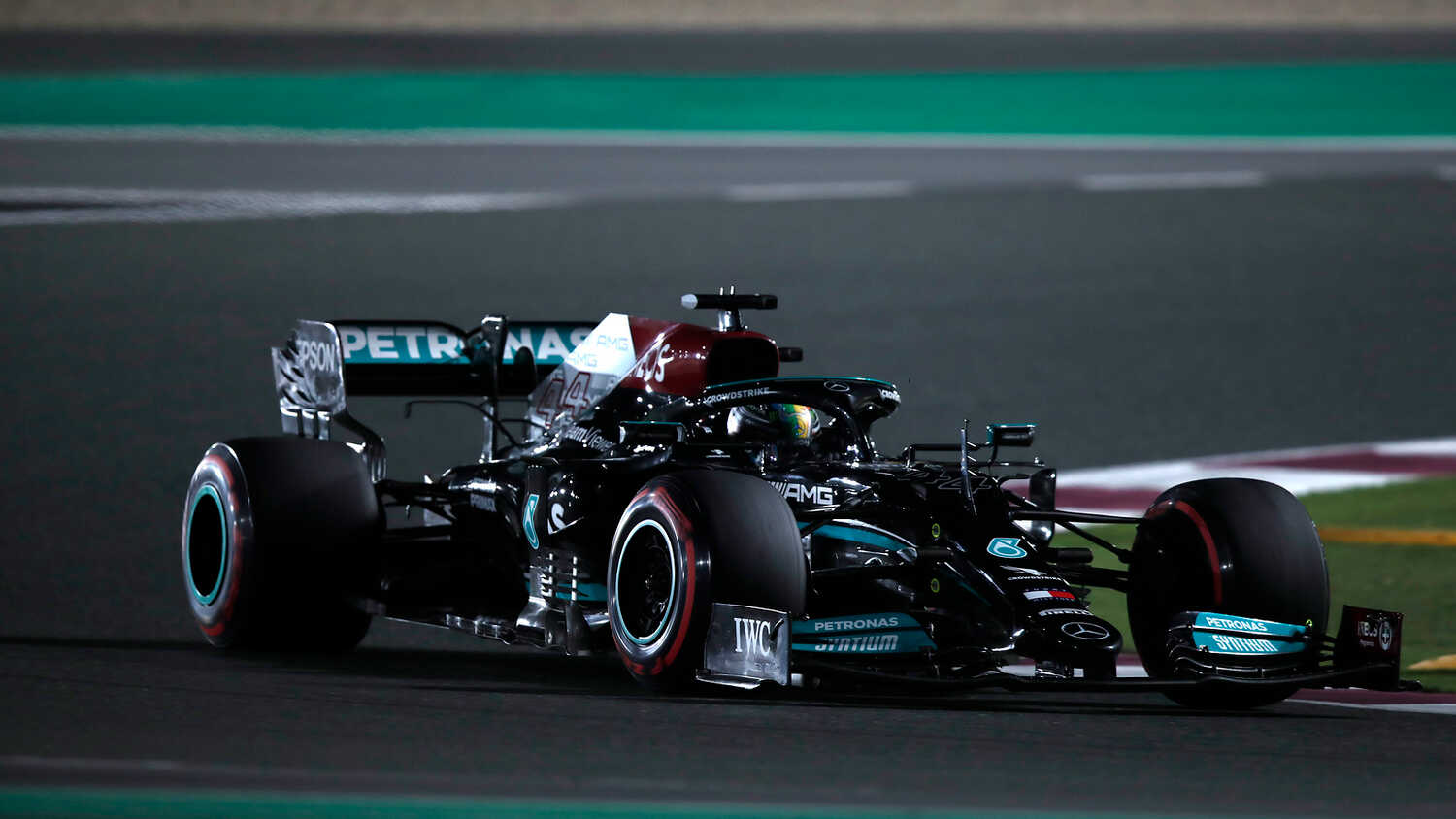 Mercedes have looked strong all weekend at the Losail International Circuit and Hamilton's pole position was his first since the Hungarian GP before the summer break.

Verstappen threatened Mercedes throughout qualifying, but was not able to overhaul Hamilton, although he was faster than Valtteri Bottas.

AlphaTauri's Pierre Gasly took fourth place, despite breaking his front wing which led to a puncture at the end of Q3.

Fernando Alonso was fifth in his Alpine, ahead of McLaren's Lando Norris and Ferrari's Carlos Sainz.

The full results from qualifying for the Qatar GP can be seen below.