As a Formula 1 fan, the name Rich Energy makes you think of drama, intrigue and quite a few Twitter posts. However the energy drink manufacturer looks to be on the brink of a return to Formula 1. We take a closer look at the mess the company left behind during their last F1 adventure. 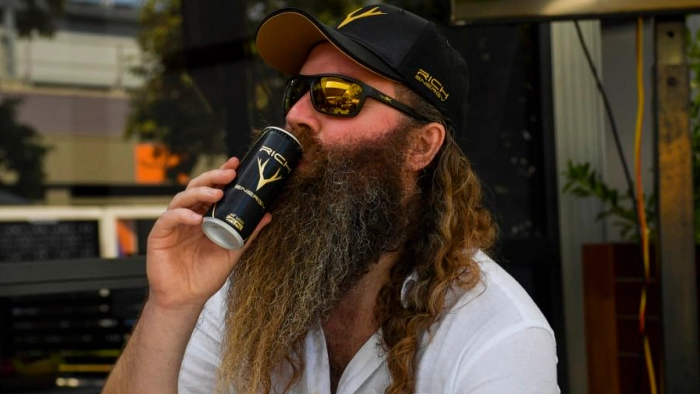 Back in 2018, Rich Energy and Haas proudly announced that the two parties would be joining forces. The British energy drink manufacturer became the American team's main sponsor a year later, but the marriage between the two parties ended in bizarre fashion. This is the story behind Rich Energy who are expected to return to Formula 1 in the coming days, with Williams mentioned as a possible landing spot.

Who are Rich Energy?

This first question is perhaps the most important one. Rich Energy are an energy drinks manufacturer based in London. However even when Haas announced they were partnering with the company, there were countless questions regarding their legitimacy given you couldn't find the black and gold coloured cans anywhere. We can confirm it exists after ordering a case. It tastes like an energy drink should taste. However if you were to look up Rich Energy's headquarters on Google Maps, you'd see nothing but a terraced house. An interesting base for a Formula 1 sponsor.

A dive into the archives shows that Rich Energy started popping up in the Formula 1 world back in March of 2018. Force India were in dire straits and it looked as though Rich Energy were keen to take over the ailing outfit. In the end boss William Storey fell behind Lawrence Stroll in the pecking order, with the Canadian buying the team and renaming it Racing Point.

Storey quickly looked for another opportunity to enter F1, landing with Haas who finished fifth in the constructors' standings. A multi-year agreement between the two parties followed in October 2018, making Rich Energy the main title sponsor for the American outfit in 2019. The collaboration raised eyebrows across the grid, but Haas reassured curious onlookers.

"The first payment has already been made as agreed," team owner Gene Haas said prior to the presentation of the new car that season. Perhaps the only positive thing that came from the deal was the stylish black and gold car, inspired by the Rich Energy colours. 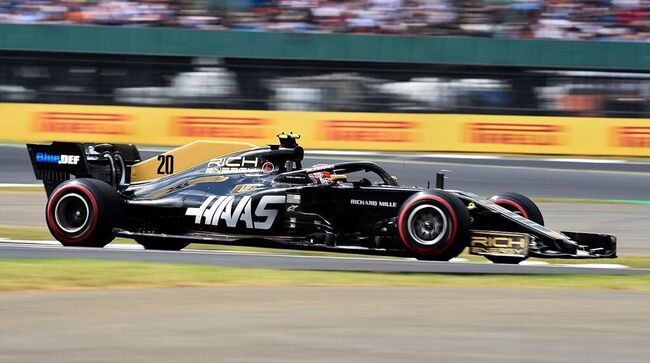 From trying to beat Red Bull to falling behind Williams

William Storey's eagerness to impress was apparent from the presentation from the car. He called on Haas to beat Red Bull, and when asked about the legitimacy of his company, he responded that "people who question Rich Energy probably doubt the moon landing and think Elvis Presley is still alive."

Haas finished ahead of Red Bull on the first day of testing, promotion Storey to Tweet: "Our first day in Formula 1 and we are already faster than Red Bull!"

However the relationship with Haas began to show cracks from there, with Rich Energy taken to court soon after as their logo was too similar to that of bicycle manufacturer Whyte Bikes. The judge agreed, meaning Rich Energy logos were taken off Haas cars.

Things got even wilder after the Austrian Grand Prix. Haas struggled to match the pace shown in 2018, finishing behind Williams, who missed test days earlier in the year since their car wasn't ready, at the event.

A few days after the event Rich Energy tweeted: "We have cancelled our contract with Haas immediately due to poor performance. We actually want to beat Red Bull, but now we're even behind Williams. That is unacceptable." Although shareholders tried to save the relationship by removing Storey from his position, the move ultimately failed.

Things went from bad to worse with Haas seeking £35 million in damages, citing a breach of contract since the sponsorship deal was set to run until 2022. The two parties eventually went their separate ways in September, with Rich Energy leaving Formula 1 entirely, and Haas' financial problems last season likely hinting that the sponsorship deal didn't pay off. 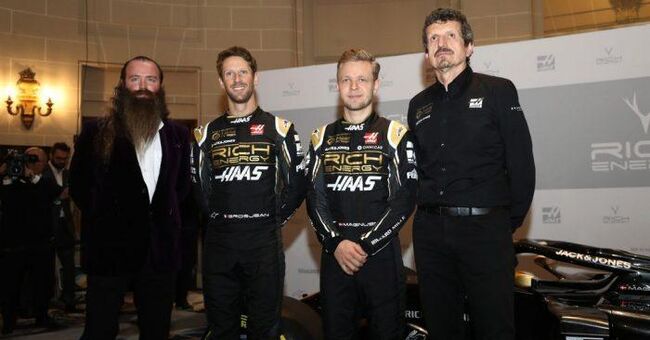 Rumours regarding a Rich Energy return started in 2020, with Williams mentioned as a possible landing spot. Storey didn't hide his admiration for the storied outfit, stating they were a "great team" that could be back on the podium with the "right management and investment", a not no subtle shot at Haas.

Nothing came from the tweet, though Rich Energy did team up with OMG Racing for the British Superbike class, in a deal worth several million pounds.

After that talk of Rich Energy and Formula 1 cooled off until the end of 2020, with Storey once again making himself heard on Twitter.

"Many will be surprised when we return to Formula 1, and with who," he wrote with a Rich Energy designed Formula 1 car.

A week later he added fuel to the fire by stating "the best energy drink in the world is making its best comeback ever!". So many words for a return that still hasn't been announced, though recent rumours suggest Williams may be a possible landing spot. However, any team that welcomes them should probably make sure they get most of their sponsorship money in advance.

Williams are an interesting partner if Rich Energy still want to challenge Red Bull. The team are under new ownership and management, but time will tell whether Storey's desire to get back into Formula 1 is real or just a clever attempt to get attention. This article is proof of that. No doubt the Formula 1 world will be keeping a close eye on any sort of announcement, provided one is even made at all.