George Russell will drive for Mercedes for a Pirelli tyre test at the Hungaroring on Tuesday. 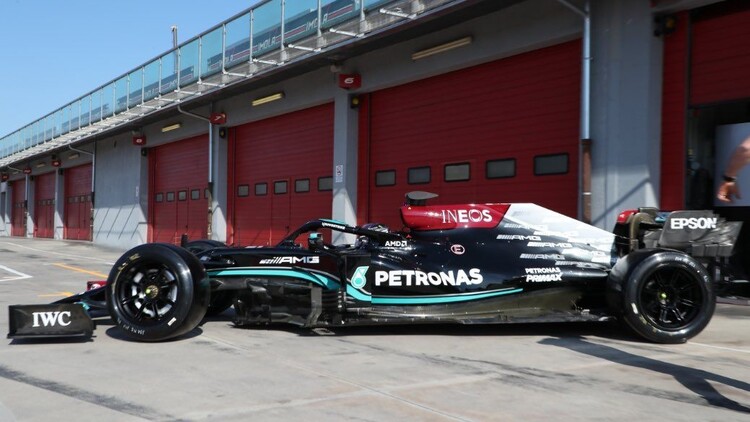 Mercedes have opted against putting Lewis Hamilton or Valtteri Bottas into their mule car for 18 inch tyre testing this week and, instead, have called up George Russell to take the wheel.

Pirelli, as well as three teams, have stayed on the Hungaroring to continue their 18 inch tyre testing programme ahead of the introduction of the bigger wheels in 2022.

Mercedes will field Russell, who has to hold off on starting his summer break just yet, with the British driver taking the wheel on Tuesday for a solitary day's testing. Russell isn't able to take part in the testing programme with Williams, as the team are the only ones unable to supply a mule car for use by Pirelli.

McLaren and Ferrari have also stayed on for testing, with Ferrari carrying out testing on Tuesday with a yet to be confirmed driver. McLaren will stay on for two days, with Lando Norris driving on Tuesday before handing over to Daniel Ricciardo for Wednesday.