Sergio Perez was quickest in the second practice session at the 2021 Azerbaijan Grand Prix, finishing ahead of teammate Max Verstappen and Ferrari's Carlos Sainz. 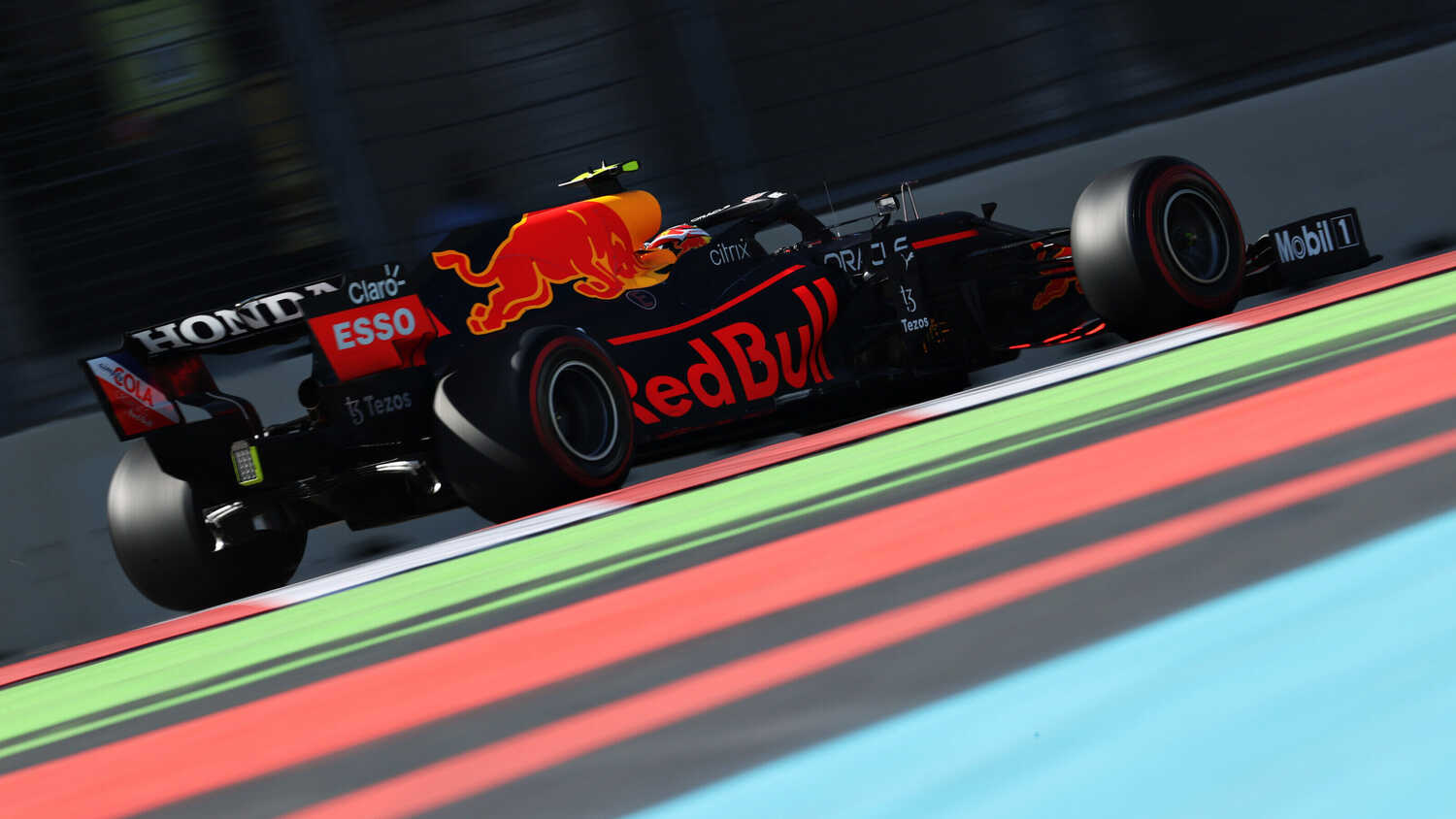 Sergio Perez continued Red Bull's strong form, topping the timesheets in FP2 for the Azerbaijan Grand Prix ahead of teammate Max Verstappen and both Ferraris.

After the Dutchman finished with the fastest time in FP1, it was the Mexican who impressed in the higher afternoon temperatures. He finished the day with a 1:42.115, with Verstappen finishing just 0.101s behind as both drivers set their time on the soft compound tyres.

Charles Leclerc set the fastest time early on, putting in a time that was just 0.006s ahead of Pierre Gasly with both on the medium compound.

The lap times came down as teams switched to the soft tyres, with Carlos Sainz initially ahead. Unfortunately for Leclerc he brought out the Virtual Safety Car, locking up into Turn 15 and going straight into the barriers. He made his way back to the pits while the marshals retrieved his front wing. Nevertheless Ferrari will be pleased after ending the day with Sainz in third and Leclerc in fourth.

As the session went on drivers noted their tyres were graining, with the high temperatures likely to blame. Mercedes couldn't get things to click during the session, with Lewis Hamilton less then enthusiastic about how things played out while speaking on the team radio. He finished the day down in 11th, while Valtteri Bottas could only muster the 16th fastest time.

All of the grid outside of Nikita Mazepin and Verstappen headed straight out when the lights turned green as drivers and teams hit the track in warm and sunny conditions that should be replicated in qualifying on Saturday.

There was a noticeable lack of grip early on as the likes of Bottas and Lando Norris went off, while Sebastian Vettel spun at Turn 16.

The session was red flagged when Nicholas Latifi stopped on track. The Williams driver had an issue heading into Turn 13, and although he was able to make it back on track, his car came to a halt on track.

Mick Schumacher's time on track was hampered due to an oil pressure issue. He ended the day down in 19th ahead of Mazepin.