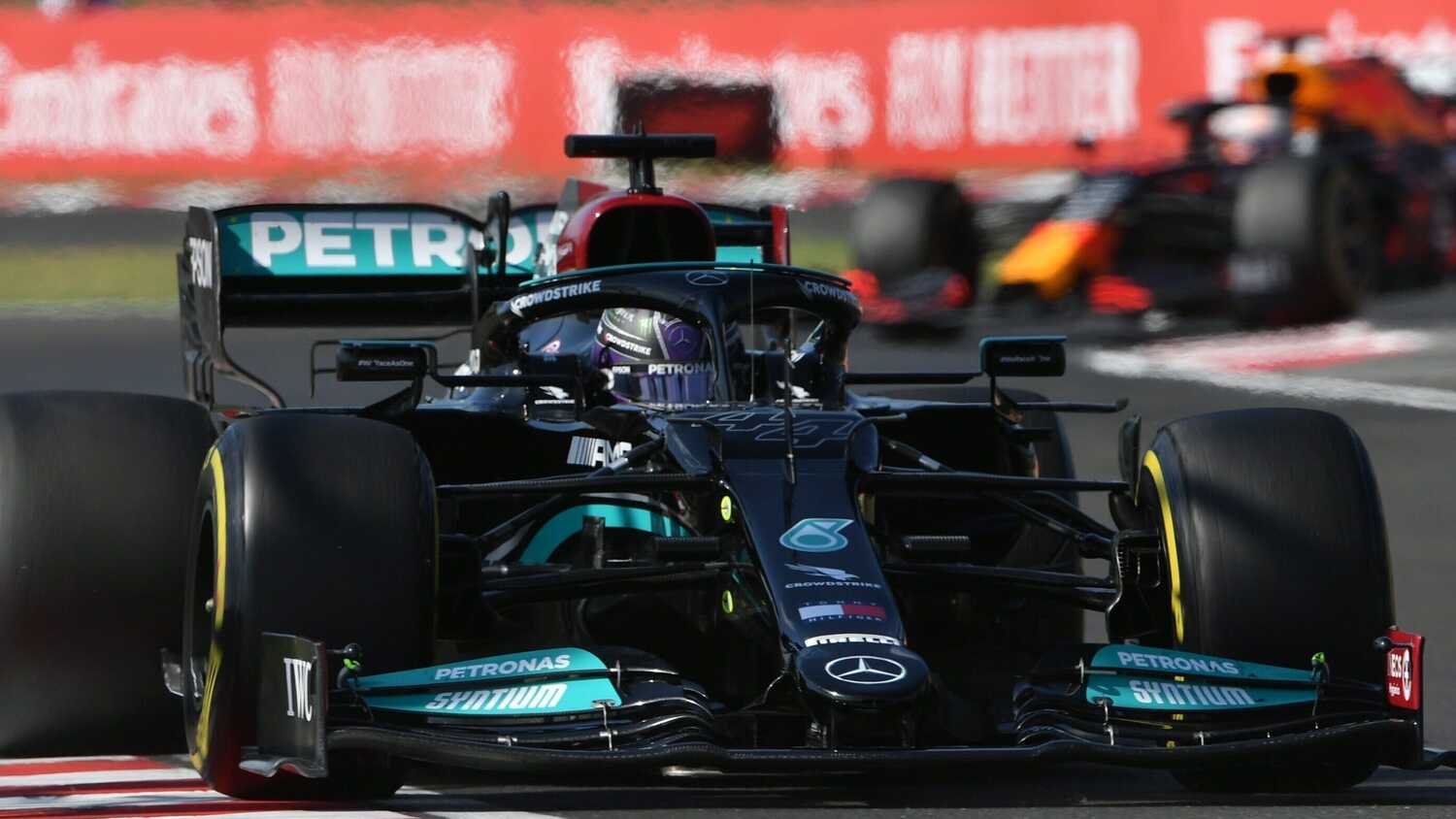 Mercedes' Lewis Hamilton has set the pace in the final practice session at the Hungaroring, having set his fastest time in the closing minutes after a brief red flag due to a crash from Haas' Mick Schumacher.

Fitted with a fresh set of soft tyres for the closing minutes, Hamilton pipped Red Bull's Max Verstappen to top spot just a few seconds after the Dutch driver had taken the fastest time himself.

Hamilton ended the session with a 1:16.826 on the soft tyre, just 0.088 clear of Verstappen, with Friday pacesetter Valtteri Bottas settling for third place and quarter of a second down on the ultimate pace.

It was Bottas who had led the way during the opening forty minutes of the session, ahead of Verstappen.

The session was red-flagged with 15 minutes remaining in the session, as Haas' Mick Schumacher crashed his car at Turn 11.

Visibly struggling to control the rear of the Haas, Schumacher lost it going through the fast right hander and went off into the barriers. Uninjured, he radioed in and apologised to his team, saying "I know what that means."

It's now a huge ask for Haas to get the car ready for qualifying, given the extent of the damage and the checks that his engine and gearbox will need after such a hit.

With the drivers coming back out on fresh softs for the closing minutes of the session, Bottas had to settle for third behind Hamilton and Verstappen, with Ferrari's Carlos Sainz slotting into fourth ahead of teammate Charles Leclerc.

McLaren's Lando Norris finished in sixth, 0.9 down on the ultimate pace, with Red Bull's Sergio Perez in seventh a further tenth behind. Daniel Ricciardo finished a commendable eighth for McLaren and 0.2 behind Norris as the Australian continues to look increasingly comfortable with the MCL35M. Alpine's Fernando Alonso was ninth, with Aston Martin's Lance Stroll rounding out the top ten.

The Canadian was involved in a strange pitlane incident with Alfa Romeo's Antonio Giovinazzi, with the Italian released unsafely and clouting the right rear of Stroll's car as the Aston Martin drove past in the pits. Both escaped without damage, but the stewards will be investigating the incident.

AlphaTauri's Pierre Gasly was 11th, ahead of Alpine's Esteban Ocon and the Aston Martin of Sebastian Vettel.

AlphaTauri's Yuki Tsunoda finished 14th, ahead of Alfa Romeo's Kimi Raikkonen and Williams' George Russell and Nicholas Latifi. Giovinazzi was 18th, Schumacher in 19th, and Nikita Mazepin in 20th in the second Haas.