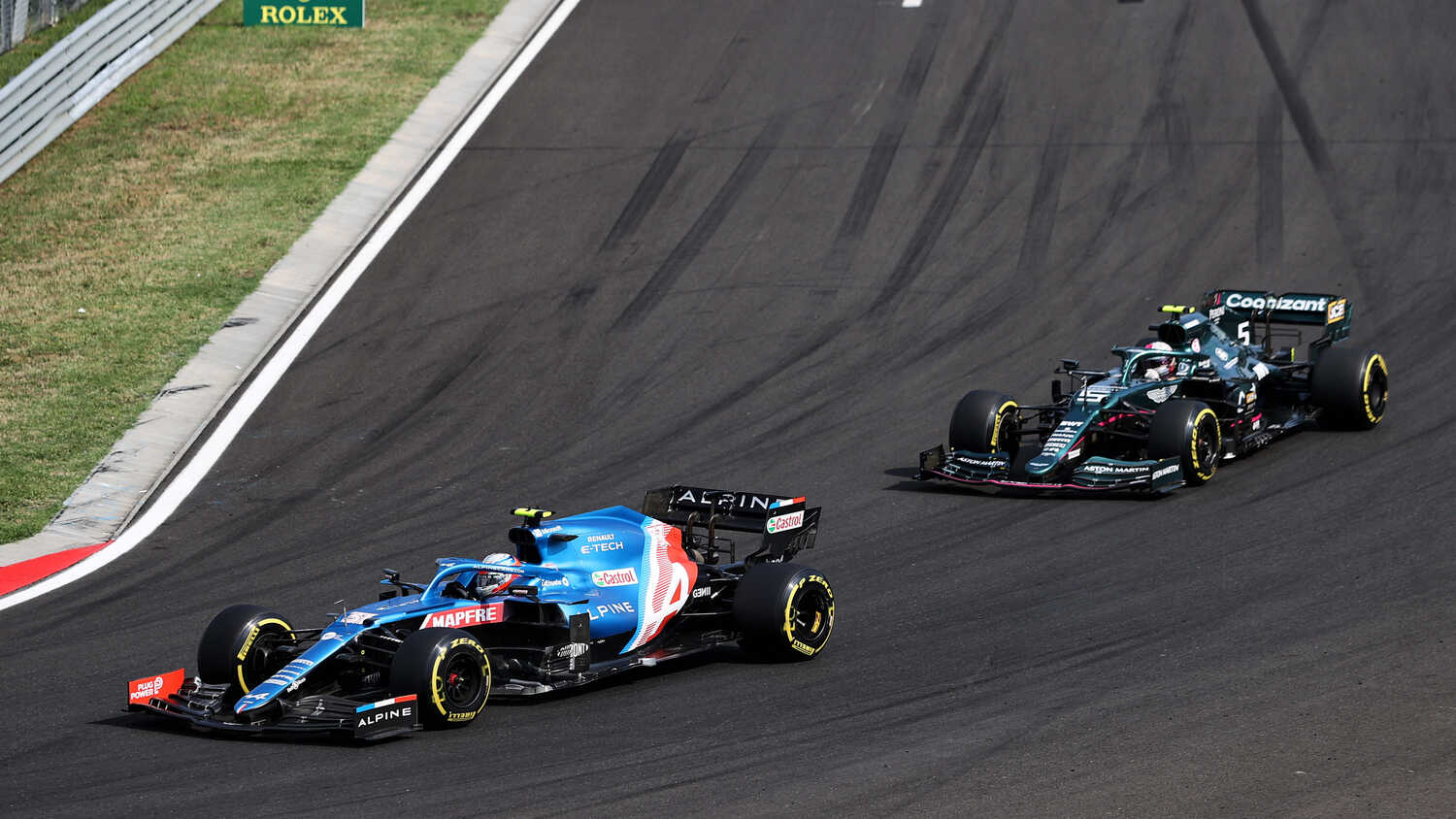 Alpine's Esteban Ocon has won the Hungarian GP after a remarkable race that saw rain, an early red flag and several DNFs.

The Frenchman managed to keep his nose clean to take his first career win in stunning fashion, keeping Aston Martin's Sebastian Vettel at bay all race with Lewis Hamilton rounding out the podium.*

The Mercedes driver bounced back after an early blunder from his team, while Max Verstappen finished 10th after suffering heavy damage on the opening lap.

The full results from the 2021 F1 Hungarian Grand Prix can be seen below.

*Vettel was disqualified after the race for not having enough fuel to take a fuel sample which has moved Carlos Sainz onto the podium. Aston Martin will appeal the decision.