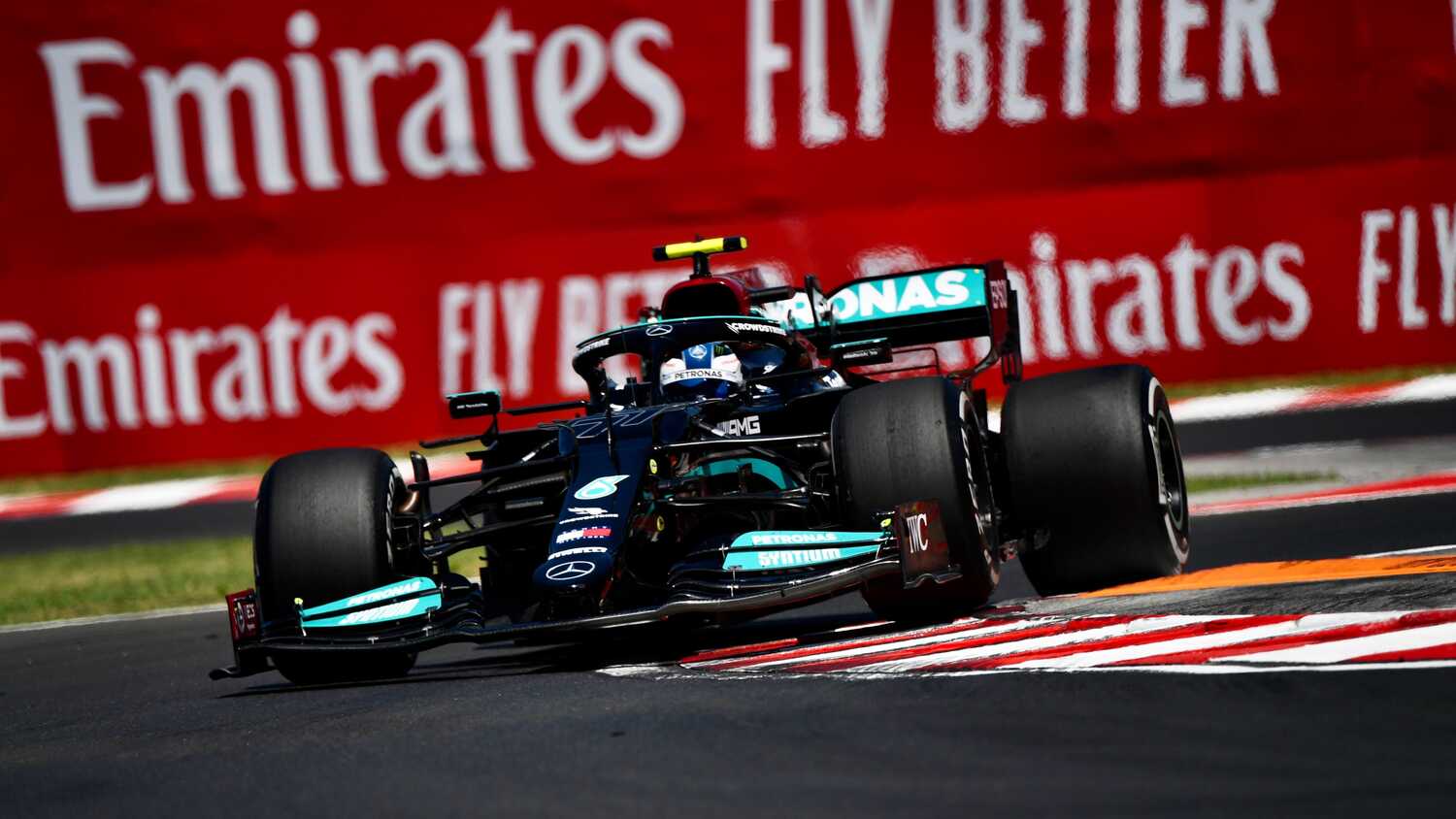 Mercedes' Valtteri Bottas continued his strong Friday form by topping the timesheets during the second practice session for the Hungarian GP ahead of teammate Lewis Hamilton and Red Bull's Max Verstappen.

Verstappen, who finished with the fastest time in the morning, finished third after some issues with understeer and oversteer. The Dutchman was half a second down through the middle sector before clawing back three tenths to finish 0.298s back of the Finn. The second Red Bull of Sergio Perez finished fifth.

McLaren were off the pace for much of the session with Lando Norris down in ninth while Daniel Ricciardo could only manage the 13th fastest time, four tenths behind his teammate.

AlphaTauri continued to work on Yuki Tsunoda's car after the Japanese driver brought out a red flag in FP1, costing him even more track time. The youngster eventually made his way out on track with two minutes remaining.

Aston Martin found themselves higher up the timesheet early in the session before eventually settling for the eight and 10th fastest times with Sebastian Vettel and Lance Stroll respectively. Meanwhile the Ferrari duo of Charles Leclerc and Carlos Sainz had a rather anonymous FP2 with the pair settling for 11th and 12th.

Meanwhile Kimi Raikkonen got his first taste of action after Robert Kubica took his seat in FP1, with the Finn setting the 14th fastest time in the Alfa Romeo.