Aston Martin aren't sitting back and taking the disqualification of Sebastian Vettel from second place in Hungary lightly, and intend to appeal the steward's ruling. 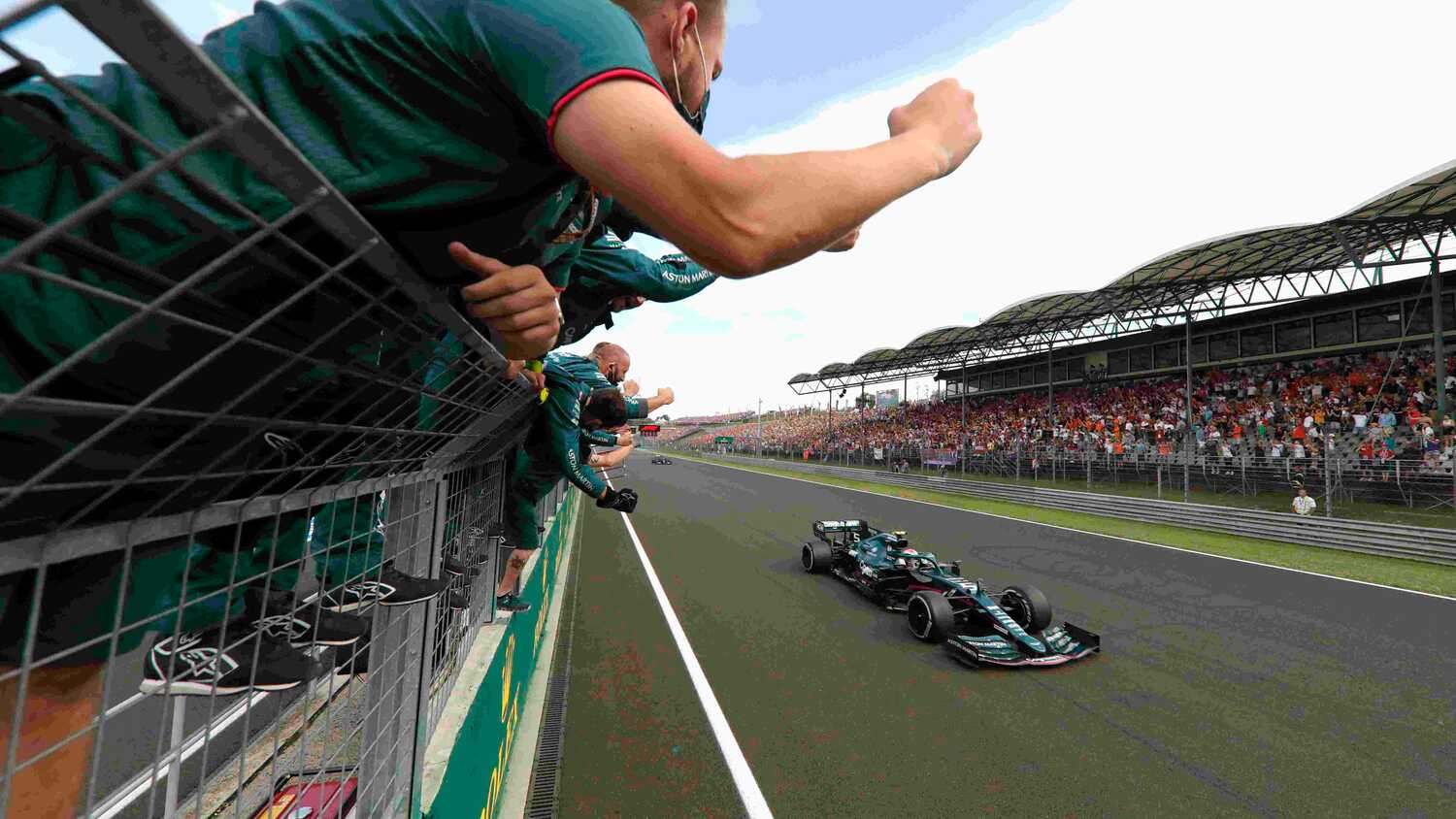 Aston Martin have confirmed that they intend to appeal the disqualification of Sebastian Vettel from second place at the Hungaroring. The German driver finished in second place on track, but was disqualified by the stewards hours after the podium ceremony.

This was because the FIA stewards were only able to get 0.3 litres of fuel out of the car for a fuel sample. The technical regulations stipulate that the car must have one litre of fuel in the car for these checks. Team boss Otmar Szafnauer believes that the car should have 1.74 litres of fuel in the car, and Aston Martin have formally lodged an appeal with the stewards.

"The Stewards have received a Notice of Intention of Appeal from Aston Martin at 22:14 hours on 1st August 2021," read a statement from the FIA.

"In this context, the FIA Technical Department representatives were asked by the Stewards to seal and impound Car 5 until such time as the Notice of Appeal is received or the FIA International Court of Appeal makes any determinations as relevant.

"In making this determination, Aston Martin hereby declare that the removal of the various components to safely transport Car 5 to the FIA facility in no way compromises the evidence and has no impact upon the matter being appealed."

With the team believing there is more fuel in the car than what the race stewards could extract, Szafnauer explained the process now is to take the car sufficiently part to get the rest out.

“I can confirm an intent to appeal,” Szafnauer told Autosport.

“So once we learn more, then if we have grounds we will appeal, and if not, we'll drop it. But we have 96 hours.

“By all of our calculations, there should still be 1.44 litres of fuel left in the car after the 300 millilitre sample was taken.

“And we just have to show the FIA that it was in there, and 300 millilitres is enough for their fuel sample. And that will be the basis of the appeal.

“So the car will be impounded. So we'll just go in and find the fuel and measure it. We'll figure it out.”