Can Mercedes hit back on Red Bull's home turf?

The 2021 Formula 1 season has been a classic so far and it's Red Bull who have the advantage going into the Styrian GP. Can they maintain their lead this weekend or will Mercedes fight back? 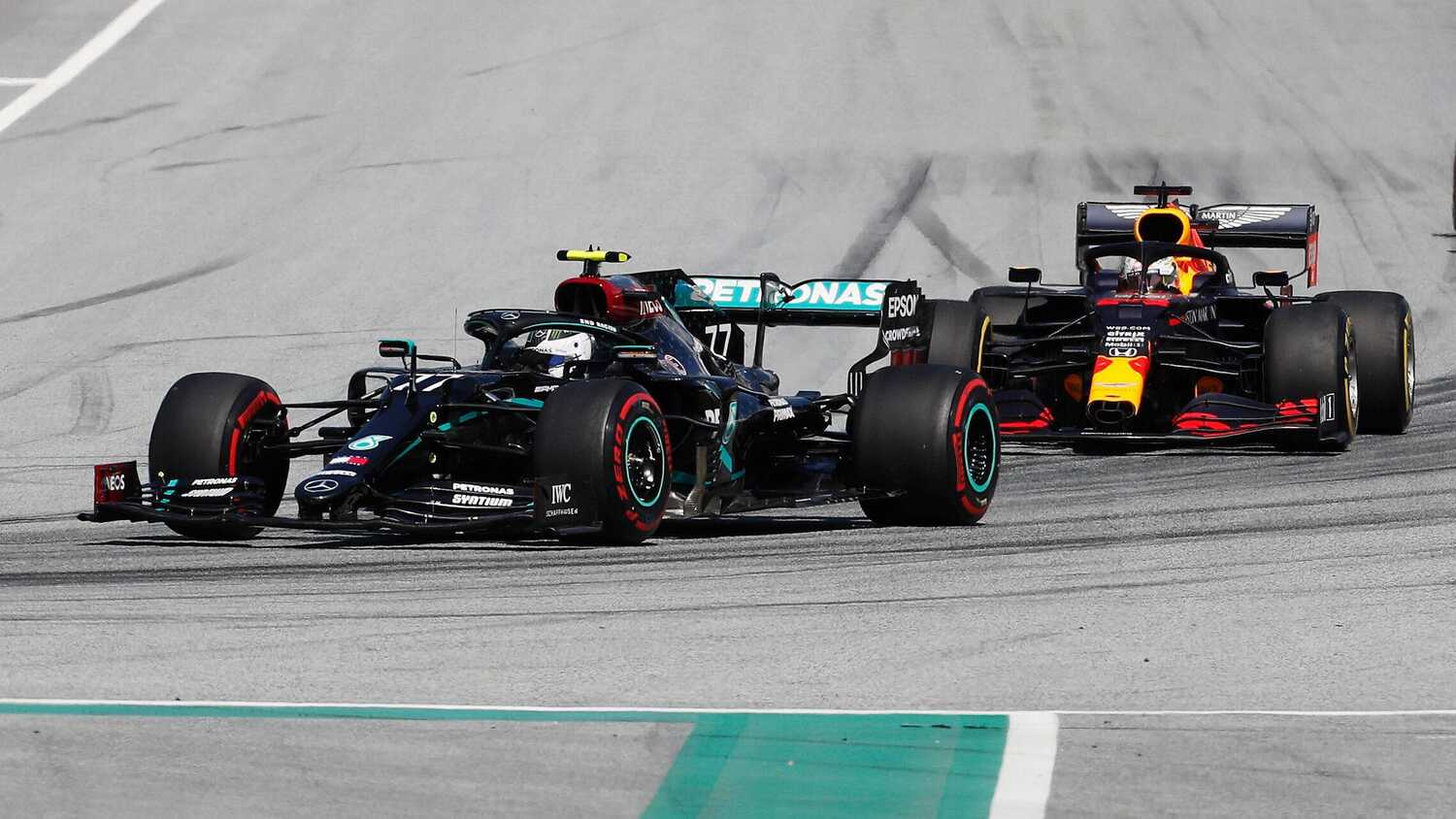 The Styrian GP plays host to round eight of the 2021 Formula 1 World Championship, a venue which has created some memorable moments in the past. Mercedes will be seeking revenge after Red Bull snatched victory away from them last weekend at Paul Ricard, a track which suited the long-wheelbased W12.

It was a key race as to how the rest of the season could play out. Red Bull appear to have a car that is capable of beating Mercedes on any track, so can they make it four wins in a row on Sunday?

Austria's Red Bull Ring produces the shortest lap time of the year (unless the Bahrain outer layout returns). There are only seven real corners so the gaps in the field are very small with just hundredths of a second splitting the cars.

If the teams were unhappy about some of Paul Ricard's kerbs, the Red Bull Ring will be a nightmare. The budget cap restrictions have already caused headaches for the teams so damaged front wings or bargeboards will have big implications.

The exit of Turn 1, Turn 5 and the final two corners have proved difficult for the drivers to avoid the yellow exit kerbs.

After visiting a track which has lots of run-off, Austria will see a return to a more old-school circuit where the drivers have to build their confidence to push the limits and boundaries of the 4.3km track.

Three DRS zones remain on the first three straights of the lap, starting with the start/finish straight. Expect to see plenty of wheel to wheel action up and down the Austrian hills in the opening few corners. 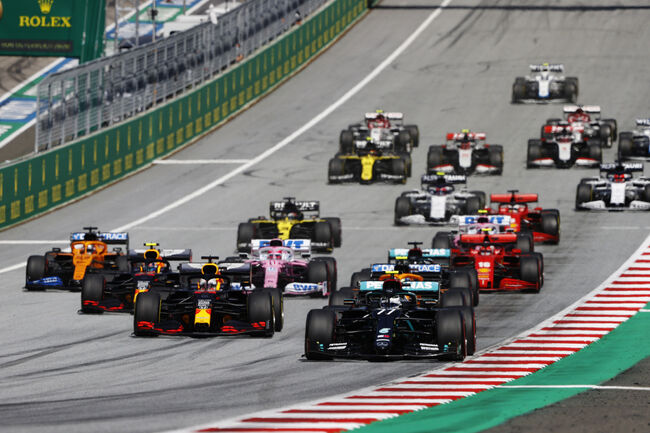 Red Bull have managed to challenge and beat Mercedes in Austria in seasons when they have not been challenging for the title. Verstappen won in 2018 as well as a brilliant victory in 2019 when he charged through the field from eighth to first.

Given that Red Bull have built their best ever car in the turbo-hybrid era, they have to be favourites for this weekend's event.

However, Mercedes seemed to still have a slight edge on race pace in Paul Ricard despite Verstappen's victory so Sunday should be another close affair.

"We come here off the back of three consecutive wins and it is encouraging that we won at a conventional race track like Paul Ricard, as well as at the two street circuits prior to that," Honda technical director Toyoharu Tanabe told the press.

"The nature of this track means it usually produces exciting racing and, as our rivals are still very strong, we can expect a very close fight in qualifying and the race." 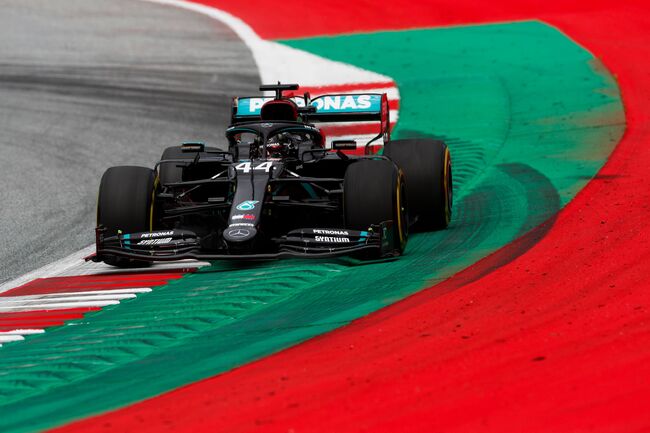 Rain on the way

The early Spielberg weather forecasts suggest that rain will play a part at some point in the weekend. High temperatures earlier this week will turn to thunderstorms on Friday with rain in the area for qualifying and the race.

If rain does fall, Hamilton will be rubbing his hands because he is the wet weather master. He won nine rain-affected races in a row from 2014 to 2018 and won his eight world title at last season's Turkish Grand Prix in the wet with one of the best drives of his F1 career.

Also last year, he took pole position with a stunning lap in torrential rain in the second Austrian race by over one second.

Watch out for a potential Hamilton masterclass in the wet. 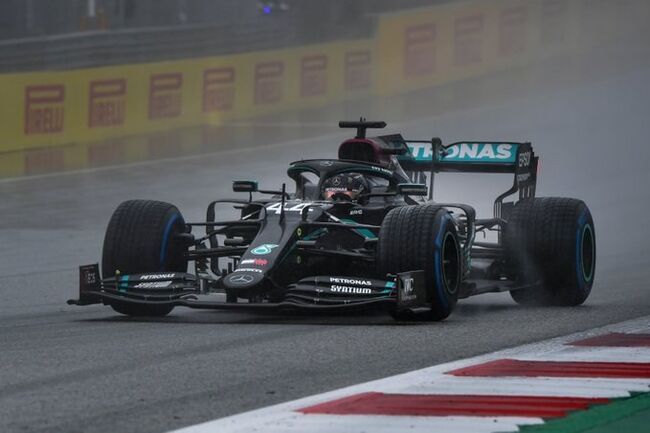 McLaren on the podium?

McLaren are having a great season and their race pace in particular has been the main reason for Lando Norris' fantastic results, as well as Norris' excellent skills behind the wheel.

Norris took his first F1 podium 12 months ago in Austria and he has improved in every area since then. He needed some luck and chaos to be in third place on that day but McLaren's development over the winter has definitely brought them closer to Mercedes and Red Bull.

A perfectly executed weekend could see Norris on the gearbox of the Sergio Perez and Valtteri Bottas, and if there are any mishaps at the head of the field, he will be the one to take full advantage.

Bottas' best chance of a win?

Austria has been one of Bottas' best tracks. He led from start to finish on his way to victory in 2017, and did so again last year.

The Finn also beat Hamilton on pure pace in the 2019 race on his way to third and seems to enjoy the short, sharp nature of Spielberg.

If Bottas is on form, he could cause a major problem for Mercedes because taking points away from Hamilton is the last thing the team needs if they want to defend their titles.

We saw how aggressive Bottas was in Paul Ricard when he was right in the fight at the front in the middle of the race, punishing his tyres to stay with Hamilton rather than dropping away. It didn't pay off but it shows that he really wants it and is unlikely to play any team games. 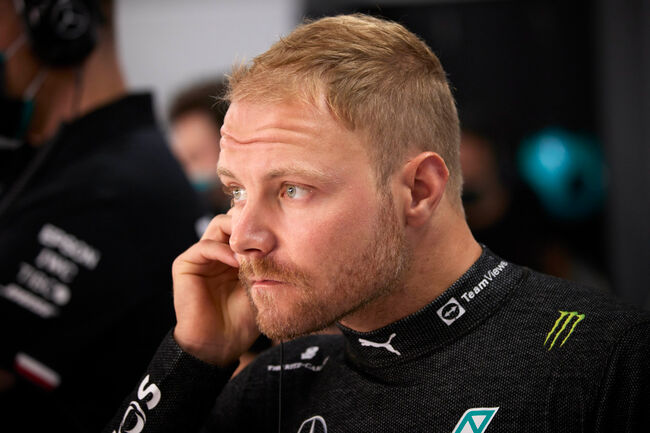 Ferrari fear that their front tyre wear problems will remain for the foreseeable future but are hoping to find a solution that can mitigate the damage.

With the France and Austrian races coming in quick succession, it's not an ideal situation for the Italian manufacturer. They will be hoping that their poor race pace in Paul Ricard was mainly down to the changing track conditions, although they think this may not be the case.

Austria will definitely be an eye-opener as to whether Ferrari could go backwards in the coming races and if they have given McLaren an easy ride to third place in the Constructors' Championship.