Ferrari fear French GP disaster was not a one-off

Laurent Mekies and Carlos Sainz are unsure that Ferrari can fix the tyre issues that they suffered in Paul Ricard as both drivers finished outside of the points-paying positions. 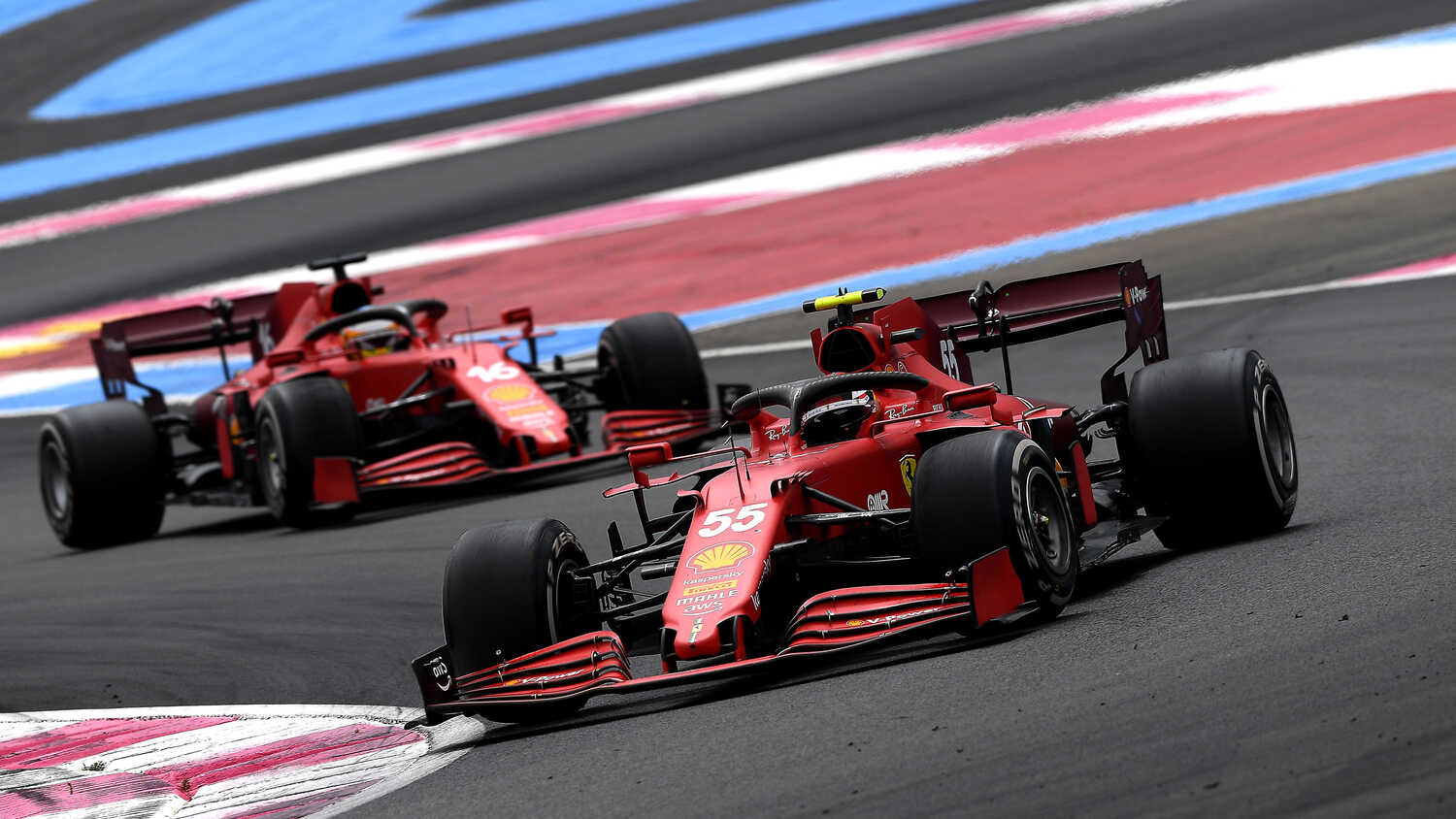 Ferrari sporting director Laurent Mekies believes the team will continue to struggle on tracks which are similar to Paul Ricard.

Charles Leclerc and Carlos Sainz had their worst performances of the 2021 Formula 1 season so far at the weekend as both drivers suffered with significant tyre degradation as they were overtaken by their midfield rivals.

“We are expecting to suffer on this set of tracks,” Mekies told RacingNews365.com and other select members of the press.

“We would certainly say that these tracks present a great challenge for us because it’s a way to further check how we correlate, how we prepare and how we understand our car.

“Talking about weaknesses, the next big topic for us is to find the same sort of consistent pace at the top of the midfield, also in the race – which has been a bit more of a rollercoaster.”

Sainz feels that the pre-race rain did not help Ferrari's tyre wear but thinks that the weather conditions was not the sole cause for the team's poor performance.

"In practice, we didn't face this issue," Sainz told RacingNews365.com and other select members of the press. "We were probably inside that narrow window of performance that we have and we looked very strong on race pace

"The track conditions were very tricky. But it's not an excuse because the others also had very different conditions, a track that was one and a half seconds slower than Friday.

"The others didn't have that much graining and we did. It means we just have a narrower window of performance and we need to work on our tyre understanding to see how we can make this window wider and better."