Are Mercedes teasing and testing us once again?

The defending Formula 1 world champions appear to be in trouble after an underwhelming test when they failed to light up the timing sheets during the three days of running in Bahrain. 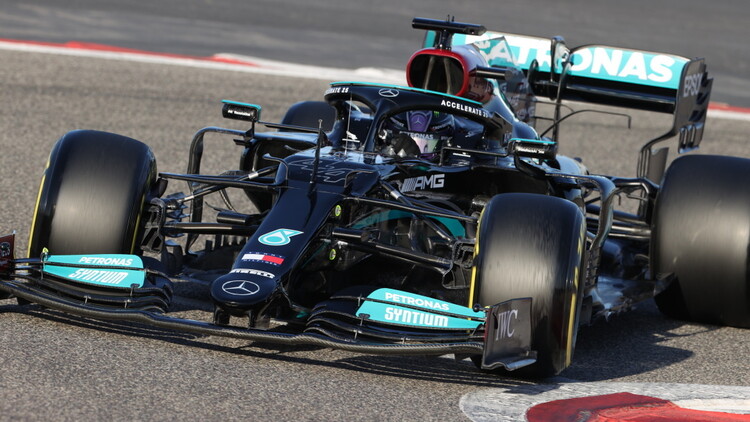 Mercedes came away from F1 pre-season testing with scratched heads and are no longer heavy favourites for the 2021 Formula 1 world championship. Whilst Mercedes struggled, Red Bull had a near-perfect test but it would be easy to get drawn into the lack of pace from the W12.

There were no headline times from Mercedes on Sunday when track conditions were most representative of a grippy race track. Worryingly, the car looked like a handful and Lewis Hamilton had two uncharacteristic spins during testing.

Valtteri Bottas fared slightly better but the onboard shots were telling. The car was understeering on the entry and snapping when the drivers touched the throttle pedal.

Remarkably, Mercedes completed the least number of kilometres of all ten teams, just 304 laps compared to Alfa Romeo and AlphaTauri who completed 422 rounds of the Bahrain International Circuit. 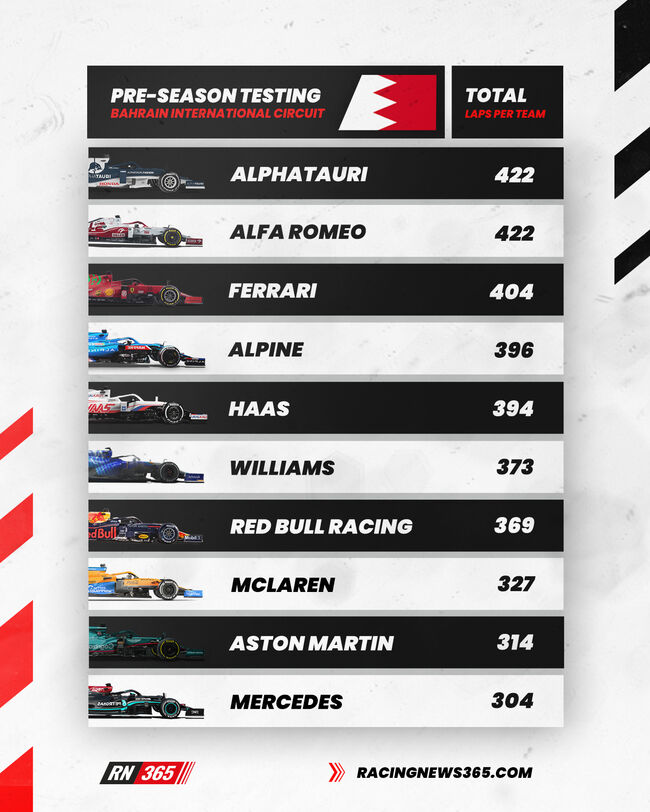 Mileage is an area where Mercedes have dominated testing in the past, even if they did not have the ultimate pace. That said, they have won the last seven drivers' and constructors' titles so you can never rule them out. It definitely would not be the first time they have been 'sandbagging' in the turbo-hybrid era.

The Mercedes machine was called a 'diva' four years ago and it could be a similar story with Mercedes in the present day.

Mercedes were beaten fair and square by Ferrari in the season-opener in Australia but after a handful of Grand Prix they started to dial in the car, and bounced back with 12 victories that year to take the title as Ferrari faltered. 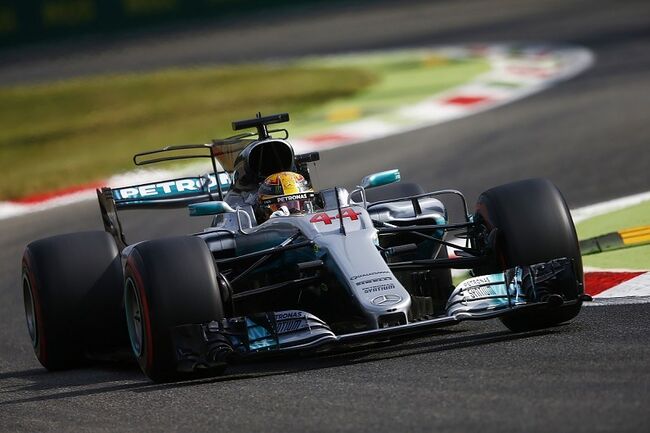 Twelve months later, Mercedes appeared to struggle on the softest tyre compounds and were way off the ultimate pace. Whilst 2018 was their most difficult campaign in the turbo-hybrid era, they still emerged in front as they out-developed Ferrari despite starting the year with a minor deficit.

However, they were still on course to win the season-opening race in Melbourne if it was not for a virtual safety car which robbed them of victory.

The most famous case of 'sandbagging' came in 2019 when Ferrari dominated pre-season testing with Mercedes struggling. Some thought Mercedes would be over a second behind their rivals but the Silver Arrows went on to win the first eight races including five consecutive 1-2 finishes.

Mercedes brought an almost brand-new car to the final two days of testing in 2019 whereas Ferrari had been comfortable with their machine for all eight days. Once the new car was up and running, it was back to what many had been used to, another championship-winning car.

The W10 was one of the greatest cars in F1 history but even that took some time to get up to speed.

In a sense, we have seen all of this before. Mercedes director Andrew Shovlin has already put the favourite tag onto Red Bull and Hamilton has said Mercedes are not quick enough.

It's no different to previous years. The only differences are Mercedes were not able to be towards the top of the lap count and the season does not start at Albert Park, it will take place at the same venue where pre-season testing has been, the Bahrain International Circuit on March 28.

Will history repeat itself?