On paper things look good for Ferrari, the reality is very different

Ferrari are adamant they have made strides after their worst season this century in 2020. However, on closer inspection it is not entirely positive for the Italian manufacturer. RacingNews365.com takes a look.

Ferrari ended pre-season testing with the third fastest time of the event thanks to Carlos Sainz's late evening effort on the C4 soft tyre. The team's one lap highlight has to be Charles Leclerc's 1:30.486 on the C3 medium tyre in the morning.

Leclerc's lap came at 11:00 local time when temperatures were rising to their peak so it was a mighty effort to be just 0.2 seconds slower than the quickest time on the previous day set by Valtteri Bottas in the Mercedes.

On paper, things look great for Ferrari as they also completed 404 laps around the Bahrain International Circuit over the three days - the third highest distance of the ten teams.

But it's not so pretty if you look at the long runs. Both Leclerc and Sainz completed full race simulations which is the best indicator as to where they are in the pecking order.

When teams complete a race-long distance without coming into the garage, it means they have started their stint with around 100kg of fuel and every team will begin with a similar fuel load.

We can then compare lap times relatively fairly. For context, the Bahrain Grand Prix on March 28 will be 57 laps.

Leclerc completed 40 laps on Saturday evening on the C3 and C2 tyres and failed to set the world alight. He was consistently over a second slower than Red Bull's Sergio Perez who was still finding his feet with a new car and new team.

Pierre Gasly in the AlphaTauri was 0.2-0.3 seconds quicker than Leclerc on Saturday too which was the first sign that Ferrari have not made the big leap forward that they had hoped for.

The biggest worry came on Sunday when Leclerc did another 54 lap run, this time starting on the C3 medium tyre before two further stints on the C2 hard tyre.

Kimi Raikkonen in the Alfa Romeo replicated this strategy of C3-C2-C2 during the same time Leclerc was out on track. Raikkonen was able to match and even go quicker than Leclerc across the race simulation.

In fact, the 2007 world champion caught Leclerc towards the end of his race simulation and was in the dirty air of the Monegasque driver which slightly hampered his lap times.

Raikkonen was occasionally just as quick as the Ferrari cars in 2020, causing embarrassment for the team that has spent millions to fight for world titles, not to battle its customer partners. 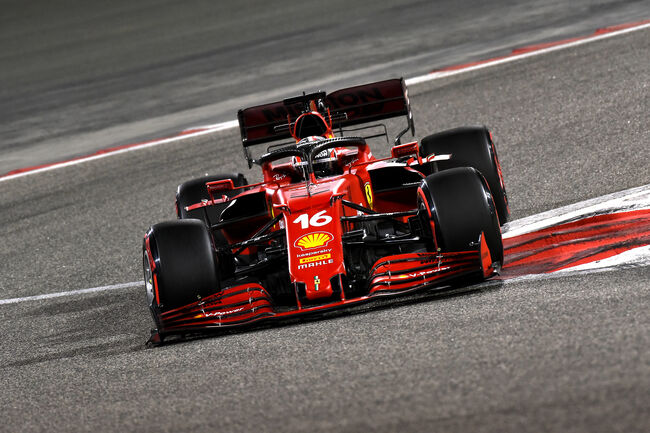 Last year should have been a blip for Ferrari but from what we have seen so far, either Alfa Romeo have made big gains over the winter or Ferrari have failed to make inroads on the leading midfield runners.

It's likely to be a bit of both, either way, it doesn't bode well for the team. Tyre wear seems to be the issue for Ferrari although Leclerc's morning stint is unrepresentative of the temperatures we will see over the 2021 season.

Carlos Sainz had significantly better tyre degradation in the evening as temperatures cooled down but F1 debutant Yuki Tsunoda posted lap times that were 0.1-0.2 seconds quicker than Sainz when they both used the C2 tyre during their second stint.

Team principal Mattia Binotto is not disheartened though despite Ferrari's apparent lack of pace.

"When we were here last year in Bahrain for the race and qualifying, we were slow on the straights and we didn't enter into Q3 and were distant from pole," Binotto told RacingNews365.com and other members of the media.

"Now if I look at the answers at least in terms of the speed on the straights, it is alright and we don't have as much of a disadvantage as it was last year. We know it isn't only a question of power, but also the drag of the car as we often said last year. We feel it's no longer a disadvantage." 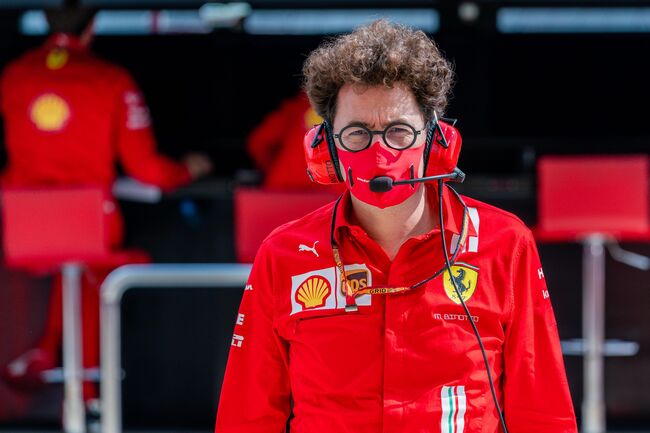 Ferrari are definitely back in contention in terms of straight line speed after they were sitting ducks during the races last year. However, Mercedes were not even shifting into eighth gear on the straights for most of testing and Honda look to have made big gains too with their brand-new power unit.

Nobody knows for certain how hard the teams were pushing their engines but from the onboards, Leclerc and Sainz were using eighth gear to get towards their maximum speed.

It suggests there is not too much left in the Ferrari engine compared to Mercedes and Honda. The gap may have closed but don't be surprised if Ferrari are still a way off on the straights.

There were big expectations for Ferrari to be moving up the grid to be at the head of the midfield. It's still early days but pre-season testing indicates the Maranello team may not have gained ground on their rivals.