Michael Schumacher spent three seasons with Mercedes but failed to achieve the success he did at Benetton and Ferrari. However, Jock Clear believes hindsight shows the German wasn't as bad as people initially thought. 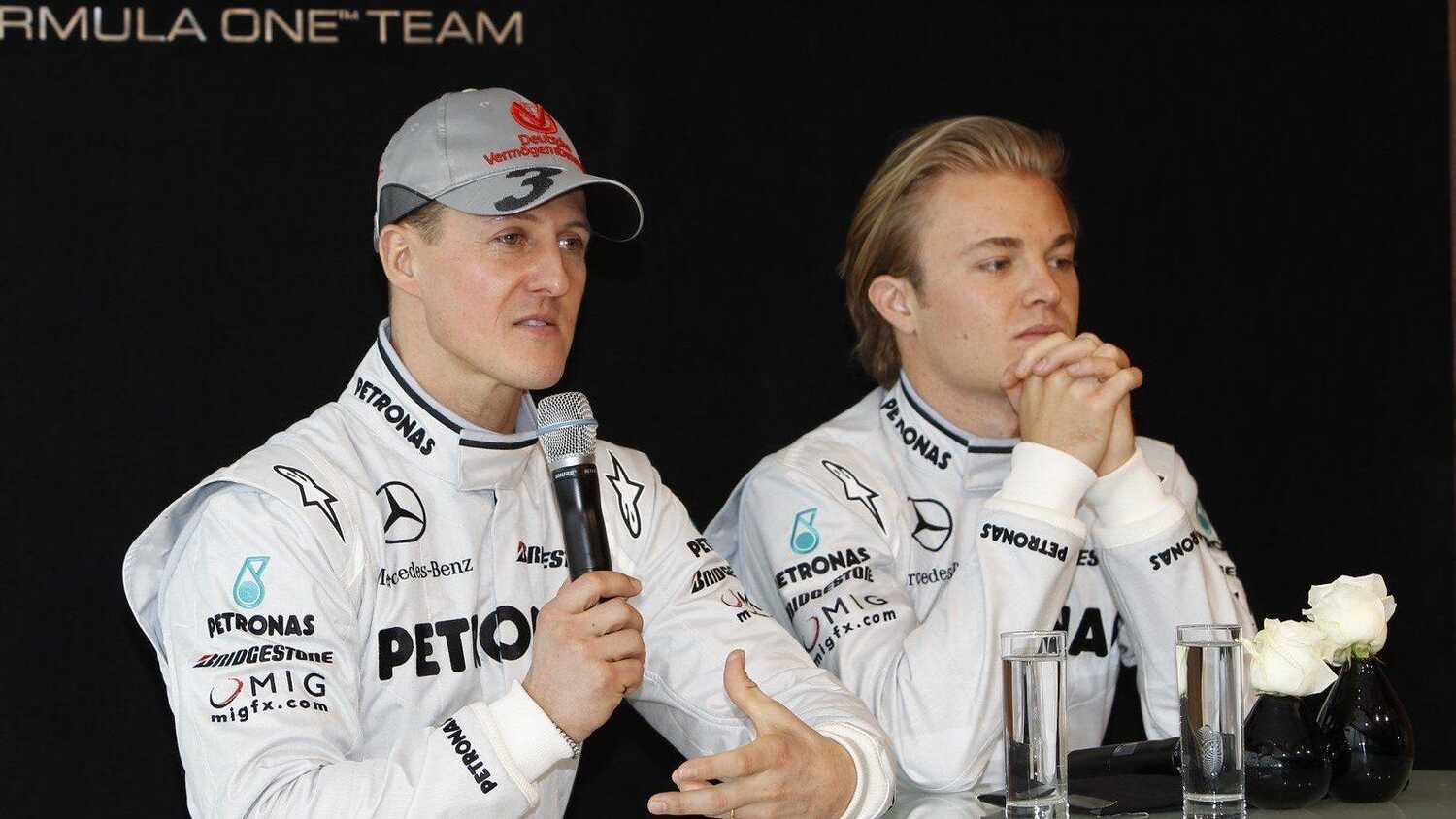 Although Michael Schumacher's return to F1 with Mercedes failed to deliver much in terms of results on track, Jock Clear believes the German's performances weren't that bad given what we now know about Nico Rosberg.

Clear, who is now a Senior Performance Engineer and Driver Coach at Ferrari, worked at Mercedes when the team took over from Brawn GP following the 2009 season. While many expected Schumacher to outperform Rosberg given his championship experience, that wasn't the case.

Looking back, Clear believes Rosberg's 2016 title shows that Michael's return wasn't as bad as many thought.

"Obviously we know now how quick Rosberg is, but of course at the time Rosberg arrived from Williams with a sort of, 'Yeah, he was pretty good at Williams and he's probably alright, but he's probably not great'," Clear told the Beyond the Grid podcast.

"Nico had obviously been honing his skills, as they say, at Williams, and Nico was quicker than Michael to start with and people were like, 'He just shouldn't have come back because he can't even beat Rosberg'.

"Now with hindsight, we now know that beating Rosberg is not very easy, and someone else with seven World Championships struggled to beat Rosberg. I mean clearly Lewis [Hamilton] had got the better of Nico over the years, but I think if you asked Lewis he would firmly admit that Nico was one of the strongest [competitors] especially in qualifying, which is where the obvious comparisons were made.

"People would just say, 'Michael, two-and-a-half tenths off Rosberg and Rosberg is not great'. I look back on that now and think Michael was a lot closer straightaway than we gave him credit for because actually, Nico was a very quick driver."

Clear stated that Mercedes never listened to the thoughts of the media despite Schumacher's relative lack of success, especially as he, along with Rosberg, helped lay the foundations for the team's success a few years late.

"Michael then went on to put it on pole in Monaco [in 2012], and you think in hindsight, that is quite a special achievement because Nico was actually pretty good in Monaco," Clear added.

"Certainly at Mercedes, we were never reflecting the thoughts of some of the media. None of us in any coffee room discussion ever said, 'You know, Michael shouldn't have come back really'.

"You could see why he did it, you could see how much it was doing for the team. There's no doubt the work that Nico and Michael did at that time underpinned a lot of what's gone on since. Michael, yes he was 42-years-old, yes he wasn't quite as quick as he was, but he still knew which bits of a racing car were important and he was still pointing people in the right direction."