What we learned from the F1 Azerbaijan Grand Prix 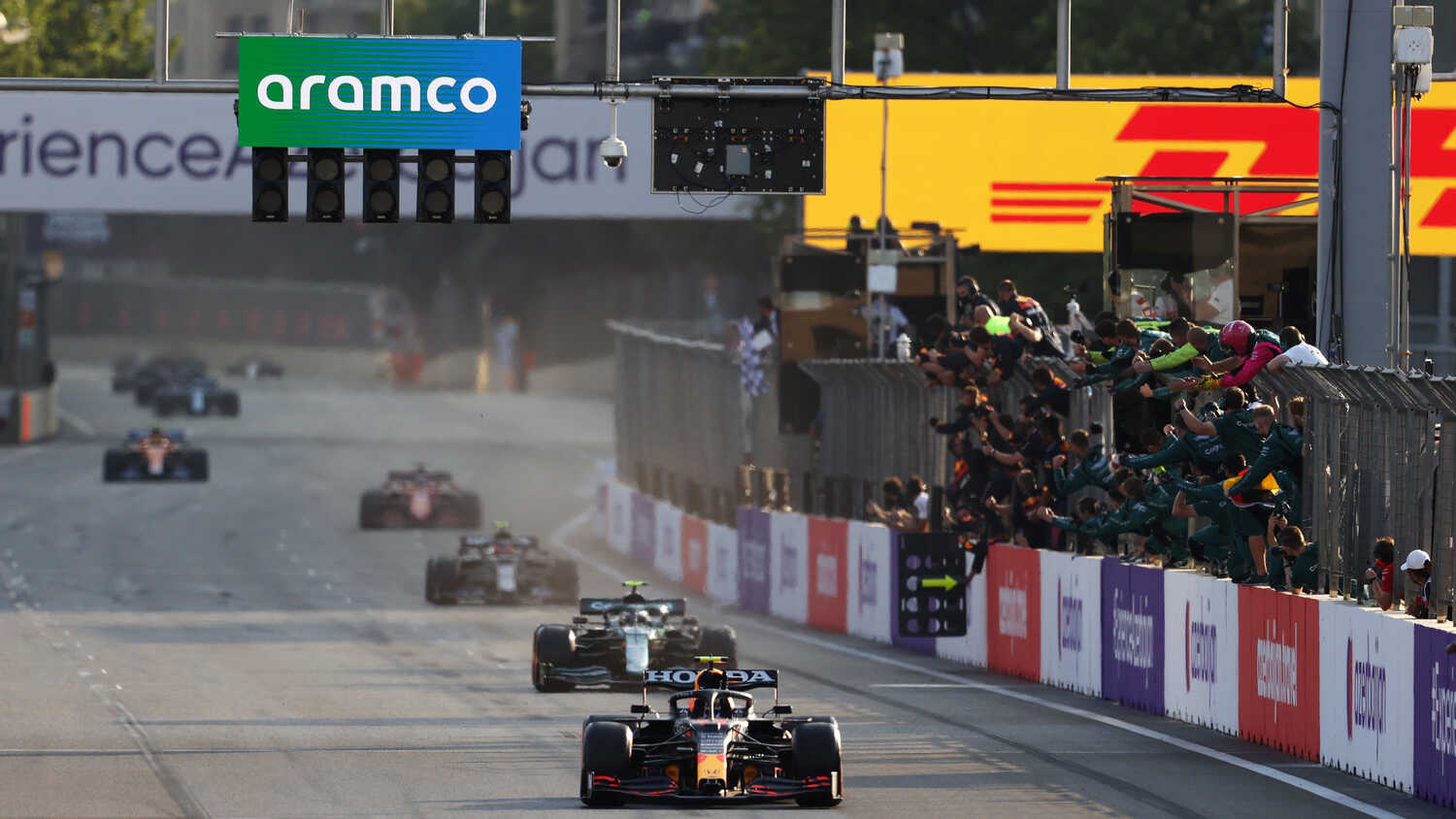 A first win for Sergio Perez in Red Bull overalls. A return to the podium for Sebastian Vettel. And huge championship drama as luck swung both towards and away from our championship rivals. What did we learn from the Azerbaijan Grand Prix?

Verstappen and Stroll fortunate to walk away

While obviously unlucky to have had their tyre failures in the first place, Max Verstappen and Lance Stroll were fortunate to be able to walk away from their respective crashes.

The Baku City Circuit is a terrifyingly fast track, with the failures coming at the fastest part of the track as drivers power their way up to the start finish line. It's a section of track that Nico Rosberg actually outlined as being one of the most dangerous of the year, ahead of the weekend, due to the pitlane entry wall being perpendicular to the direction of travel. Very scary, then, for both Stroll and Verstappen to have had their failures at that part of the circuit, give or take a few metres.

Scarily, the exact scenario Rosberg highlighted in his comments actually happened to Verstappen. Luckily, he speared off to the right and had a shallower impact than what could have happened.

Make no mistake, the failures could have resulted in a far worse outcome, and the investigations from Pirelli need to be urgent, and fast. After all, the C3 compound that failed on both cars, and was cut on Lewis Hamilton's car, is one of the most commonly used of the season. Baku itself isn't a hugely demanding circuit in terms of tyre loading, meaning that the root cause of the failures can't be simply dismissed.

Pirelli raised the rear tyre pressures by a single psi on Friday evening, due to concerns about what they were seeing on the telemetry. Reporting that teams were using the tyres harder than their simulations had suggested, the pressures were raised to 20psi from 19. Perhaps this increase wasn't enough, or maybe the reported debris as a cause would have happened regardless.

A measured approach to ensure this doesn't happen again needs to be taken, as no one wants to see a championship decided by tyre failures.

An absolute rollercoaster ride for Verstappen and Hamilton

The race was a tremendous ebb and flow of fortunes, with Hamilton initially seizing the moment as he sailed past polesitter Charles Leclerc early in the race.

But Red Bull came alive through the pit stop sequence as Verstappen, then Perez, both managed to clear the Mercedes driver. Perez was particularly impressive, with team boss Christian Horner revealing the Mexican could have even cleared Verstappen had his pit box entry been a little cleaner.

Now in control, Verstappen and Perez were metronomic through the middle phase of the race as the Dutch driver pulled clear at the front. Perez was able to keep Hamilton at bay, massaging the gap to Verstappen open in what was a perfectly executed team play to maximise their result.

That was until Stroll's tyre failure closed everything up again but, again, Red Bull appeared to have it in hand as the race restarted. With just a few laps to go, it was Verstappen's turn and all looked lost. Instead of pulling out 11 points on Hamilton, the Dutch driver looked set to lose 19, or even 26.

Hamilton's initial getaway on the restart made it look like 26, with Verstappen revealing he was having his blood pressure checked in the medical centre at the exact moment Hamilton went sailing on at Turn 1.

In what is becoming a characteristic uncharacteristic mistake in 2021, Hamilton's brake switch error resulted in a non-score and Red Bull could heave a sigh of relief as they still hold on to their slender championship lead. It was an agonising race for both sides, but Hamilton and Mercedes will likely feel even worse than Red Bull after looking a gift horse in the mouth and throwing it away. 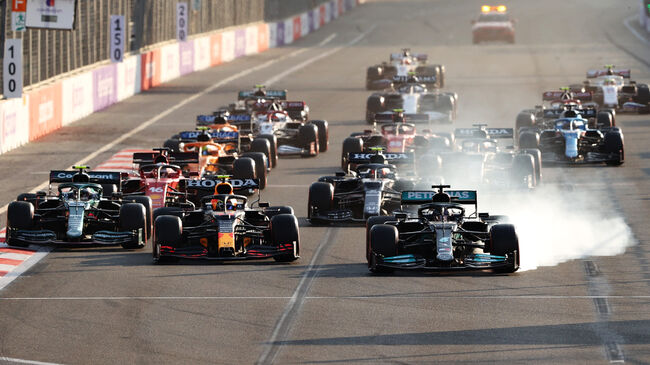 Bottas has checked out

Has Valtteri Bottas been given his marching orders already? The Finn drove like a man who is no longer all that interested in helping his team out, having had the finger pointed at him by Toto Wolff over his Monaco pitstop.

Bottas didn't put a wheel wrong in Monte Carlo but Wolff's comments, together with the Finn's conspicuous absense from a social get together of Mercedes' folk, suggests the relationship isn't particularly rosy any more.

Certainly, Bottas employing a higher downforce wing setting won't have helped. Nor will his poor qualifying as he helplessly had to tow Hamilton around on the first run in Q3, before missing out on his second run. But that doesn't excuse Bottas losing out to almost everyone on Sunday.

His restart was particularly poor, with Bottas losing out to four cars in six corners as even the Alfa Romeo drivers were able to clear him with ease.

In a season where the Mercedes clearly doesn't have the same level of dominance as before, Bottas is being exposed as a midfield runner, and not a particularly solid one at that. It's worth remembering that Bottas, pre-Mercedes, failed to convincingly beat Felipe Massa. A driver who spent two of those years thinking about putting on his furry slippers and shuffling off into retirement.

Hiring Bottas as Hamilton's wingman made sense when the car was dominant, but the Finn is showing nothing to suggest he's going to be able to help Mercedes beat an increasingly strong Red Bull partnership to the title.

Free of the shackles of whatever it was at Ferrari that held him back, Vettel's move to Aston Martin is starting to bear fruit. The German driver's confidence took a step forward in Monaco as he took a strong fifth place, but Azerbaijan was a huge challenge due to the ease at which overtaking can be done.

But, against expectation, it was actually Vettel who did most of that overtaking. Starting from 11th after another strong qualifying in which he likely would have made Q3 without the constant disruptions, it turned out to be a blessing in disguise as he used a fresh set of softs to make early progress.

Moving up the order as other pitted, Vettel's pace on 15+ lap old tyres wasn't far off the chasing Red Bulls after they pitted and, indeed, they hadn't caught him by the time he peeled into the pits for fresh hards on Lap 18.

From there, Vettel hounded Gasly and Leclerc ahead and pounced on the Ferrari at the Safety Car restart. Latching onto Gasly, Vettel moved up another place and then benefitted from Hamilton's mistake.

Even without the incidents that moved him up, Vettel was looking at a fourth or fifth place finish which highlights the improvements he and Aston Martin have made together.

Vettel has proven in the past to thrive when he feels confident and secure in a team leadership role and this dynamic is slowly starting to assert itself, which could be odd due to Lance Stroll being the owner's son. Stroll himself was no slouch on Sunday, and likely wouldn't have been too far away from Vettel on track once the strategies had played out and if his tyre hadn't let go. It's an increasingly fascinating intra-team duel.

It's still not regarded as a particular fan favourite, but the Baku circuit is pretty good for throwing up crazy races in terms of a bit of chaos due to its characteristics. Unlike the likes of Singapore, the enclosed, fast street circuit lends itself well to great overtaking opportunities and a particularly tough challenge for drivers to pull away from those within their DRS range.

A criticism that could be levelled at the circuit is the obvious safety concerns. The approach to Turn 15 is an accident waiting to happen, while the sweeps of Turns 17 and 18, flat out and blind, are terrifying. The pitlane entry too, as mentioned above, needs to have a more elegant solution.

But aside from these, the circuit lends itself well to great racing even amongst this generation of 'unraceable' F1 cars. Think what could happen as the sport moves back towards a ground effect formula.