With Charles Leclerc unable to make the grid after his accident in qualifying, Max Verstappen took full advantage to claim the F1 Monaco GP and the lead in the championship. Carlos Sainz and Lando Norris rounded out the podium with Mercedes having a day they won't soon forget for all the wrong reasons. 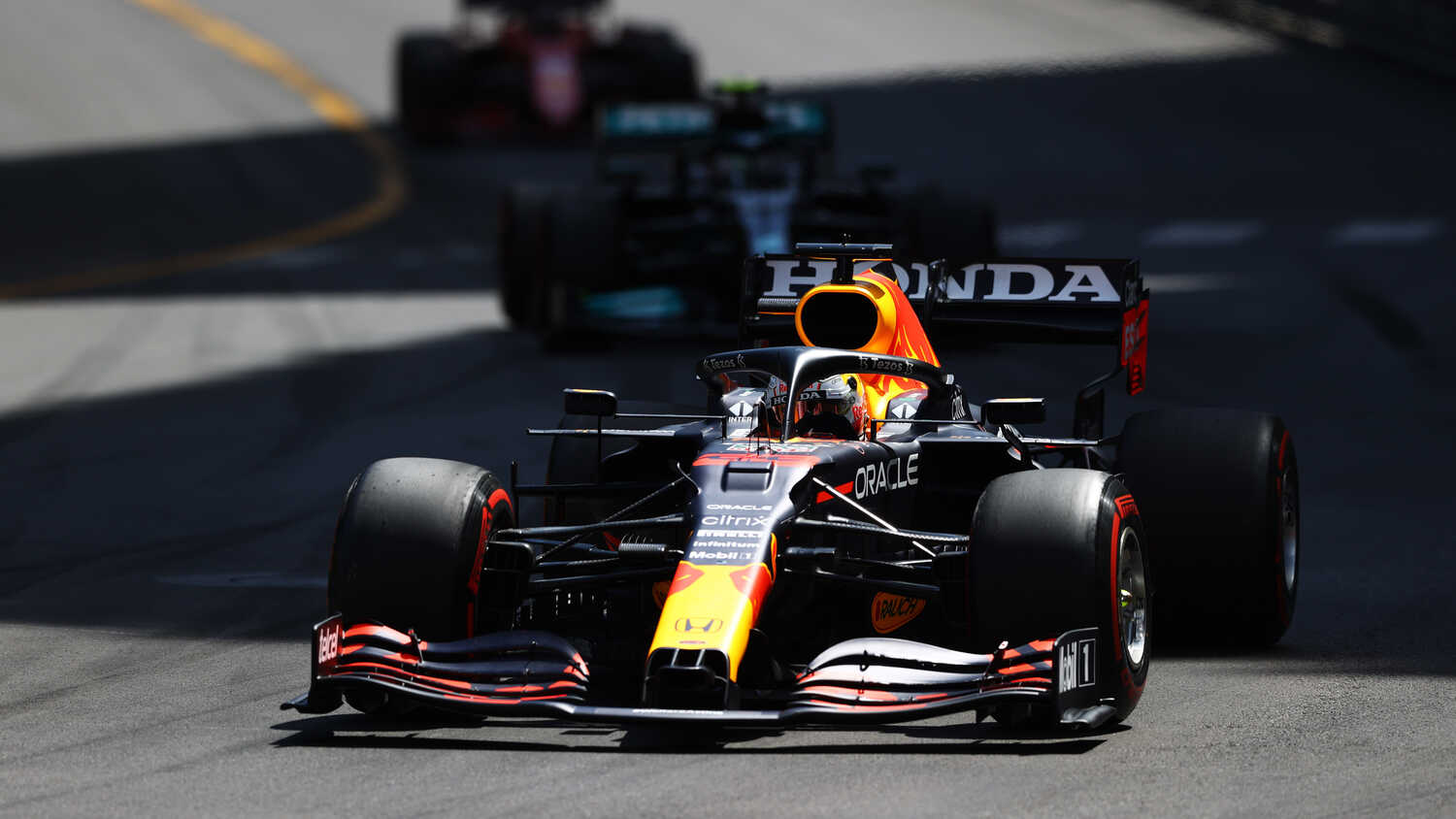 Red Bull couldn't have written a better script for the F1 Monaco GP as Max Verstappen cruised to victory, taking the championship lead in the process after a horror show from rivals Mercedes.

The Dutchman had never finished on the podium in Monte Carlo prior to Sunday's race, but he ripped up that narrative by keeping his nose clean at the front to finish ahead of Ferrari's Carlos Sainz and McLaren's Lando Norris. The duo were helped by Valtteri Bottas retiring after Mercedes couldn't get his front right tyre off during his pit stop.

Mercedes' day was made all the worse after Lewis Hamilton's undercut strategy failed, with the Brit finishing seventh and losing the championship lead in the process.

There was already a major talking point prior to the start with pole sitter Charles Leclerc unable to make the grid. Although Ferrari gave the all-clear last night and this morning, the Monegasque driver reported an issue while on his way to the grid. His Ferrari couldn't be fixed in time and he didn't even start the race.

When the lights turned green Verstappen kept the lead from Bottas and Sainz into Turn 1. Hamilton kept his spot down in sixth, telling his Mercedes team over the radio that it was hard to follow around the streets of Monte Carlo.

As things began to settle in, it was Sainz who began his chase on Bottas for second, while Sergio Perez was given the hurry up by Red Bull soon after, with the Mexican setting the fastest lap time down in eighth.

Bottas set the quickest time on Lap 19, cutting the gap to Verstappen to just under two seconds, with the Dutchman stating he was happy with his tyres. However the Finn couldn't continue his push for long as he began to struggle with his left front tyre, falling over three seconds back by Lap 23. 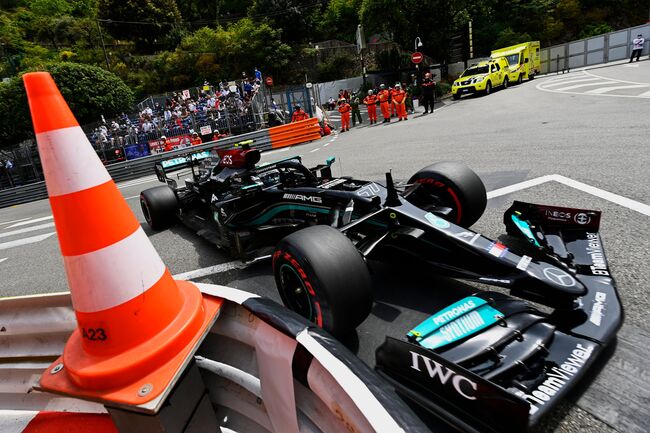 Mercedes were the first to pit, bringing in Hamilton and then Bottas. However the Finn's stop proved to be disastrous as his front right just wouldn't come off, forcing him out of the race. Things weren't much better for Hamilton on track either, as the Brit's undercut didn't pay off and he found himself in seventh behind Sebastian Vettel and Pierre Gasly after they both pitted.

Verstappen pit on Lap 35 and rejoined in straightforward fashion ahead of Sainz and Norris in third, with Perez coming out a lap later and rejoining in P4. Vettel's overcut paid off with the German running in fifth ahead of Gasly and an upset Hamilton in seventh, while Fernando Alonso and Daniel Ricciardo continued to find themselves well back and out of the top 10.

The race settled from there with Verstappen maintaining a gap of over two seconds to Sainz, while Hamilton tried in vain to find a way past Gasly. Further back Norris lapped teammate Ricciardo, who continued his bad day down in 12th.

Lance Stroll made his first and only pit stop on Lap 59, with Aston Martin's strategy paying off as the Canadian rejoined eighth despite starting a de facto 12th to put both cars in the points. However Stroll was soon under investigation for failing to keep to the right of the line at the pit exit, though nothing came of it.

In the end there was no stopping Verstappen, who cruised to his 12th career victory and took a four point lead atop the F1 standings with Hamilton forced to settle for seventh and the fastest lap of the race. Although Sainz was unable to mount a late push, he still managed to secure a maiden podium for his new team ahead of Norris, Perez, Vettel and Gasly.