Ferrari's Charles Leclerc has taken pole position for the Monaco Grand Prix, despite bringing out the red flags at the end of the qualifying session. 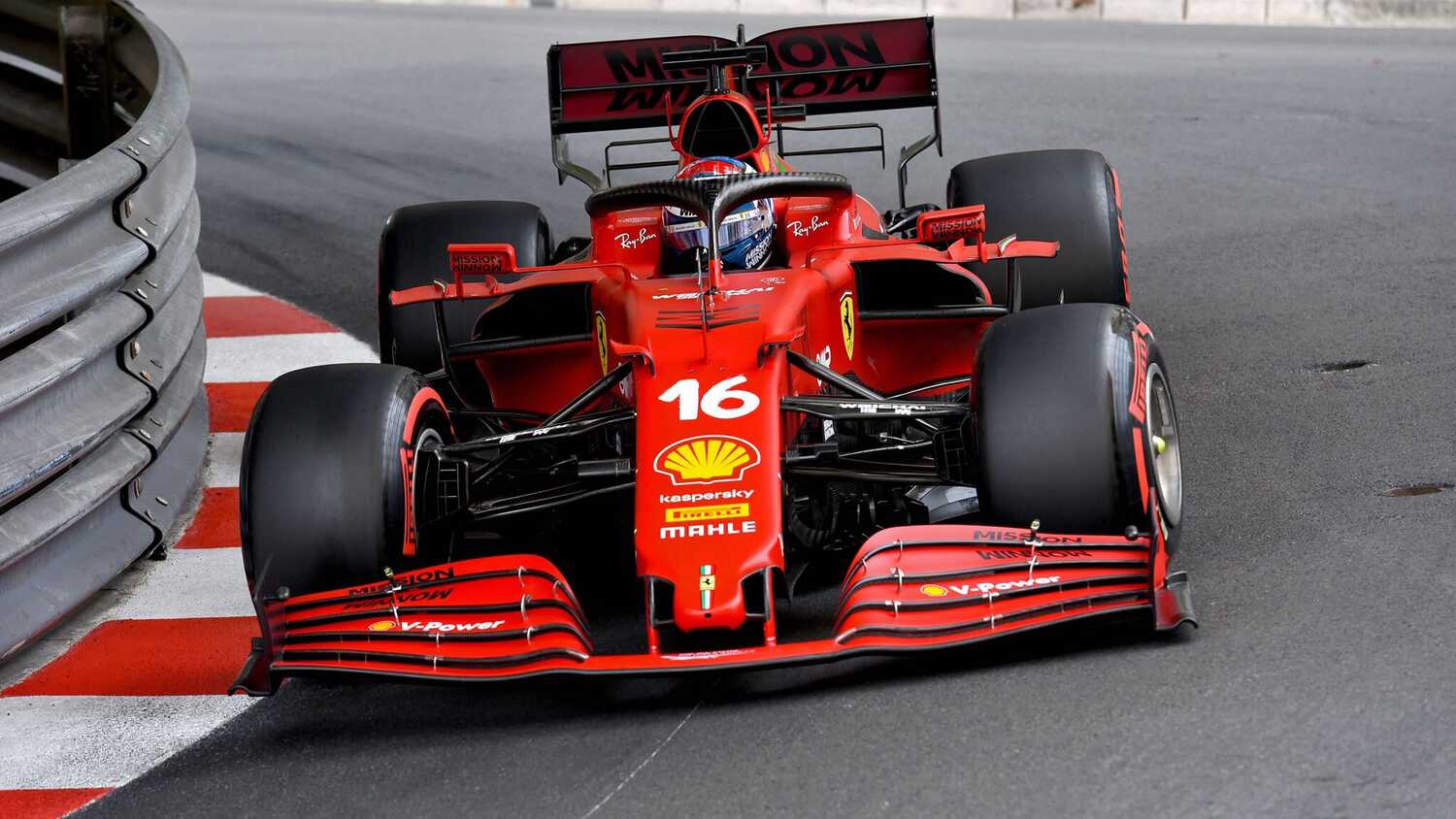 Ferrari's Charles Leclerc will start Sunday's race in Monaco from pole position, after setting the pace during his first run in Q3.

The Monegasque driver crashed during his flying lap on his second run, bringing out the red flags, but guaranteeing himself pole position.

Leclerc set a 1:10.346 on his first run, putting him 0.230 clear of Red Bull's Max Verstappen as the Dutch driver failed to put in a completely clean first run. The red flags were shown during the second run, scuppering any chance of Verstappen responding to Leclerc's pace.

Valtteri Bottas led the Mercedes charge, finishing in third place after looking the stronger of the Mercedes drivers throughout the qualifying hour.

Ferrari's Carlos Sainz finished in fourth place, with McLaren's Lando Norris finishing in fifth place. The second place to fifth placed drivers all finished within 0.044 of each other.

AlphaTauri's Pierre Gasly finished in sixth place, with a lacklustre Lewis Hamilton in seventh place for Mercedes some three quarters of a second away from pole position.

Aston Martin's Sebastian Vettel finished in eighth place, as he made Q3 once again to continue his upward momentum.

The qualifying session to determine the top ten drivers to progress into Q3 took place under ever gloomier skies, as rain threatened to add an extra variable to the nail-biting hour on the streets.

Verstappen was quickest for the majority of Q2, with a 1:10.650. This was beaten in the final minute of the session, with Leclerc doing a time just 0.053 faster as the Ferrari looked visibly hooked up through Antony Noghes.

Alpine's Esteban Ocon was the first driver knocked out in 11th place, 0.077 away from getting into Q3. McLaren's Daniel Ricciardo, a former winner of the race, was eliminated in 12th and some 0.6 away from the pace set by Norris ahead.

Aston Martin's Lance Stroll, who gently tapped the barrier during Q2, finished in 13th and 0.002 down on Ricciardo, and 0.042 clear of Alfa Romeo's Kimi Raikkonen in 14th.

Williams' George Russell finished at the very bottom of the Q2 timesheets, with the British driver knocked out and joining his teammate on the sidelines.

With the first part of qualifying seeing the drivers build their confidence by staying out on track to ramp up their pace, there were some surprising names knocked out at the end of the session.

With Haas' Mick Schumacher missing qualifying due to the extensive damage he picked up by crashing in FP3, just four drivers missed the cut in Q1.

AlphaTauri's Yuki Tsunoda missed out by just 0.018 seconds on his first time qualifying on the streets, but it was Alpine's Fernando Alonso who was the big scalp as the Spaniard failed to get near the pace set by teammate Ocon.

Williams' Nicholas Latifi, fortunate to even have been able to take part in qualifying after crashing during final practice, wound up to 18th place behind Alonso, with Haas' Nikita Mazepin the last classified car ahead of the absent Schumacher.