Home favourite Max Verstappen set a blistering pace in F1's final practice session for the Dutch Grand Prix, finishing more than half a second clear of the competition. 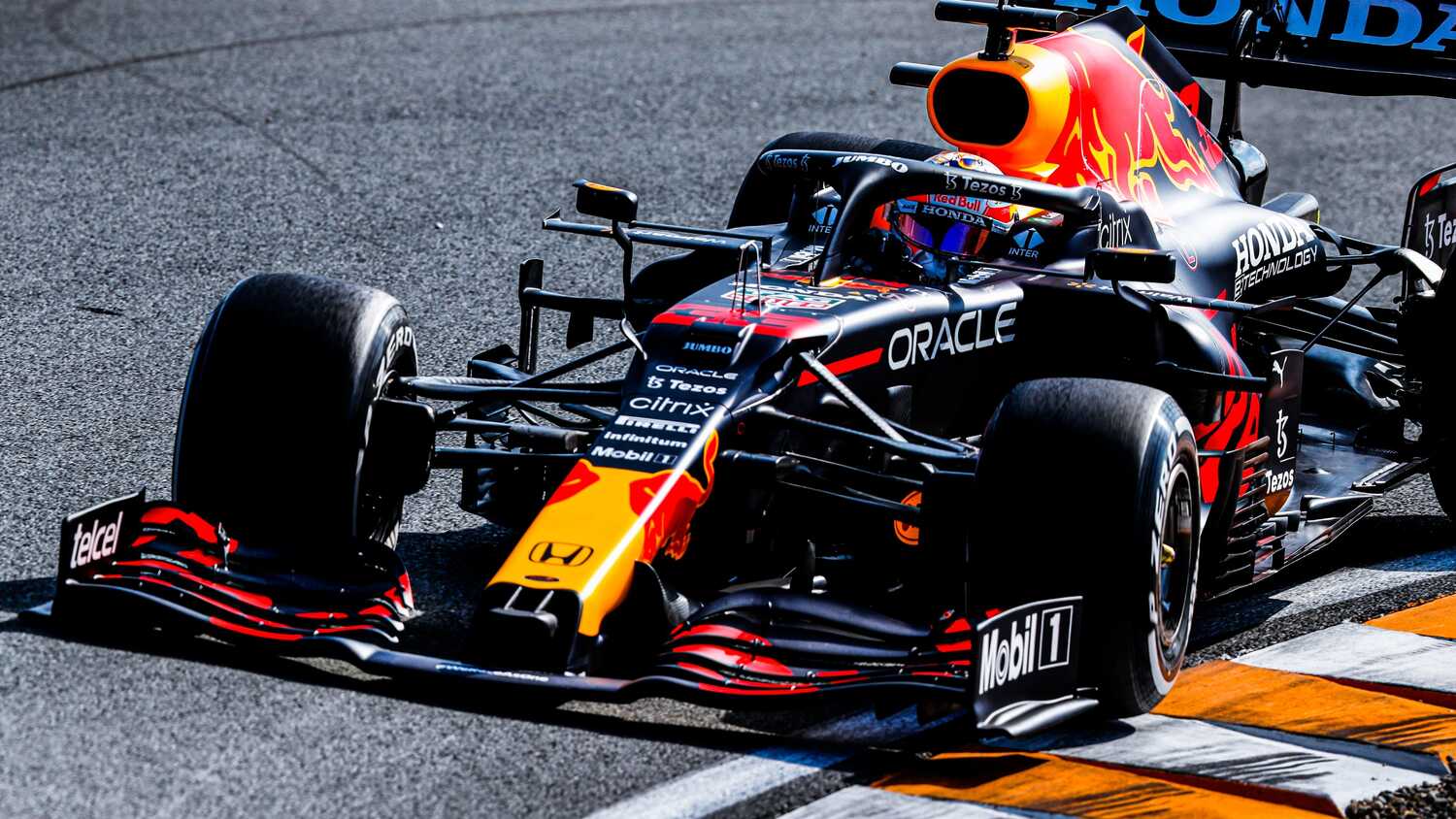 Red Bull's Max Verstappen led the way in front of the home crowd at Zandvoort for the first time this weekend by dominating final practice for the Dutch Grand Prix, finishing more than half a second clear of the Mercedes drivers.

Verstappen, having escaped a penalty for an alleged red flag infringement in FP2, spent the first 20 minutes of the session in the Red Bull garage, not even getting a lap under his belt before Carlos Sainz crashed out heavily and caused yet another red flag.

Sainz lost control of his Ferrari as he negotiated Turn 2 and slid helplessly into the barriers at Turn 3, sustaining significant damage to the left-hand side of the car, raising concerns that a gearbox change may be required before qualifying.

After the stoppage, Verstappen moved to the fore on the Medium tyre, outpacing Valtteri Bottas' Soft-shod Mercedes.

When Verstappen also switched to the softest, red-marked rubber, he stormed ahead with a time of 1:09.623, more than half a second quicker than Bottas.

"I guess the last sector won't get any better than that," Verstappen laughed over the radio, having gained a healthy slipstream from teammate Sergio Perez in the process.

F1 championship leader Lewis Hamilton completed the top three, a couple of tenths further back, with Perez the only other driver within a second of Verstappen's time.

Despite the pace deficit, Hamilton enjoyed a smoother FP3 session. Restricted to just 20 laps on Friday, following the lengthy red flag in FP1 and his own stoppage in FP2, he was quick to head out on track and got some much-needed running under his belt.

Behind the top four, Fernando Alonso led the 'best of the rest' battle for Alpine, edging out McLaren's Lando Norris, who survived a trip through the gravel exiting Turn 9 in the closing stages of the session.

Aston Martin occupied the next two positions with Lance Stroll and Sebastian Vettel, the latter also fortunate to avoid a meeting with the barriers after a wild slide through Turn 10, having been caught out by changing wind direction.

Friday pace-setter Charles Leclerc had to settle for ninth in the other Ferrari, having tipped their rivals to make moves on Saturday, with Pierre Gasly rounding out the top 10 positions for AlphaTauri.

Early on Saturday morning, it was confirmed that Alfa Romeo driver Kimi Raikkonen had tested positive for COVID-19, ruling him out for the remainder of the weekend. In his place stepped reserve Robert Kubica, who last contested a Grand Prix with Williams back in 2019.

Kubica ended the session in 19th place, almost a second down on teammate Antonio Giovinazzi.