Despite a strong showing during Friday practice for the Dutch Grand Prix, which saw Ferrari finish 1-2 in FP2, Charles Leclerc isn't getting carried away ahead of qualifying. 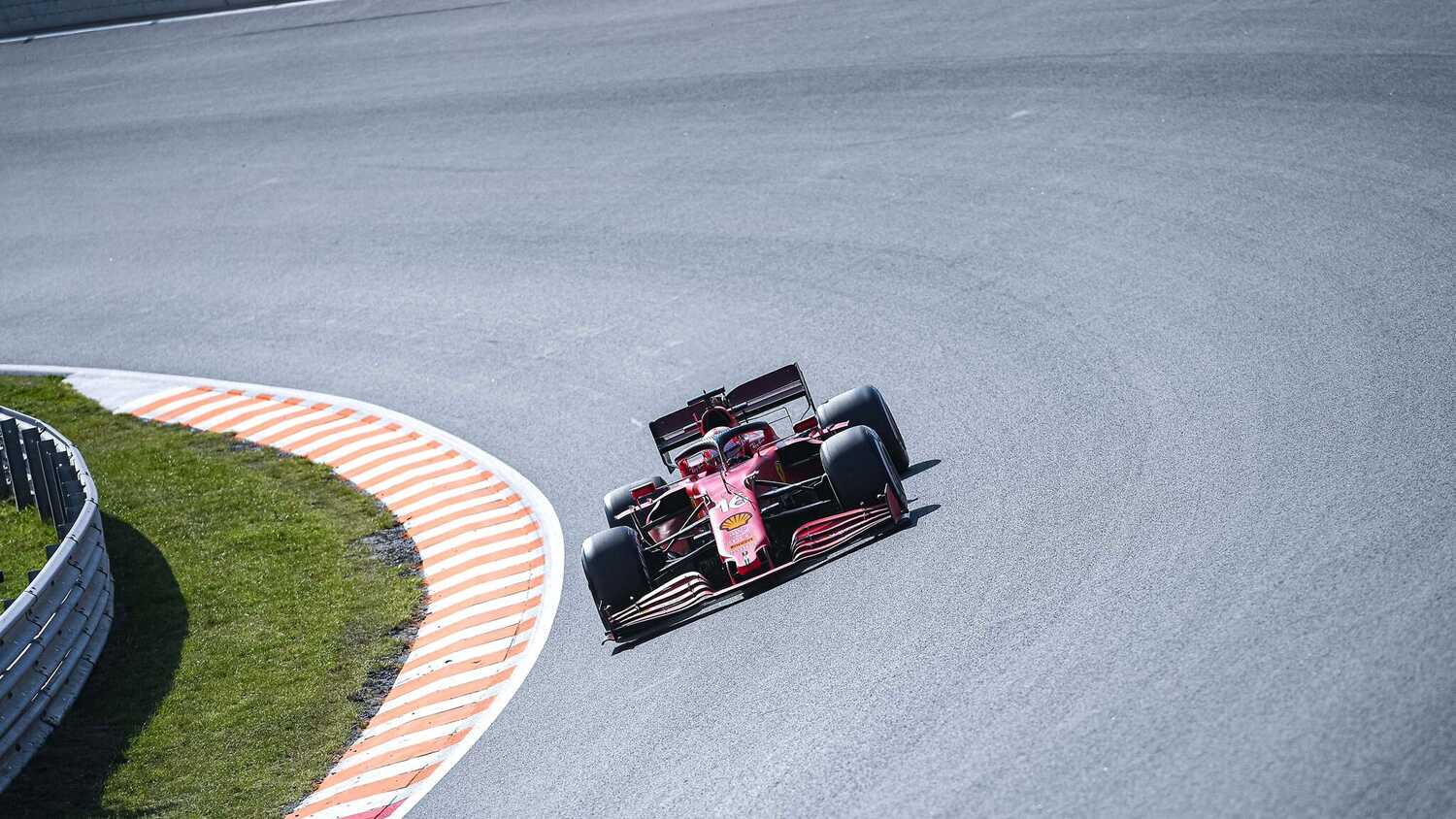 Charles Leclerc reckons Ferrari can still unlock some more pace ahead of qualifying for the Dutch Grand Prix on Saturday, but that the Scuderia's competitors weren't showing their true performance on Friday either.

Ferrari ended FP2 at Zandvoort in first and second position, with Leclerc beating Carlos Sainz to top spot by 0.154 seconds.

While Leclerc is pleased with the final result, he also isn't getting carried away with what it means, given that it's just Friday.

"I think there is still quite a bit of potential for us to improve," Leclerc stated after Friday's second practice session.

"It is looking good for now, but we shouldn't get carried away, because it's just Friday, and I feel our competitors have a bit of performance still to reveal.

"I really enjoyed driving on the new Zandvoort. The banking feels very special on the first timed lap and it's just overall a fun track to drive on."

Although there were several positives for the team following the first day of on-track action, Leclerc stated that Ferrari's race pace wasn't as good as their single-lap performance on Friday.

With overtaking expected to be difficult on Sunday, the Monegasque driver is keen to maximise qualifying.

"For the race, I don't think there will be much overtaking, so it will be important to secure a good grid position tomorrow," he said.

"Our race pace was not as good as the single-lap performance, so we will be focusing on that."