Red Bull's Max Verstappen has handled race-long pressure from Mercedes' Lewis Hamilton to take victory in front of his home fans at the Zandvoort circuit. 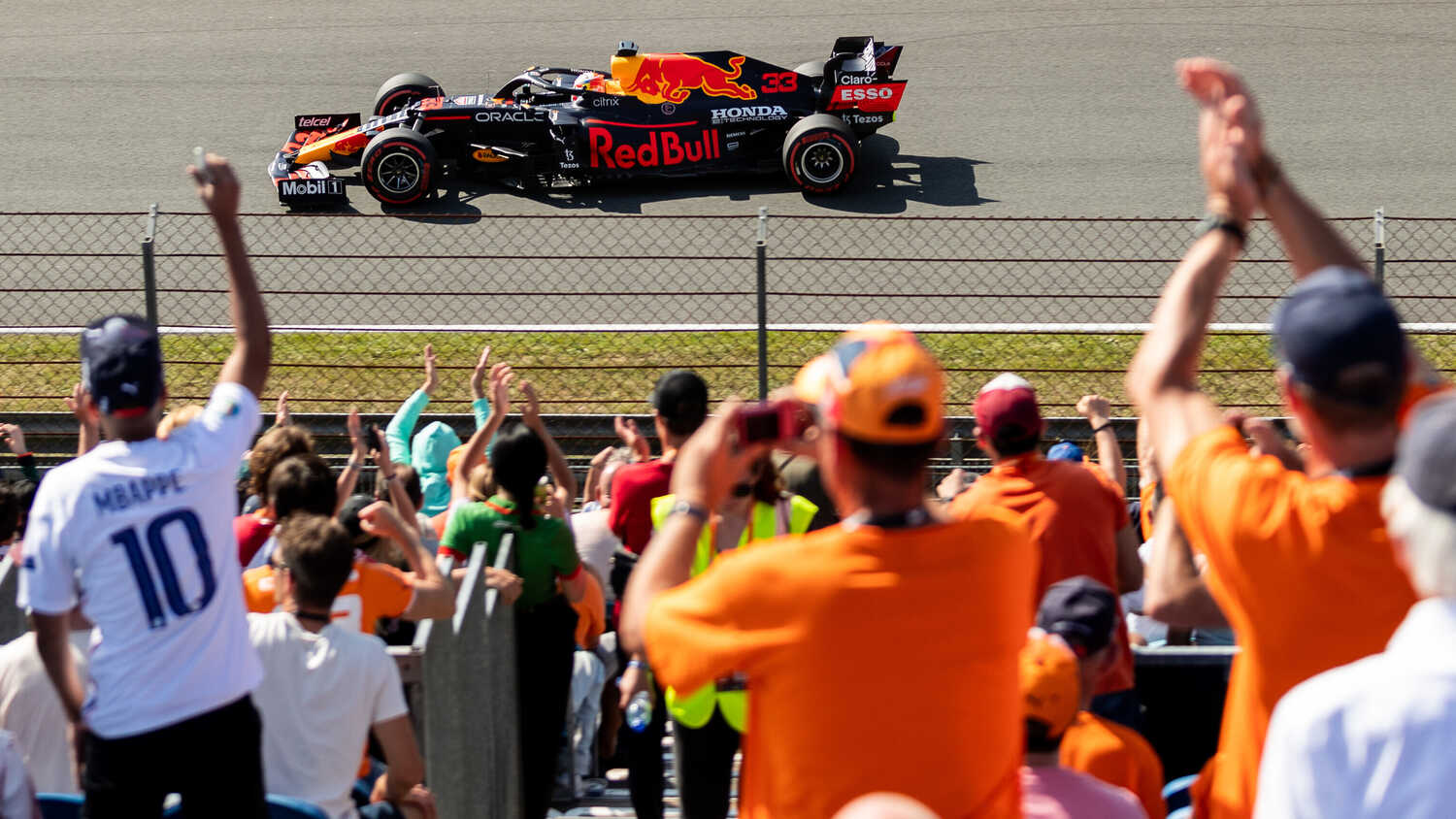 Red Bull's Max Verstappen has won the Dutch Grand Prix and, in turn, retaken the lead of the Drivers' Championship from Lewis Hamilton.

Verstappen sent the home fans at Zandvoort wild as he weathered race-long pressure from Mercedes to ultimately finish 23 seconds ahead of Hamilton, after a late stop for the fastest lap point from the reigning World Champion.

The final place on the podium went to Mercedes' Valtteri Bottas, who came home a very distant third, more than 45 seconds behind Verstappen at the chequered flag.

Lining up in pole position, Verstappen made a storming start to easily stay ahead of the two Mercedes drivers and pull out a lead of 1.7 seconds by the end of the first lap.

Verstappen kept up a frantic pace during the opening stint to move around three seconds clear of Hamilton, as the leading pair easily pulled away from Bottas behind.

Hamilton pitted on Lap 21 to take on the Mediums, with Verstappen following suit a lap later to come out two seconds clear of the Mercedes driver. But, crucially, Bottas stayed out on track on his starting tyres and had a 10-second lead over Verstappen after the Dutch driver pitted. With Verstappen quickly catching Bottas, the Finn offered very little resistance and made an error into Turn 10 to open the door for Verstappen to overtake and reclaim the lead.

Hamilton continued to breathe down Verstappen's neck and, again, tried the undercut at the second round of stops. Taking on the Medium tyre for the third stint, Verstappen pitted a lap after Hamilton but, with no Mediums left, had to take on the Hard tyre.

Despite the difference in compound, Verstappen was able to control the gap to Hamilton, although the Mercedes was briefly able to get within DRS range as the pair negotiated their way through traffic.

Mercedes looked like they might pit again for an aggressive switch to the Soft tyre but, instead, chased after Verstappen to try passing with Hamilton on the Medium. Ultimately, he wasn't quite able to manage it and Hamilton pitted with two laps to go to take the Softs and get the extra point for fastest lap. Ironically, he had to do it by taking the point away from Bottas, after the latter appeared to disobey a team order not to set the fastest lap.

With the podium decided, it was AlphaTauri's Pierre Gasly who took fourth, a lap behind the winner. The French driver finished ahead of Ferrari's Charles Leclerc and Alpine's Fernando Alonso in fifth and sixth, after the Spaniard completed an audacious pass around the outside of teammate Esteban Ocon at Turn 3 on the opening lap.

Carlos Sainz finished in seventh in the other Ferrari, with Red Bull's Sergio Perez finishing in eighth after starting from the pit lane. Perez started on the Hard tyre but an early lock-up forced him to pit early for fresh Mediums. This resulted in him having to cut through the field, which he managed with an aggressive late stint on the Soft tyre.

Ocon finished ninth for Alpine, with McLaren's Lando Norris recovering from a poor qualifying to take the final point in 10th.

Haas' Nikita Mazepin retired from the race with a hydraulic failure, while a power issue forced AlphaTauri's Yuki Tsunoda into the pits and out of the race.

Williams' George Russell was also a very late retirement from outside the points places, but was classified in 17th.