Charles Leclerc was quickest in the second free practice for the 2021 F1 Dutch Grand Prix. Check out the full results from FP2 in the Netherlands below. 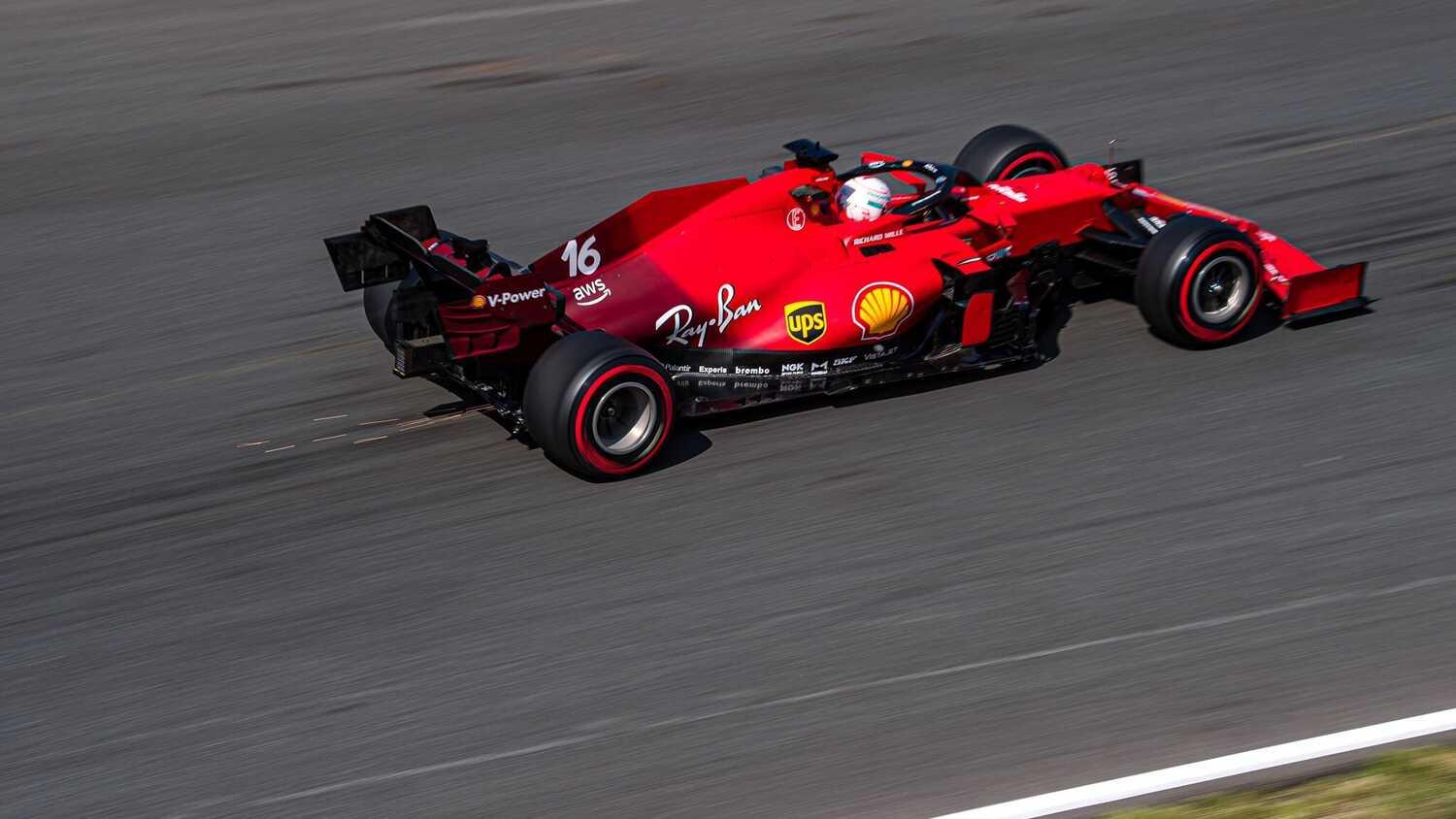 Charles Leclerc was the driver to beat in another interrupted practice session for the Dutch Grand Prix, beating teammate Carlos Sainz by 0.154 seconds.

The two Ferrari drivers set their times on the Soft compound tyre following the second red flag of the session, as Nikita Mazepin slid into the gravel trap into Turn 11.

Lewis Hamilton caused the first red flag early on after reporting a loss of power and stopping on track.

The full results from the second practice session for the Dutch GP can be seen below.