Starting grid for the Russian GP after several penalties

Here is the provisional starting grid, including confirmed grid penalties, for the F1 2021 Russian Grand Prix at the Sochi Autodrom. 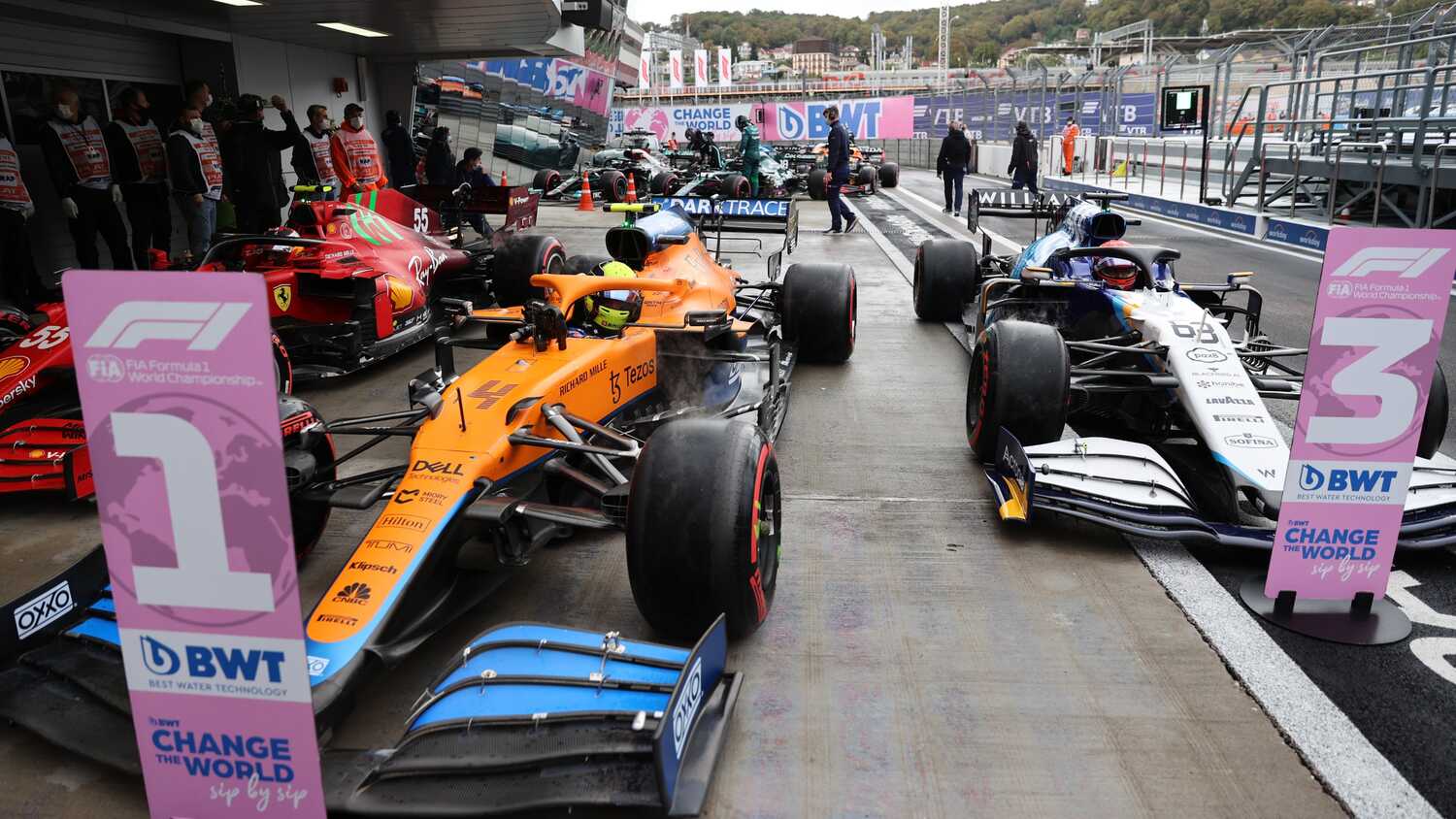 Lando Norris took his maiden Formula 1 pole position on Saturday so will lead the field away at the Sochi Autodrom, with his former teammate Carlos Sainz joining him on the front row of the grid.

George Russell's remarkable Q3 lap put him in third place for Williams, which could be advantageous given the long run down to the first braking zone at Turn 2.

Lewis Hamilton touched the wall twice at the end of qualifying but his best lap on the Intermediates was still strong enough for fourth.

Monza race-winner Daniel Ricciardo will start from fifth alongside Alpine's Fernando Alonso. They could pose a threat to Hamilton at the start.

Mercedes have elected to change some of Valtteri Bottas' power unit elements so he will start from 17th and will be hoping to replicate his drive through the field from two weeks ago in Italy.

Pierre Gasly will be looking to turn around his poor qualifying result, feeling he missed out on a "huge opportunity" due to a tactical tyre strategy oversight from the team.

Verstappen's three-grid place penalty from Monza puts him behind Latifi and Leclerc, so the Dutchman will start from last on the grid.

Antonio Giovinazzi is the other driver who has received a grid penalty, after Alfa Romeo changed his gearbox. He will start from 16th place behind the Haas pair of Nikita Mazepin and Mick Schumacher.

This starting grid is provisional and will be updated as required as information is confirmed by the FIA.