Bottas to start Russian GP from the back after engine change

The Mercedes driver has changed some of his power unit elements, triggering a grid penalty for today's Russian Grand Prix. 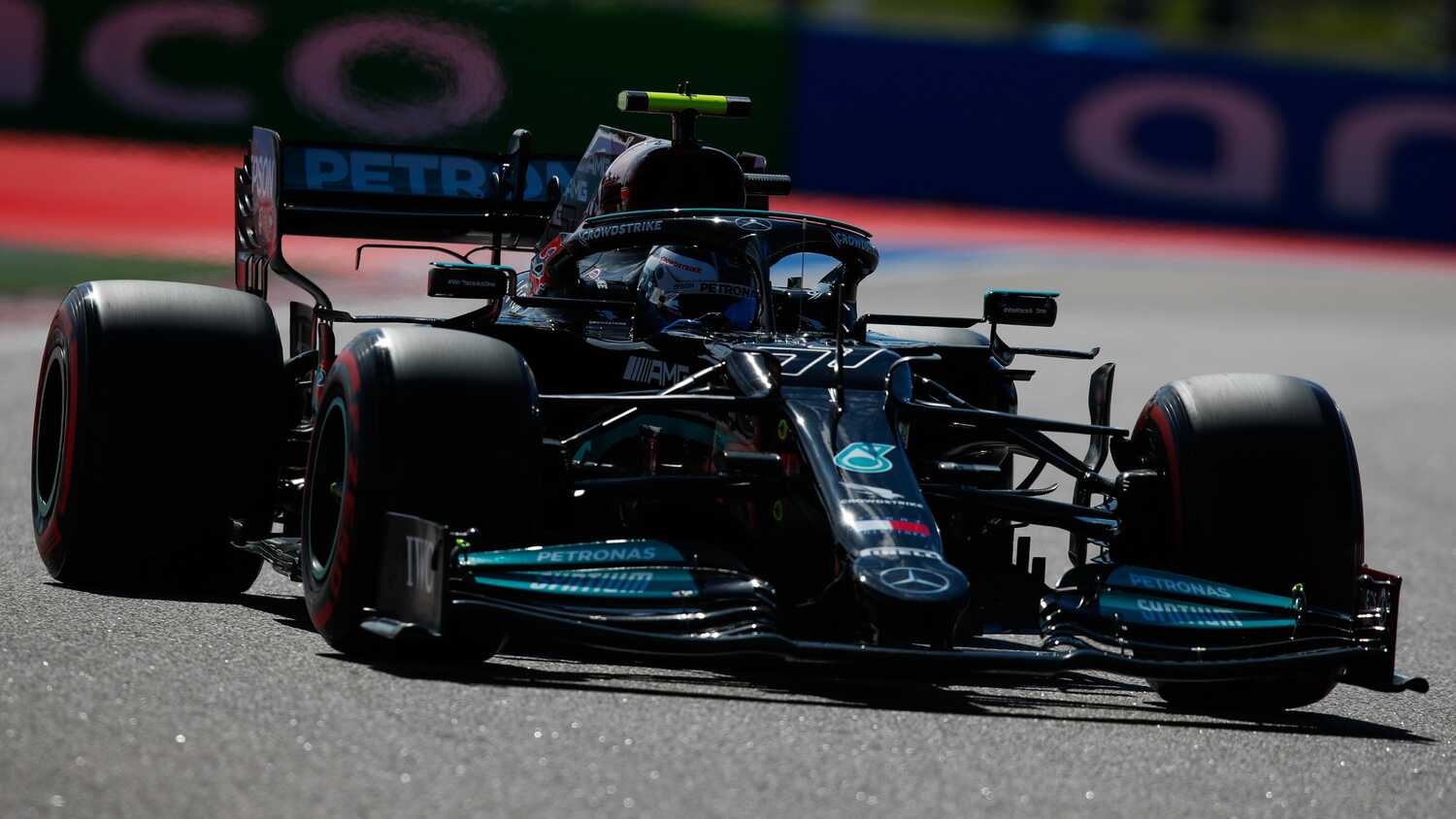 Mercedes have elected to change some of Valtteri Bottas' power unit elements ahead of the Russian Grand Prix, which will drop him 10 places from his original starting position.

Bottas, who qualified in seventh place, will now start from 16th at the Sochi Autodrom, ahead of Nicholas Latifi, Charles Leclerc and Max Verstappen, who have also taken grid penalties for a fourth engine.

A Mercedes team spokesperson confirmed to RacingNews365.com that changes have been made to Bottas' power unit, incurring a grid penalty.

Mercedes have decided to take on a new Internal Combustion Engine, Turbocharger and MGU-H on Bottas' W12.

"We are taking the tactical opportunity to put another power unit in the pool with Bottas" said Mercedes.

It could have major implications for championship leader Max Verstappen, since he will likely be following Bottas closely throughout the race.

Bottas started at the back of the grid last time out at Monza, where he came through the field to finish on the podium.

Mercedes led the way at the start of the Sochi weekend, but endured a difficult end to qualifying, as an initially soaked circuit dried up and drivers moved from Intermediates to slicks in Q3.

Speaking after qualifying, Bottas' reaction to the session hinted that an engine change was on the cards.

"It's not great but it's not over yet," Bottas reflected. "We have a strong car and I've had good pace all weekend.

He then added: "At least now I'm not starting... at least for now, from the back, like in Monza".