The McLaren driver claimed his maiden pole position, ahead of Carlos Sainz and George Russell, in a chaotic qualifying session for the Russian Grand Prix. 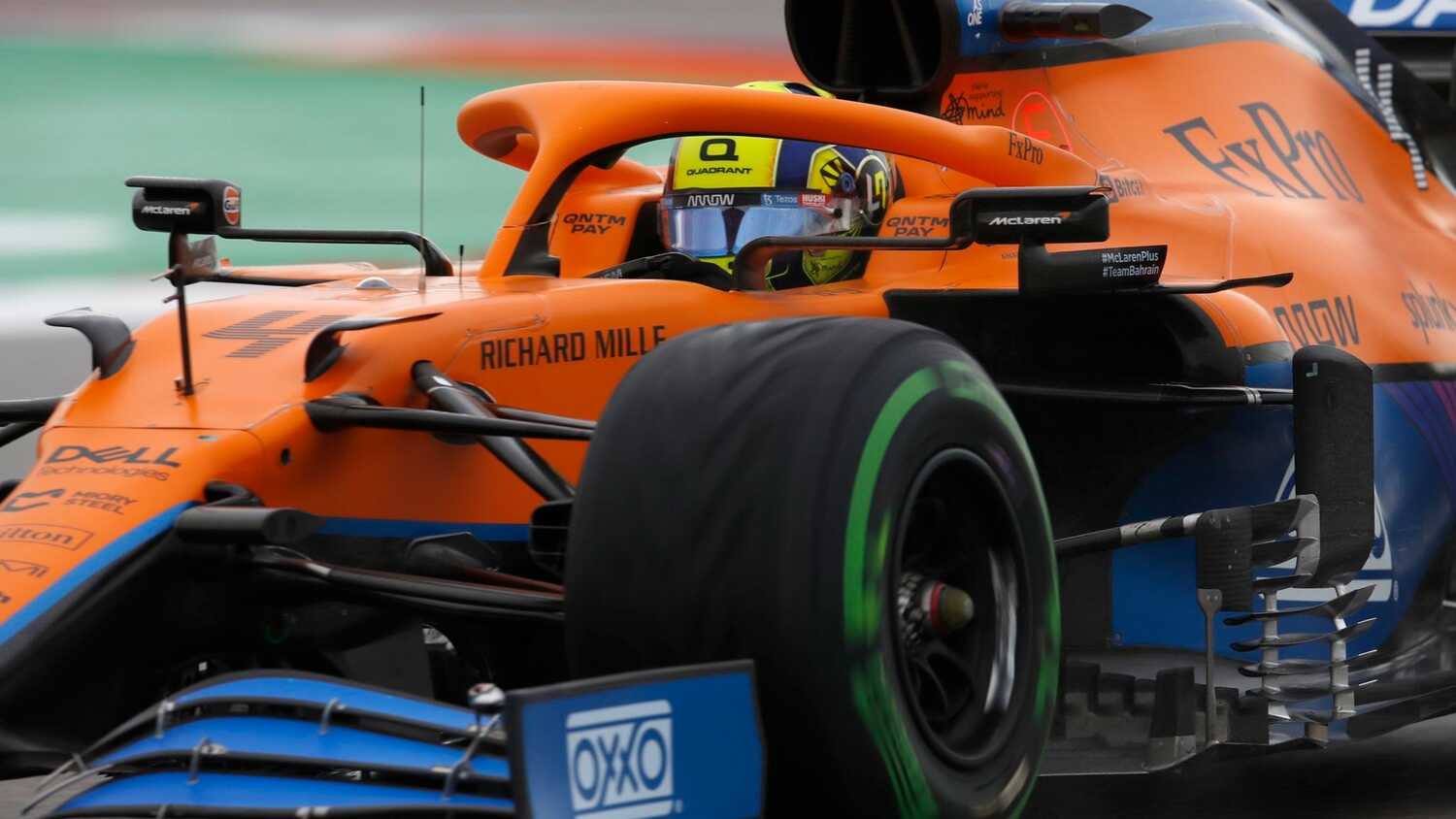 McLaren driver Lando Norris secured pole position in a dramatic qualifying session for the Russian Grand Prix, as Carlos Sainz qualified on the front row of the grid and George Russell took a remarkable third place.

A thrilling Q3 at the Sochi Autodrom saw the top 10 cars switch to the C5 Soft tyre compound with five minutes to go, which led to Lewis Hamilton crashing in the entry of the pit lane, breaking his front wing.

The seven-time World Champion then spun on his one flying lap as he struggled to get his tyres up to temperature.

Meanwhile, Norris, Sainz and George went to the top of the standings on their second flying laps, as they got up to speed and put their tyres in a window where they had enough heat.

Sainz initially went fastest, but Norris crossed the line just seconds later to set a 1:41.993, which was over half a second faster than the Ferrari driver.

Mercedes were on course to lock out the front row after dominating the majority of qualifying in the damp conditions, but Hamilton could only qualify fourth with Valtteri Bottas down in seventh.

Sergio Perez had a disappointing Q3 as he could only manage ninth place, splitting Lance Stroll and Estaban Ocon.

Sebastian Vettel missed out on Q3 by 0.052 seconds as he was eliminated from the second part of qualifying with AlphaTauri's Pierre Gasly and Yuki Tsunoda, who struggled as the 5.848km circuit dried out.

Gasly was visibly angry when he got out of the car as he missed out on Q3 for the first time since the British GP in July.

Charles Leclerc and Nicholas Latifi did not participate in Q2 because they have both taken on a fourth new engine, which will put them at the back of the field along with Max Verstappen on Sunday.

Verstappen didn't set a lap time because he will start at the back of the grid due to his grid penalty for using a fourth power unit.

Kimi Raikkonen was knocked out of Q1 on his return to F1 after he tested positive for coronavirus at Zandvoort. He was eliminated along with teammate Antonio Giovinazzi and the Haas pair of Mick Schumacher and Nikita Mazepin.