Here's the full weekend time schedule for the Russian Grand Prix, which will take place from 25-26 September, as the 2021 Formula 1 season continues. 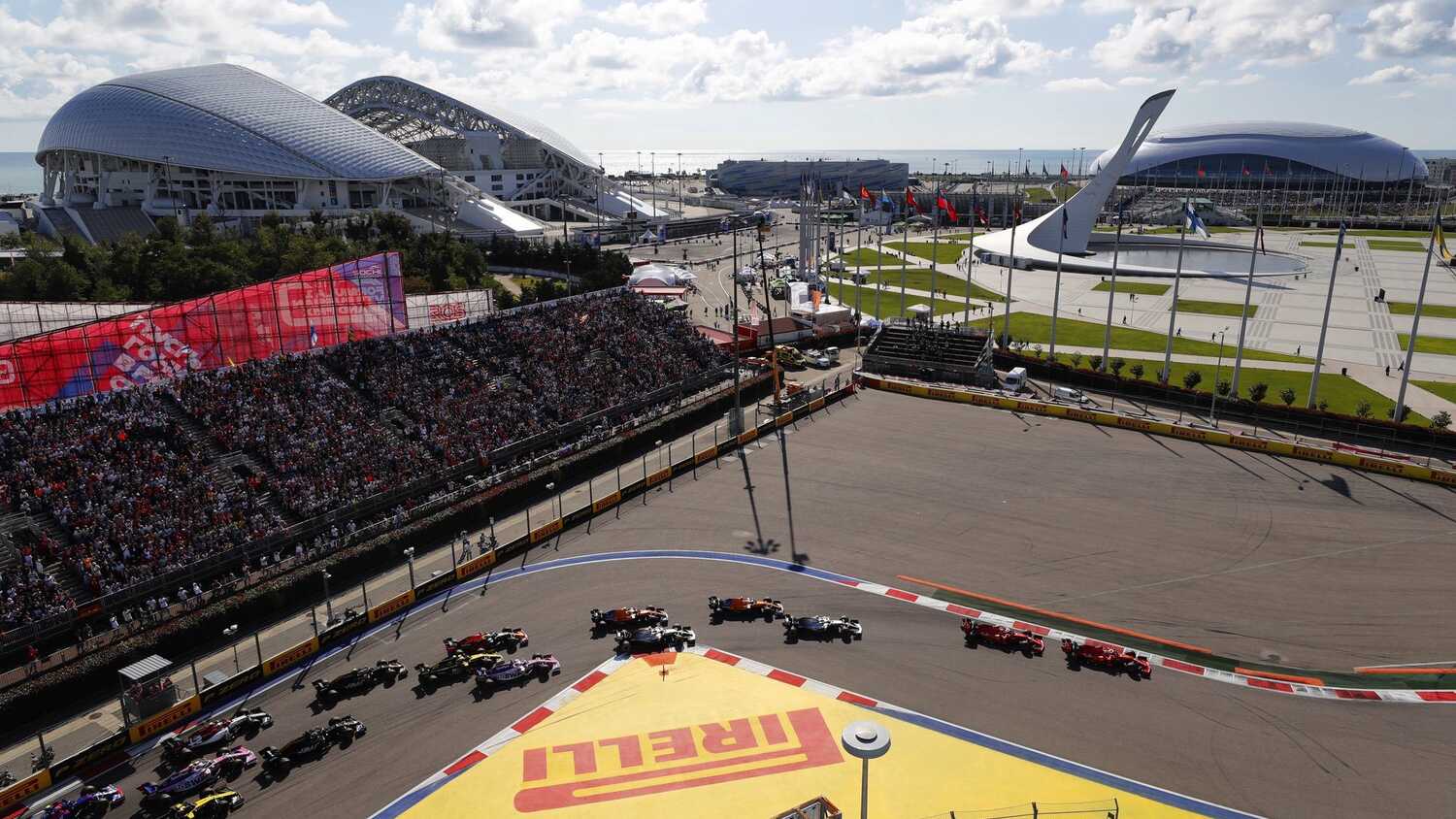 Formula 1 in 2021 has produced drama and excitement in abundance. The Russian Grand Prix makes its annual appearance on the F1 calendar this weekend and it could be the best event at Sochi yet.

Max Verstappen has a five-point advantage over Lewis Hamilton in the Drivers' Championship after the title protagonists controversially collided last time out at Monza.

Verstappen received a three-grid place penalty for the incident which likely makes Hamilton favourite for victory around the Sochi Autodrom.

Mercedes have won every Russian GP since the event made its debut on the F1 schedule in 2014. The long run down to the first braking zone at Turn 2 always creates some tight wheel-to-wheel racing and is often an unpredictable affair.

McLaren head into the weekend with momentum on their side following Daniel Ricciardo's victory at the Italian GP, where he led a 1-2 for the team as Lando Norris crossed the finish line close behind. Don't be surprised if they are in contention for a podium spot this weekend.

F1 reverts to its normal format in Sochi after the second 'Sprint' event was held in Monza.

Heading into Saturday, there is another hour of practice with FP3 at 10:00 before qualifying at 13:00, when the all-important pole position will be up for grabs

This will determine the grid for Sunday's Russian Grand Prix, which takes place at 13:00.

RacingNews365.com will be on hand to cover all of the action and you can find our live blog here. We will also have exclusive interviews, news and analysis throughout the entire weekend in Russia.

What time does the Formula 1 Russian Grand Prix start? Check out the full schedule below.*

*Sochi is two hours ahead of the UK