The British Grand Prix will take place between July and June 20, 2021, here's everything you need to know about the session times and where you can watch all the action unfold. 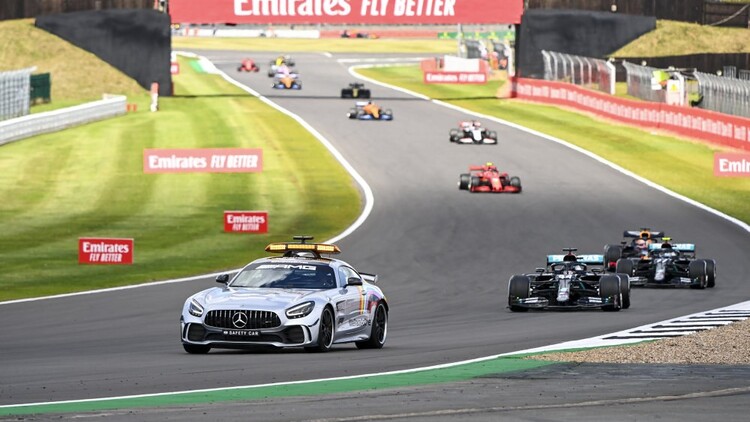 The 2021 British Grand Prix is set to be another key event in the 2021 Formula 1 World Championship as Lewis Hamilton looks to strike back on home turf. Hamilton is 32 points behind Max Verstappen and has it all to do at Silverstone.

Last year saw two races at Silverstone with the British GP and the 70th Anniversary GP. Hamilton and Verstappen took a win apiece in dramatic circumstances. Sadly there were no fans 12 months ago but that will change this weekend.

Silverstone will be allowed to have a capacity crowd for the British Grand Prix on 16-18 July. The track can hold about 140,000 spectators, which will make it the largest crowd for a sporting event in the UK since the start of the coronavirus pandemic.

RacingNews365.com will also be on hand to cover all of the action and you can find our live blog to follow every second including the first ever sprint race.

We will have exclusive interviews, news and analysis throughout the entire weekend in Britain.

The weekend gets underway on Friday July 16 with practice and qualifying as F1 introduces a new format. Saturday will see a second practice session with the first ever sprint race which will set the grid for Sunday's Grand Prix.

Qualifying on Friday will remain the same with the familiar Q1, Q2, Q3 knockout-style format whilst Saturday's sprint race will be a straightforward 17 lap race with no mandatory pit stops. The two practice sessions will be 60 minutes.

Sunday's race is one hour later than normal with a start time of 15:00 in the UK.

How can I watch the British Grand Prix?

The race will also be live on Channel 4 at the same time with the broadcaster showing every session of the event as part of the annual contractual agreement to show the British GP live.

Where to watch the 2021 British Grand Prix

Another way to view the British Grand Prix is through F1 TV, F1's own digital streaming platform that helps you get inside the pit lane while accessing real-time statistics and timing, along with historical content.

Can I listen to the British Grand Prix on the radio?