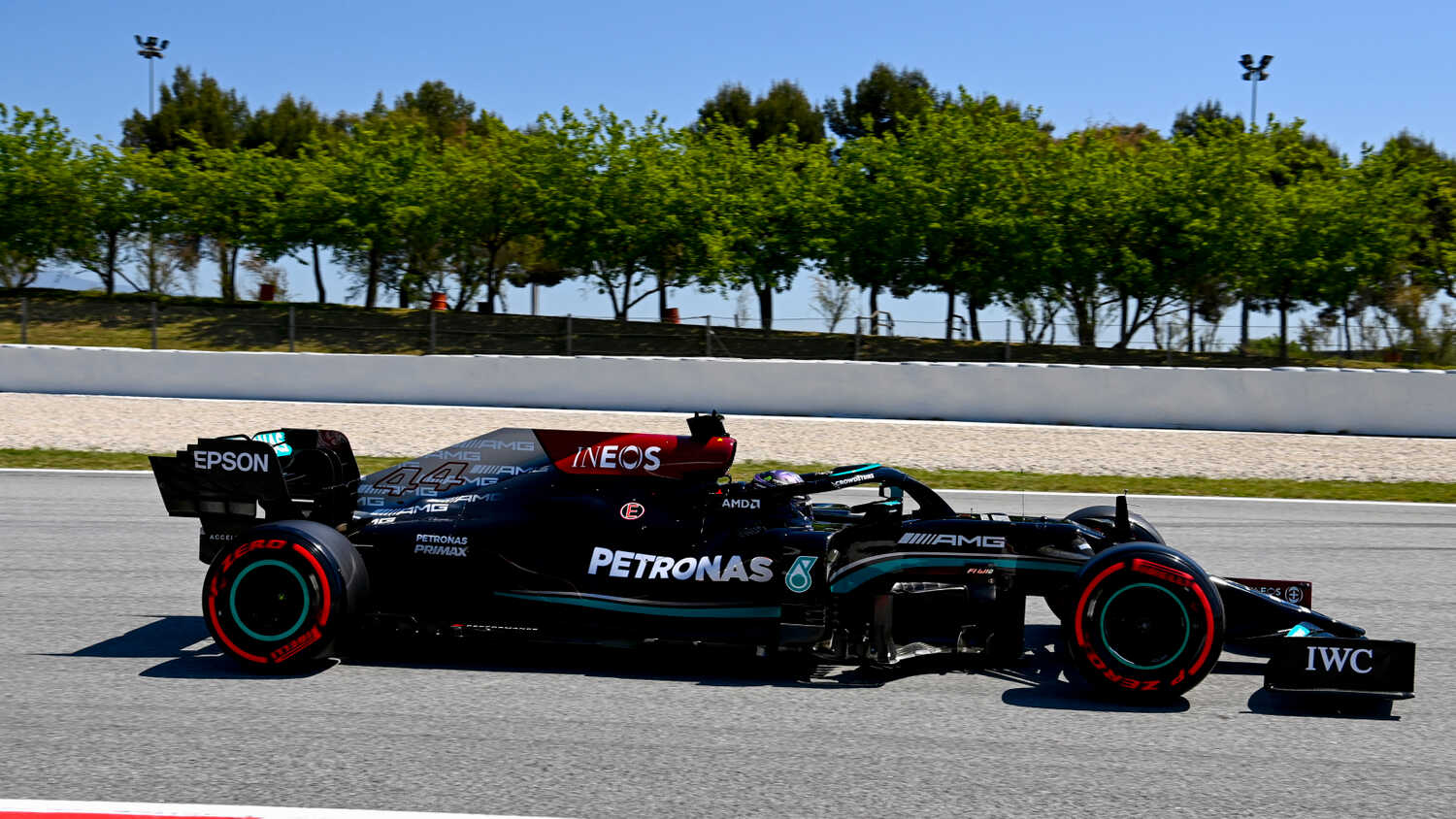 Hamilton set a 1:16.741 on his first flying lap in Q3, with Verstappen falling just 0.036 down on what the Mercedes driver managed.

With the drivers failing to improve on their second runs at the chequered flag, it was Hamilton who took pole and his 100th career pole position of his career.

The Mercedes driver managed to take the position despite a spin for Red Bull's Sergio Perez happening during his flying lap. Perez recovered quickly, meaning that Hamilton's lap wasn't compromised.

Mercedes' Valtteri Bottas finished in third place, with Ferrari's Charles Leclerc finishing a very competitive fourth and half a second away from third place.

Daniel Ricciardo made up for his Portuguese qualifying disappointment by finishing seventh for McLaren, 0.881 away from the front, with Perez having to settle for eighth after his mistake early in Q3.

Lando Norris finished in ninth for McLaren, with Fernando Alonso in tenth place for Alpine at his home race.

With a huge tyre delta of around 0.8 seconds between the soft and medium tyre, it was unsurprising to see everyone come out on the softs rather than try to get through Q2 on the medium tyre.

The two Mercedes initially led the way to start Q2, with Bottas setting a 1:17.4 and Hamilton a further two tenths back.

But it was Verstappen who made everybody sit up and pay attention, as the Red Bull set a 1:16.9 on his soft tyre run. He then promptly withdrew to the garage, not emerging again due to the extent of his advantage.

The two Mercedes drivers did come out to try again, and closed in a bit. Bottas set a 1:17.1, 0.220 away from Verstappen, with Hamilton going 0.024 slower than his teammate.

Sainz underlined Ferrari's pace as he finished in fourth, a further half a second behind, with Perez finishing fifth in the second Red Bull.

Norris had been held up badly in the final sector of his first flying lap, prompting him to go again.

Knocked out in this session were AlphaTauri's Yuki Tsunoda, who shouted, "I can't f**king believe this car!" as he was eliminated, having put in quite a fast outlap that may have worn out his soft tyres a little quicker than planned.

Kimi Raikkonen was 17th for Alfa Romeo, a poor display from the Finn after faring well through practice.

Haas' Mick Schumacher was 18th, with Williams' Nicholas Latifi in 19th and final place on the grid filled by Haas' Nikita Mazepin.