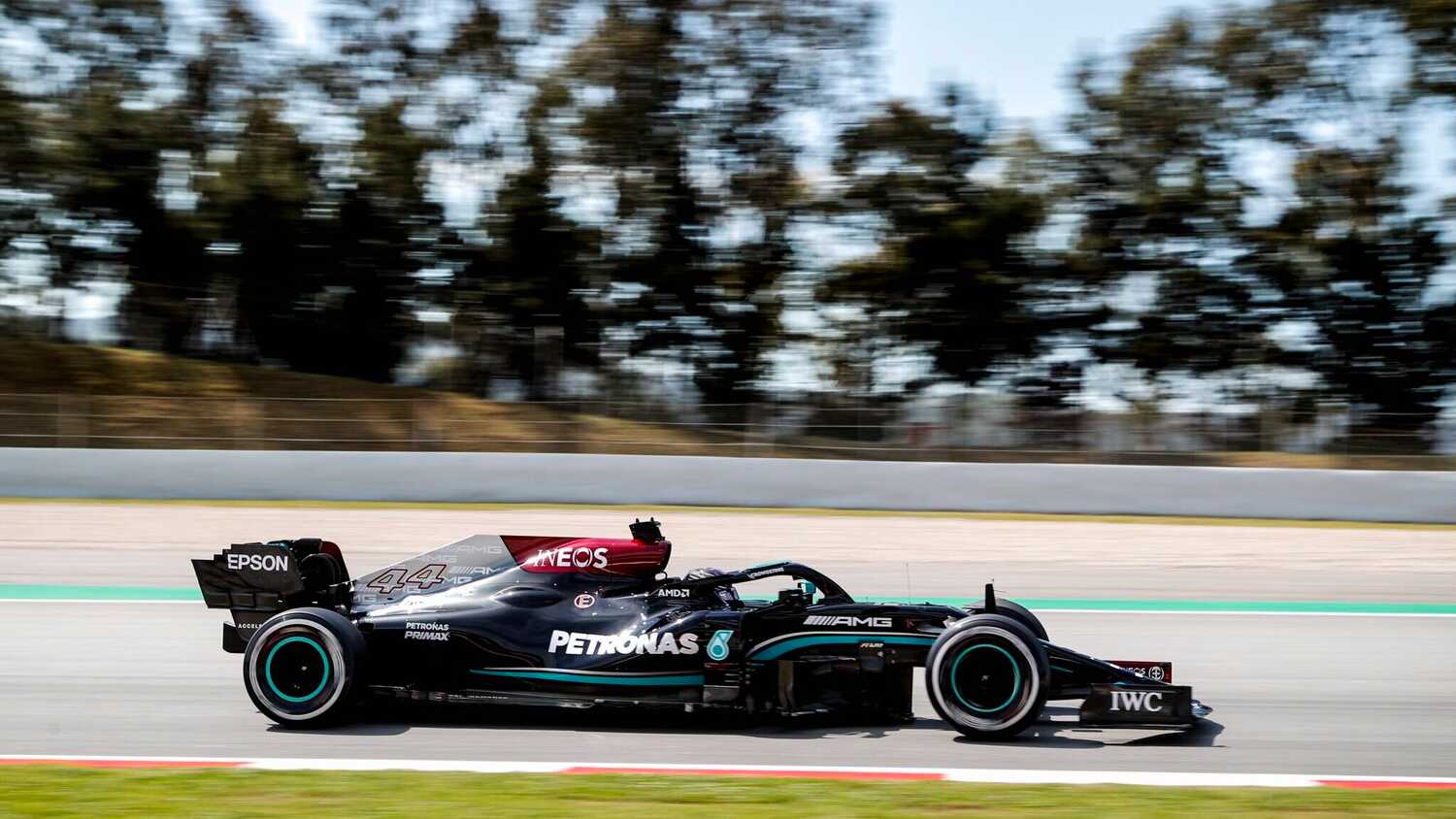 Mercedes have claimed a 1-2 in second practice in Barcelona, with Lewis Hamilton leading Valtteri Bottas.

The Friday afternoon session took place in hot and sunny conditions, with an air temperature of around 21 degrees celsius to closely match the expected conditions for Sunday's race.

Having put in their first runs on the medium compound, the switch to the soft tyre midway through the session saw Bottas spring to the top of the leaderboards with a 1:18.309. Seconds later, Hamilton pipped Bottas to put in a 1:18.170 to go 0.139 quicker than the Finn.

Unexpectedly, it was the Ferrari of Charles Leclerc who took third place. The Monegasque put in a 1:18.335 on the soft tyre to finish just 0.165 behind Hamilton.

Max Verstappen had looked set to be able to challenge the Mercedes authority, but made an error on his soft tyre lap. Leaving the newly re-profiled Turn 10, Verstappen ran slightly too wide and immediately backed off after realising he had fluffed the lap. He had been a tenth down on Hamilton's time at the point he made the error.

With Verstappen finishing in ninth, Sergio Perez didn't take up the Red Bull mantle and the Mexican finished in 10th place after a strangely subdued lap on the soft tyres.

However, the speed trap figures do suggest that Red Bull were reluctant to show their full hand, meaning that their ninth and 10th place finishes are unlikely representative.

With Red Bull out of the picture at the front, it was Alpine's Esteban Ocon and Fernando Alonso who finished in fourth and fifth respectively, split by just half a tenth.

Pierre Gasly and Yuki Tsunoda were sixth and seventh for AlphaTauri as the other Honda-powered team impressed. They were both just under half a second away from Hamilton's pace.

Carlos Sainz finished in eighth place for Ferrari, 0.504 away from the front and just over three tenths away from what Leclerc had managed to finish as best of the rest.

With the two Red Bulls rounding out the top ten, it was Aston Martin's Sebastian Vettel in 11th place. The German, enjoying the new upgrades to the AMR21, was 0.777 away from the front, leading teammate Lance Stroll by just over two tenths. Stroll finished in 14th, with McLaren's Lando Norris an anonymous 12th and Antonio Giovinazzi in 13th for Alfa Romeo.

McLaren's Daniel Ricciardo was 15th, ahead of Alfa Romeo's Kimi Raikkonen, with George Russell in 17th for Williams.

It was the usual suspects at the back, with Williams' Nicholas Latifi in 18th ahead of the Haas duo of Mick Schumacher and Nikita Mazepin.