Lewis Hamilton has led the way in the first practice session at the Jeddah Corniche Circuit, ahead of title rival Max Verstappen. 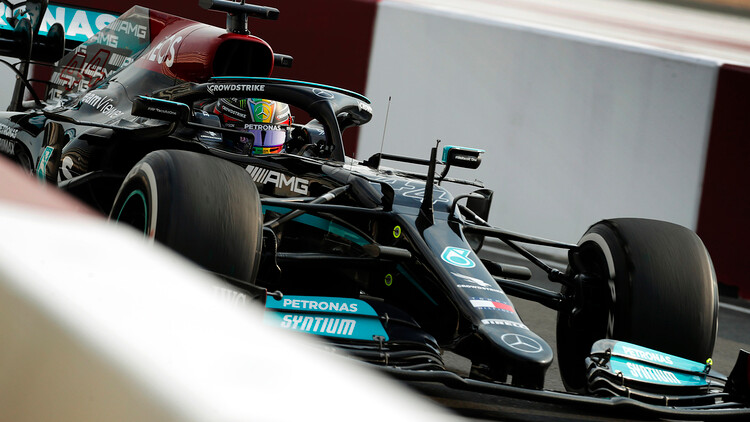 Lewis Hamilton has set the pace in the first practice session at the new Jeddah Corniche Circuit, as Formula 1 got the inaugural Saudi Arabian Grand Prix weekend underway.

The one hour of track action took place at 16:30 local time, in clear but fading light conditions, with air temperatures of around 30 degrees Celsius.

Given that it's a completely new venue, the session proved busy in terms of drivers lapping and learning the six-kilometre circuit, but proved to be a drama-free hour of track time.

Championship leader Max Verstappen led the way for the majority of the session, as the Red Bull driver initially set the pace on the Hard compound Pirellis, lowering his time to 1:30.014 on the Soft tyres.

But this time proved not quite enough to hold off the two Mercedes drivers as the pace ramped up. Valtteri Bottas set a time just 0.005s quicker than Verstappen's with a quarter of an hour remaining, but Hamilton smashed that by another quarter of a second moments later.

Right at the very end of the session, Verstappen crossed the line to set a 1:29.842 and slot in half a tenth behind Hamilton on the Soft tyre.

Bottas voiced his excitement with the circuit after going fastest, getting on the radio to say, "F**k, this track is cool!"

AlphaTauri's Pierre Gasly finished fourth, half a second away from the pace set by Hamilton up front.

Antonio Giovinazzi impressed as he finished in fifth place for Alfa Romeo, 0.532s away from what Hamilton managed, but set his time on the Medium compound Pirellis.

The Ferrari pair continued to be inseparable, like in recent races, with Carlos Sainz and Charles Leclerc taking sixth and seventh respectively, ahead of McLaren's Daniel Ricciardo.

There were surprisingly few incidents, considering the newness of the track, with the only yellow flags being shown when Verstappen and Alpine's Esteban Ocon got in each other's way at Turn 1, as the French driver backed off on a recharge lap. That seemed to annoy Verstappen, who used his car to block Ocon from quickly rejoining.